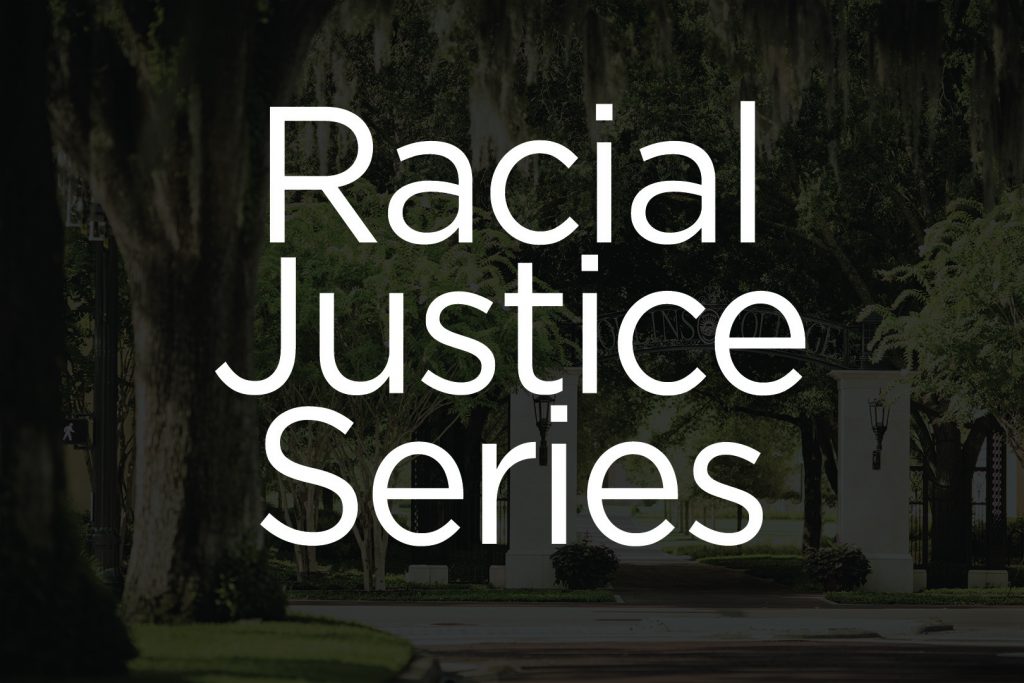 This past summer, the Crummer Graduate School of Business made the commitment to advancing the cause of racial justice.

In close partnership with Rollins’ racial justice initiatives, Crummer made the promise to listen, learn, respect the voices and experiences of our black colleagues, students, alumni and stakeholders.

As part of that promise, Crummer is facilitating conversations within its own community, including convening groups of students, faculty, and staff to have open discussions about what racial justice means to them and what they can do to help.

When the two students were approached by Crummer leaders with the leadership role, it was a perfect opportunity for Davis and Mattis to get involved from the very start of their MBA program. 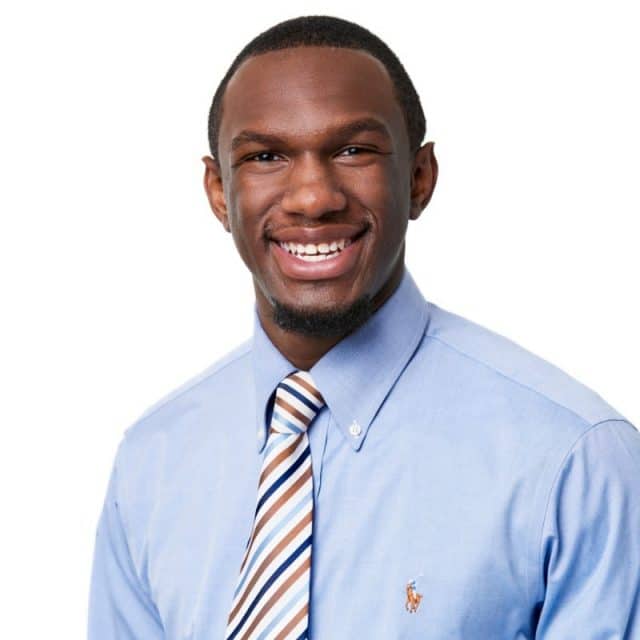 “Crummer realized we had a need, and they looked for students who were hungry and who were looking to make a change in the world around us,” said Davis.

Mattis accepted the position as well, fully aware of the responsibility business leaders have to make positive change in their communities.

Dean Dr. Deborah Crown says as Crummer examines the of social justice issue both inwardly and externally, having student leaders and voices involved in the process is paramount.

“During our self-reflective process, we examined and evaluated our own practices, and found that having student leaders involved in driving social justice change was a fantastic way to continue with our solution-oriented mindset,” said Dean Deborah Crown. “We are so proud of the work that Marcus and Ayanna have contributed to making Crummer a more inclusive and equitable community.”

As the first student leaders to hold their positions, Davis and Mattis are a part of Crummer’s Racial Justice Convening/Leadership Team and participate in meetings with faculty, staff, and College leaders, serving as the liaisons between the convening groups.  They have also spent considerable time meeting with convening groups of their fellow students, focused on listening to their peers’ thoughts and wants on the topic.

They have also been working closely with the Center for Leadership Development, examining the Center’s programming and finding ways to make it more inclusive and diverse.

As a leader on racial justice initiatives across the College, Sabrina Deshner, assistant director for the Center for Leadership Development is already seeing tangible benefits.

“We know that racial justice is a priority at Crummer, but the question is what does that look like? Everyone from the students, staff and faculty are eager to see it happen, so Marcus and Ayanna are figuring out what it looks like from a practical perspective,” said Deshner.

Currently, the student leaders are working to plan a large open forum, where students can have a safe space to talk, learn, and become better business leaders as a result of racial justice awareness.

Davis and Mattis are also working in partnership with Crummer faculty on an internal portal for faculty members that houses resources on social justice for business educators, so the faculty can have cutting-edge applications for their courses.

“There is desire to have these conversations and to move forward, said Mattis. “Student-wise, there’s been a ton of support; more students than I originally thought want to join in on this conversation.”

Impact is one word Davis and Mattis use a lot as they lead conversations amongst their peers.

They realize this is a lasting conversation that will continue on much longer than their time at Crummer.

“Evoking change does not happen in a day or a week; this is a lasting effort, so we want to make sure we make a lasting impact for the next generation of students who come through Crummer and to be able to add on to what we do,” said Davis.

“Crummer’s goal is to make sure this is implemented in the fabric of Crummer,” said Mattis, “whether it’s me, Marcus, or others laying the foundation, or other leaders coming in and taking over. We are taking the first the steps to get this into a comfortable and safe space.”

“I’m honored to be a part of this, being able to show that we are doing this for a reason,” said Davis. “I feel personally responsible, because this is something people can learn and use in the future. Being in this position comes with benefits, but also lots of responsibility. We want to make sure we are doing our best to make sure we are productive, sustainable, and laying the groundwork for the next generation.”

In the second Dean’s Breakfast Series, two negotiation experts discussed how to get the most out of important business deals.