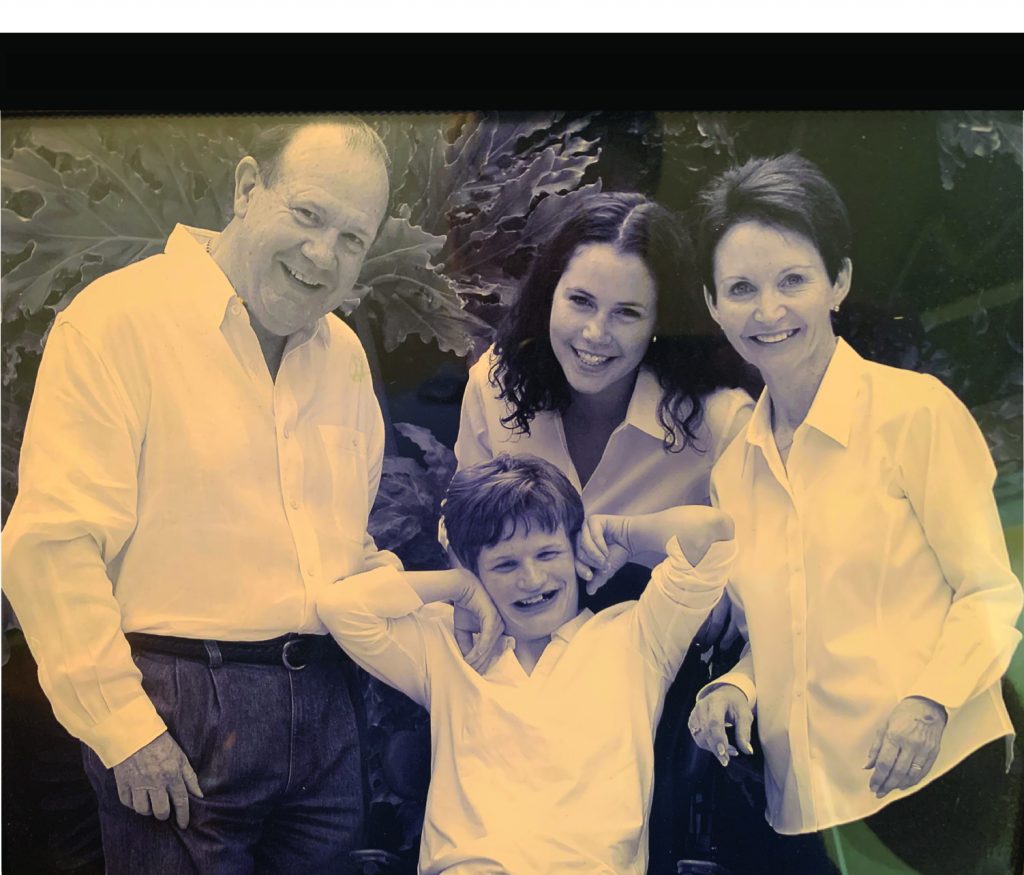 Crediting the connections he made at Crummer and Rollins, Crummer Hall of Famer Allan Keen `70 `71MBA `10H was able to secure the deal that made him the exclusive real estate broker for Universal Studios.

Allan Keen doesn’t know whether to call it luck or call it fate, but it was a set of random circumstances that put him on the path to become one of Central Florida’s most prominent real estate developers.

Upon graduation from Colonial High School in Orlando, Keen was all set on moving to Mississippi with his parents to attend Delta State College.

However, at the last minute, he was informed he qualified for a scholarship to Rollins College. He couldn’t turn down the opportunity for a partially paid for education, so he decided to stay in Central Florida for college.

Thinking he was going to major in English, History or Spanish at Rollins, fate struck again when Keen missed freshman orientation – and subsequently missed out on being assigned a freshman advisor.

Nervous that it meant he wouldn’t be able to attend college, he was quickly reassured they would find him an advisor.

Keen was assigned Dr. Charles Welsh, the Dean of the Crummer Graduate School of Business at the time. Keen quickly realized he wasn’t destined to major in English, History or Spanish.

“Once that happened, my track in life switched to business and economics,” said Keen. “It also meant that going to Crummer was inevitable for me.”

Dr. Welsh introduced Keen to Charles Rice, the CEO of Barnett Banks, who helped him secure an internship, and following that, a full-time role with Barnett Banks.

“I had a really good job and an opportunity most people didn’t get,” said Keen. “I had a bank car and my office on Park Avenue, but somewhere along the way, I decided that I wanted to go out on my own in the investment real estate business.” 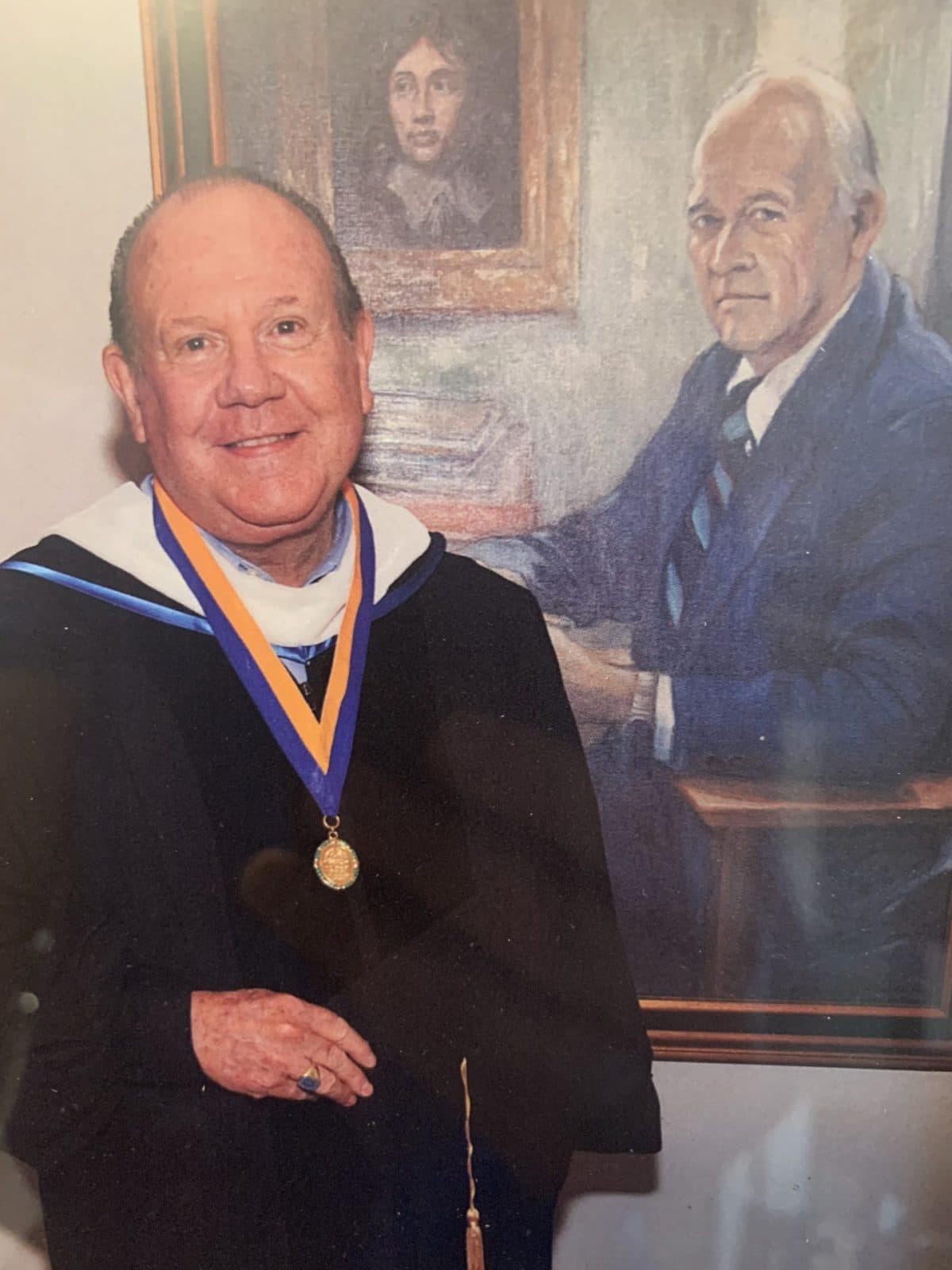 Keen left his only source of income and, with no experience in real estate, started working for commissions at an investment real estate company.

Through the recession in the mid-1970s, Keen made his living securing real estate investment deals.

“It was a tough time economically, but it was a great time to buy,” recalled Keen.

Once the recession ended around 1978, Keen had to transition his mindset from buying real estate to developing it.

“There was still an opportunity to do real estate, but it required you to do something with the property; you couldn’t just invest in it because now the prices were too high,” said Keen. “That’s when I did my first residential development, creating a single family residential subdivision. I was creating lots that I sold to home builders.”

With the numerous connections he developed during his time at Rollins and Crummer, through his time banking, and in investment real estate, Keen realized he had a big enough rolodex to go off completely on his own.

Keen had a Dutch connection he made selling one of his partnership’s properties to, and that connection was also interested in starting a real estate investment company in Winter Park.

So in 1979, because of the Universal client and the Dutch investor group, he partnered with a former Barnett Bank friend and associate to create The Keewin Real Property Company.

The Deals of a Lifetime

Keen’s connection with fellow classmate and Crummer alum, Bill Bieberbach `70 ’71MBA, led him to securing one of the biggest economic development deals in Central Florida history.

Bieberbach was working at a company that was going to partner with Universal to bring a theme park to Orlando. Knowing Keen from their days at Crummer together and his track record of real estate development, Keen was tapped to be the exclusive real estate broker for Universal.

“I always give him a lot of credit [Bill Bieberbach]. For 20 years I was the exclusive real estate broker for everything Universal bought” said Keen.

Keen says he was the first person to know about Universal’s development plan. Given the exclusivity of the situation, he had the opportunity to meet with Florida Governor Bob Graham and tell him about Universal’s plans to build a theme park and resort in Orlando.

“At the time, Governor Graham was flying out to L.A. all the time trying to get movies to come to Florida, but this was a much bigger deal,” said Keen.

As Keen was building Universal’s development team, he was also developing his own backyard in Winter Park.

One of the projects he’s most proud of developing is the Windsong properties in Winter Park.

“It’s one of the most successful residential communities in Florida,” said Keen.

It was through Keen’s relationships at Rollins that the Morse Foundation, who owned the land, gave him the opportunity to develop it.

“In four years we sold 257 lots for about $97 million, which was a huge economic success for the area,” said Keen. “Both the Universal and Windsong deal resulted from my time at Crummer and Rollins.”

Keen readily admits he wouldn’t be where he was without his Crummer and Rollins connections. It’s a big reason he has spent 31 years as a Trustee of the College and is an outspoken supporter of the impact of an MBA.

“It really does change lives,” he said.

Whether it be luck, fate, or in the right place at the right time – Keen seized the opportunities that came his way.

“I could’ve ended up in Cleveland, Mississippi and I would’ve been a totally different person,” he said. “I could’ve had an English advisor and gone on that track. It was all an unbelievable happenstance.”

Netherlands sustainability and marketing expert spoke to Crummer students about the importance of creating a sustainable future.

Crummer Ranked No. 1 in Leadership Development Four Years in a Row

For the fourth consecutive year, the Crummer Graduate School of Business at Rollins College was named the country’s top master’s program for leadership and organizational development.