‘Slowbalisation’: A Side-Effect of COVID-19 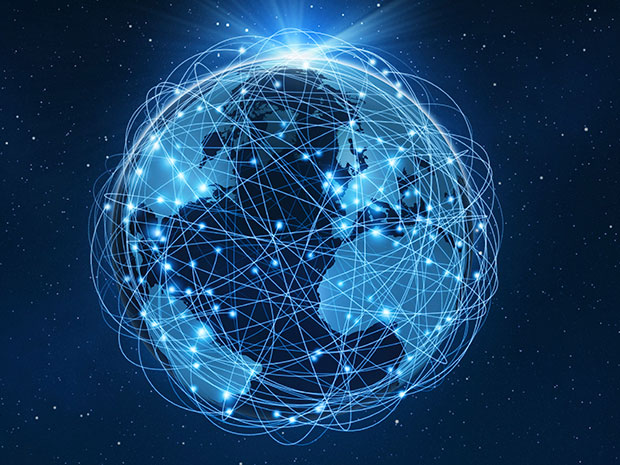 EDBA student Gustavo Miotti, researching globalization for his doctoral dissertation, says we need to continue global innovation despite the pandemic

This article was contributed by Gustavo Miotti, Crummer EDBA Candidate. Dr. Jim Johnson is his faculty advisor on his dissertation.

Even before the rise of COVID-19, scholars were asking if the world was already on the track toward de-globalization.

Global supply chains being stretched too thin has many U.S. policymakers and business leaders calling on bringing the production of more goods back to the United States, and cutting back on foreign investments.

This phenomenon has been called de-globalization, defined as the process of weakening integration and interdependence between individuals, organizations and countries.

The Economist developed a catchphrase for this phenomenon, labeling it ‘slowbalisation’. 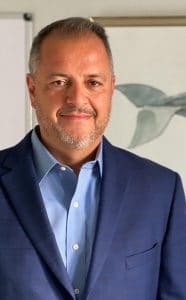 To understand the rise and possible fall of globalism, you have to look back to the 1940s.

In 1944, toward the end of the Second World War, the establishment of the Bretton Woods Agreement provided the framework for an unprecedented level of integration between most parts of the globe.

The Bretton Woods Agreement declared that “stability and prosperity should always be connected in order to prevent the world from other tragedies”.

The ensuing period of globalization contributed to a considerable increase in the development of the world economy and social indicators, and the process of economic integration was further accelerated with the fall of the Berlin Wall in 1989.

Generally, most economists agree that globalization has produced economic development and prosperity. Most of the indicators that are part of the World Bank Sustainable Development Goals show that the world has improved in terms of quality of life and economic development. Global average life-expectancy, for instance, rose from 52 years in 1960 to more than 72 years in 2016; this evolution was widespread.

Around the world, the rate of extreme poverty, an income below the international poverty line of $1.90 per day, was reduced from 42% of the world’s population in 1981 to 10% in 2015, according to the World Bank Database.

Although there have been previous phases of more or less globalization throughout history, it seemed that this time it was different, and it was perceived by many to be an irreversible process of integration and interaction of ideas, people, private companies, institutions, and governments enhanced by the evolution of communication and transportation technologies.

Even if unintended and not exclusively caused by it, globalization produced several negative consequences that invigorated the backlash towards it.

A Shift in Attitude

There has been a radical shift in individuals’ attitudes toward globalization in the last few years, especially after the Great Recession began in 2007. This seems to have fueled an unprecedented hostility against economic, political and social integration by the two key sponsors of the process: United States and the United Kingdom, as well as other nations.

The major side-effects that were caused or accelerated by globalization have led to a sharp increase in inequality in the most important economies in the world.

Also, there has been a rise in geographic inequality inside the United States, because there are some areas that have suffered from globalization, such as the rust belt of the Midwest, while others, such as Silicon Valley, benefitted from it. 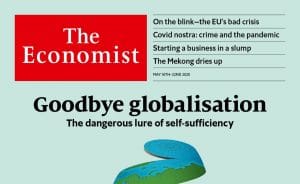 Even though criticism of globalization had been presented before, the Great Recession changed the perspective and boosted the rise of populism.

COVID-19 will add disproportional speed to de-globalization. However, although Foreign Direction Investment (FDI) flows are declining, the share of revenue that companies obtain outside their country of origin is greater than ever.

Supporting this ambiguity, the two major champions of globalization are producing policies toward a breakdown in the global trading order: the United Kingdom with Brexit, and the United States, engaging in trade wars with China and with its other major trading partners and political allies.

The two main drivers of globalization are technological advances and institutional changes.

The former are expected to continue, driving toward greater connectivity between economies and individuals around the world. This has had a critical impact on businesses; for the first time since 1945 there is a clear de-coupling of firm level strategies and public policies, while populist governments are promoting antitrade and anti-immigration policies in the developed world.

Institutional change has been more unpredictable since the start of the Great Recession, and we have seen the rise of right and left-wing populist movements beyond the United States and the United Kingdom, in places like Hungary, Poland and Spain, with skepticism towards globalization as their central message. That produces uncertainty for organizations and managers, who prefer stable environments that provide normative and regulatory frameworks in which to operate.

In order to escape from this deep social and economic chaos, the world needs to unite behind the governance frameworks created in 1944 and transform globalization 2.0 to a new more equal and economic friendly version.

We should never forget the golden rule in interpersonal and international relations, which is to “treat other people the way you would like to be treated”.

History has taught us that in the past, when countries decided not to follow this maxim, it led to the worst chapters in our civilization. Now, COVID-19 is doing its terrible part in accelerating this.

Enjoy the sights and sounds of 2019 Crummer Graduation, with inspirational words from commencement speaker Roseann Harrington.