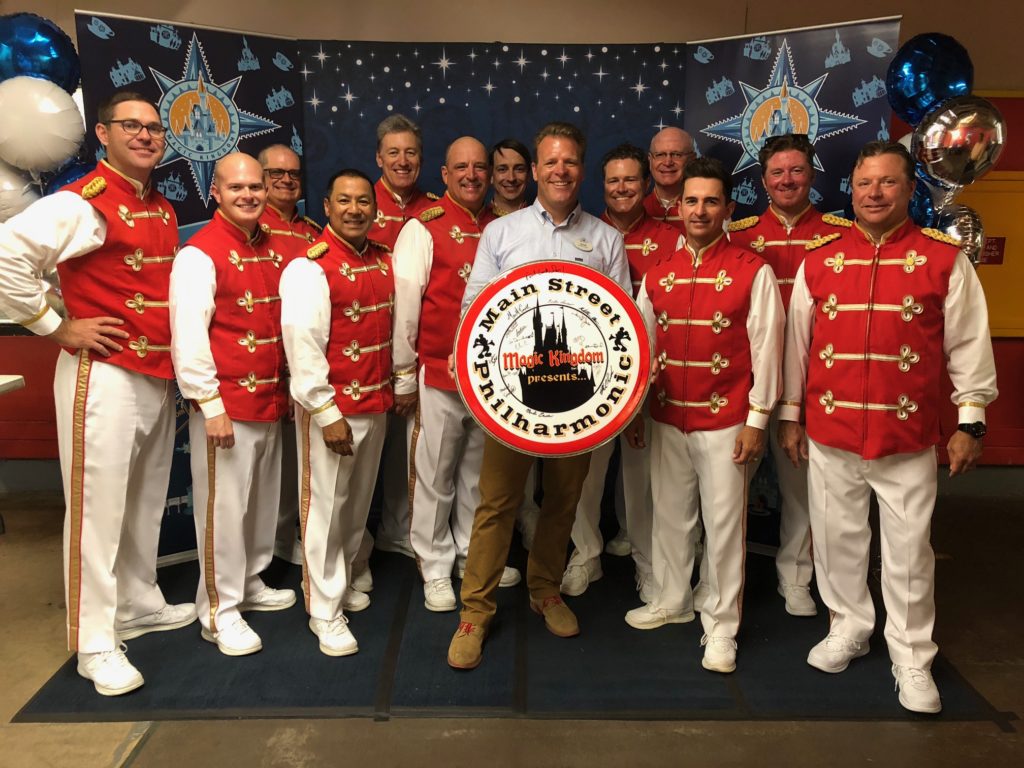 Gripping onto the control bar, harness fastened onto his torso, former Magic Kingdom Vice President Dan Cockerell is finally getting the hang of this thing.

The wind is gusting at just the right speed for the kite to accelerate his movement, and after nearly 9 months of practice, Cockerell is standing up, cruising along the idyllic Cape Canaveral coast on his kiteboard.

Just like much of his incredible 27-year Walt Disney World career, Cockerell has done things in an unorthodox way.

His newfound hobby for the extreme sport of kiteboarding, likens to his willingness to immerse himself in a foreign country where he did not speak a lick of the language at the ripe age of 22. 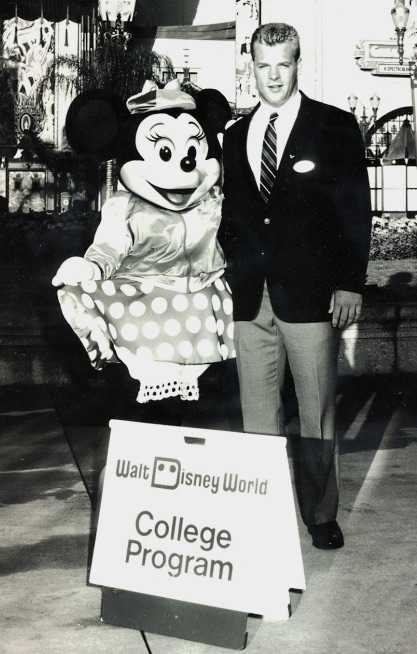 In his early years, Dan was never in the same place for very long.

His father, Lee Cockerell, former Executive Vice President of Operations for Walt Disney World, moved quickly and often. At the time, Lee Cockerell worked in the hotel industry, and Dan moved from Chicago, to California, to Philadelphia to New York growing up.

Upon graduating high school, Dan didn’t have much direction on what he wanted to do with his life. So following his athletic prowess, he walked onto the football team as a running back at Boston University.

“After that year I discovered I was too slow, too short, and too unskilled to play at that level,” said Cockerell. “These guys were serious.”

The following year Cockerell discovered rugby. “The rugby guys were serious too, but after a match, boy, could they throw a party. I fell in love immediately with the sport, but more importantly the camaraderie.”

“My sophomore year I ended up coming down to Walt Disney World in the College Program,” said Cockerell.

Just like the 6,000 students that come to Orlando every year to work at the parks as part of the College Program, Cockerell stayed in the Disney housing and took the shuttle to work every day.

By Dan’s graduation from Boston University, Lee Cockerell had begun working at Walt Disney World, and advised his son to use his connections, as well as his own experience in the College Program, to land a job at Disney.

At the time, Dan still didn’t know what he wanted to do with his career (he had majored in political science). Following his father’s advice, he drove down to Florida to interview with Disney—or as Disney would put it, he went to casting.

“I went to casting, and they asked me what I wanted to do. I asked them what they had, and they said they had a management trainee position in the parking lot, and I took that job,” said Cockerell.

“A lot of people were asking me what I was doing,” said Cockerell. “It was a hard job, and I think it helped me later in my career, because I remember vividly how hard those jobs are. Being able to have credibility with cast members when I got to those big roles was important.”

Dan advises anyone to take their experiences they are in now and find a way to use them to their advantage.

“I took that opportunity to be a fly on the wall cast member to see how managers handled certain situations, what they said, what they didn’t say, how often they were around, and what people thought about it.” 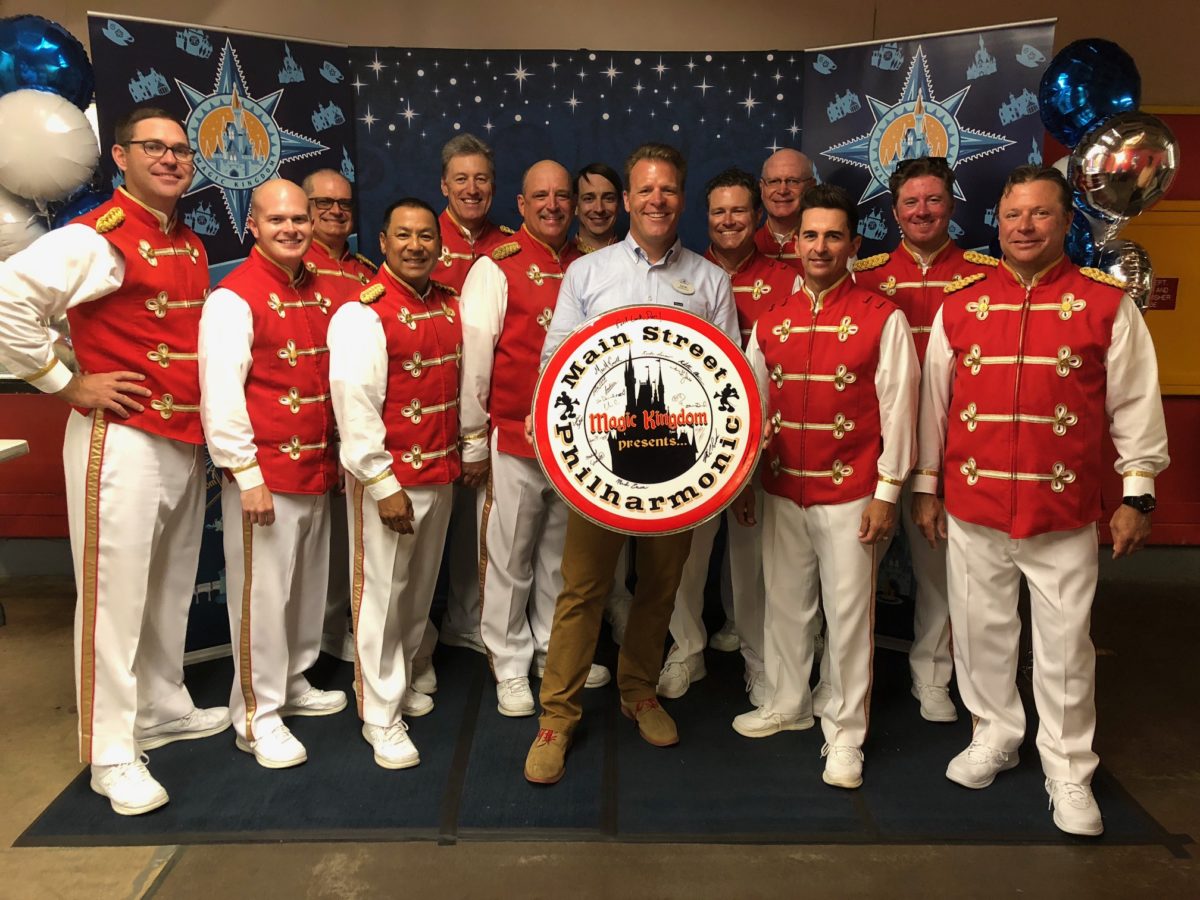 Across the pond and back

After a successful six-month stint working in parking, Dan’s first big opportunity came when he was offered a position to help open Disneyland Paris.

“I often say I went from domestic parking to international parking, so I opened the parking lot in France,” said Cockerell.

He calls that initial six months in France one of the toughest times of his life.

“I spoke very little French when I got there,” said Cockerell. “It was French all the time. You had to answer the phone in French, and very few of my cast members spoke English. So you really get immersed and have to learn fast.”

He said that experience humbled him, and he will never judge someone who comes to the United States and has trouble speaking English, as he was the one making grammatical errors and having trouble understanding people.

Aside from expanding his global perspectives, Dan also grew personally, meeting his wife of 25 years, whom he has three kids with, in France.
Five years later, Dan took on a new role as an operations manager at Epcot.

His willingness to learn, and experience in virtually every sector of Disney operations made him an attractive candidate to the upper brass as he worked his way from frontline cast member in parking, to frontline manager, senior manager, general manager and as park Vice President of Epcot, Hollywood Studios, and finally Magic Kingdom.

Creating the ‘Magical Experience’ and using the Crummer mission

When Dan Cockerell started his MBA program at the Crummer Graduate School of Business, he was still moving up the ranks at Disney, while juggling the task of growing his family with his wife.

“I loved Crummer’s approach to collaborative environments,” said Cockerell. “We learned a lot about team dynamics, where you refer to the expert and you defer to leaders. Everyone gets to step up as the leader because they have a different skillset.”

It was one of the busiest times of Dan’s life, but also one of the most rewarding. Having taken no business or finance-related courses in undergrad, Cockerell credits his time at Crummer to not only understanding the inner workings of business, but also learning how to approach problem solving in advanced senior roles.

“I found myself in situations at Disney where I could use my gut instinct, my past experiences, and if I had neither of those, I used a methodical way to ask questions until I could define the problem. That’s what was really helpful from the MBA program,” said Cockerell.

Having graduated with his MBA in 2001, Cockerell used his knowledge at Crummer to help maintain the guest-first, attention-to-detail environment that Disney is internationally known for.

“At Disney you’re not allowed to have a bad day, the guest is there and is paying a lot of money,” said Cockerell. “You have to cultivate personal relationships with the cast members, that fills in a lot of gaps, a lot of gaps in trust, in credibility.”

A big reason you will never see a Disney cast member stray from the “Disney way”, is the crystal-clear expectations Dan says the company has.

“Everything from how far should a trash can be from another trash can. To when you walk into a restaurant, what is the greeting you should be using, and within how many seconds should a guest be greeted when they sit at a table,” said Cockerell. “You have to set really clear expectations for the cast.”

Dan says much of his day as a Vice President of Disney was being a people-person, making sure to interact and create those relationships with every cast member, instead of being an unapproachable figure in an office.

Finally, he had to make sure that the cast members were being appreciated for the work they did.

“The last piece to my success is reward and recognition, when someone does something correctly, you have to recognize that, to reinforce that behavior,” said Cockerell.

Leaving it all behind

It was just another day, in the shuffle and bustle of one of Central Florida’s most prestigious jobs when Dan Cockerell’s wife asked him, “What is next for us?”

Just shy of 50, Dan spent well over a year grappling with that question.  Up until then, he had never thought about it.

“When you’re so busy at Disney, you go in every day, and I told her, I have a castle, a moat, princes and princesses,” said Cockerell. “It’s great but we want to see the world while we are still healthy, young and can do that.”

Dan officially retired from Walt Disney World in May, and started his own speaking and executive coaching company.

“My dad did it when he retired from Disney; he learned a lot, wrote books and does a podcast,” said Cockerell.

Calling it the “second half” of his career, his plan is to have fewer plans.

“It is going to be less predictable and will have much more free time, with much more control over what we want to do,” said Cockerell. “We will be traveling as much as we can.”

And, of course, there will be more time for kiteboarding.

The salty ocean breeze off the Florida coast pushes Dan Cockerell and his kiteboard miles down the Cape Canaveral coast. Proud of himself for finally getting a grasp on this wildly difficult sport, he still hasn’t figured out how to turn around.

Thankfully, he brought his cell phone.

But no worries on the wait to be picked up, time isn’t much of an issue anymore.

“I’m working on that,” laughs Cockerell.