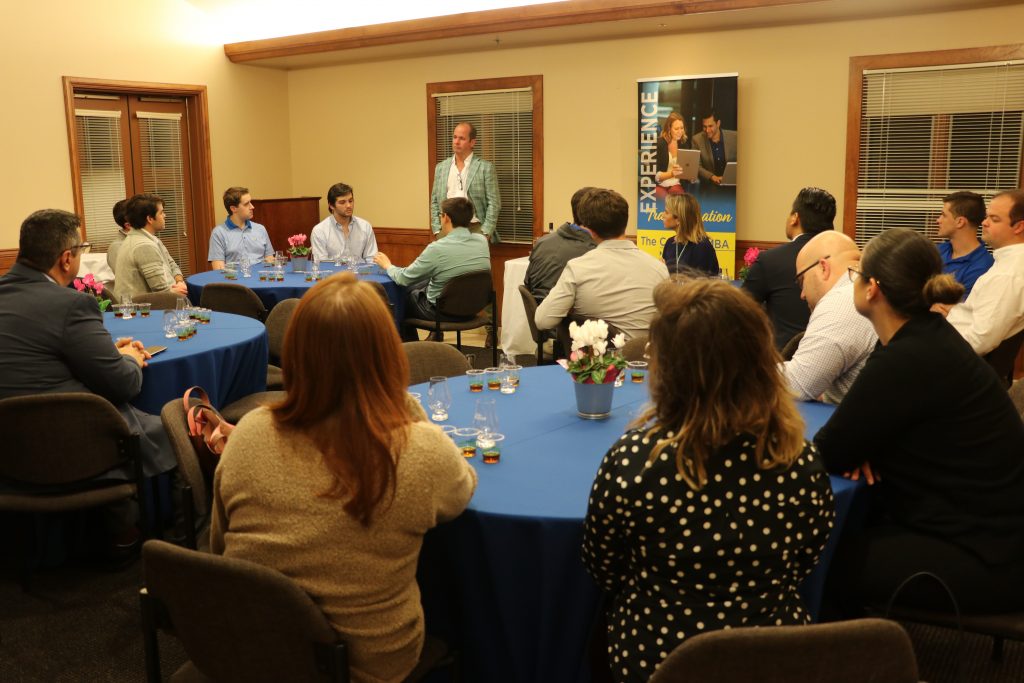 Old Forester President Campbell Brown `90 stopped by the Crummer Graduate School of Business at Rollins College to speak with students in the Family Enterprise in the 21st Century class and take them through a whiskey tasting afterwards.

Brown spent the major of his career in the family business, starting out in the mailroom of the Brown-Forman Corporation, before enrolling at Rollins College for undergraduate. He spent over 20 years with the company before ultimately being promoted to lead the legendary bourbon brand as the President and Managing Director of Old Forester in 2015.

He previously served Brown-Forman in the emerging markets of India, the Philippines, and Turkey, and most recently led the Company’s wine and spirits portfolio in Canada and the Midwest region of the U.S.

“What an honor it was to have Campbell Brown, a 5th generation member of the Brown family, here to spend time in an intimate setting with our students. With 4,600 employees and 25+ global brands including Jack Daniels, Campbell shared some of the secret formula behind being one of the very few publicly traded, family-controlled companies,” said Mike Kazazis, who co-facilitates the course along with Lynn Frederick.

See photos from the event:

While family enterprises can have much in common with non-family, private or publicly held companies, there are characteristics that are unique only to family businesses. Family Enterprises in the 21st Century is an introduction to the basic concepts specific to family enterprises such as governance, ownership structures, values-based decision making, succession planning, intra-family conflict management and inter-generational dynamics, and will give students the understanding of the challenges and opportunities of family enterprises in order to be informed employees, owners and/or shareholders.

Previous speakers in this class include:

As The Global Links Initiative celebrates 10 years of success as a cross-cultural program empowering women through education and entrepreneurship, we share 10 exciting updates from the program.