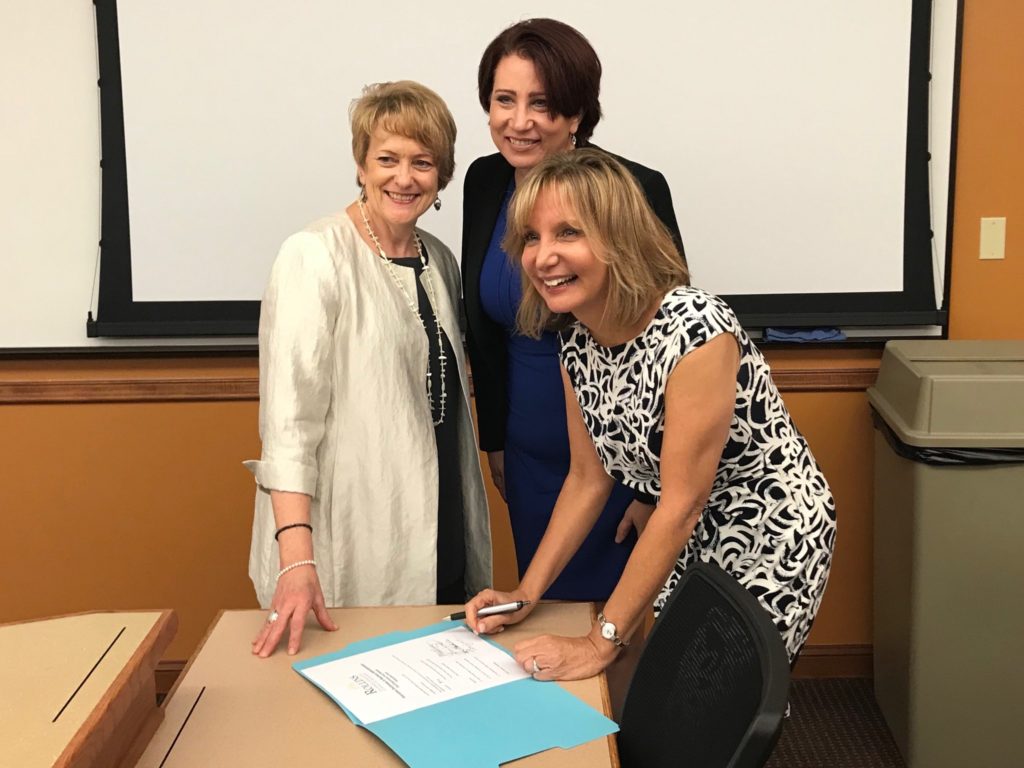 As a young mother breaking into the field of public accounting in the early 1990s, Dr. Susan Jackson learned quickly that a 65-hour work week on top of raising a young child was considered the norm.

Resilient and hard-working, Dr. Jackson was able to balance the madness at first, although sleep was a rare commodity.

Eventually, the laundry was piling up, the sleep deprivation was taking its toll, and spending time with her daughter was more important than climbing the corporate ladder.

“It was difficult, and I did it for a couple of years; then I said this is not for me. I liked the work—I just didn’t like the environment,” said Dr. Jackson.

So, she did what many women working in public accounting were doing.

Interestingly, the gender shift of women into the U.S. labor market is particularly prominent in the accounting profession. In 1970, less than 10 percent of bachelor’s degrees in accounting were awarded to women. Since the late 1990s, the percentage of female accountants entering the profession has increased to a gender-majority, at 57 percent.

However, The American Institute of Certified Public Accounting reports that while women make up 49 percent of the public accounting workforce, only 22 percent of firm partners are women.

Where are all these female accountants going?

Dr. Jackson says they are chasing a better work-life balance, just like she did when she left public accounting to work for a sole proprietor that valued a family-work life balance. She said she had the same demanding responsibilities at her new job, but her new employer allowed her to work flexible hours when she needed to and let her bring her daughter to work if she didn’t have childcare that day.

That’s why when she came to the Crummer Graduate School of Business for her doctoral degree, she knew she wanted to pursue a dissertation studying the job satisfaction of women in public accounting and the impact of a work-family culture.

Dr. Jackson theorized, based on her own lack of benefits when she was in the public accounting profession, that the professionals who do now have those benefits would be happier at their jobs.

“I wanted to look at job satisfaction, if an employer offers benefits that give the employee control over how and when they do their job, if that would make them happier,” said Dr. Jackson.

What she found, wasn’t exactly the case.

Using the methodology of a 465-person anonymous sample size from various-sized accounting firms, Dr. Jackson asked respondents a series of questions about the work-life balance and “family-friendly” benefits that are offered at their respective firms.

The results showed that it wasn’t strictly a benefits package that made the employees happy; it went deeper than that.

“What I found was that, the benefits themselves did not make people happier, men or women,” said Dr. Jackson. “It was the culture of the workplace that made people happy.”

Another surprise she found from the study, was that it wasn’t just working women or younger folks that appreciated a family-friendly workplace culture.

“I found there wasn’t a statistically significant difference between the ages,” said Dr. Jackson.

She also found men appreciated a family-friendly workplace culture just as much as women.

“I attribute that to the younger generation taking a more active role in raising their families, “said Dr. Jackson.

Dr. Jackson says many employers have made substantial efforts to increase their benefits packages in order to retain and attract high-talent employees, but she found many people didn’t even know the full benefits package that they are offered.

“I found was that many people didn’t even know the benefits that they had. If the culture doesn’t support it, it doesn’t matter what you offer,” said Dr. Jackson.

Dr. Jackson prefaced her findings by reiterating she solely focused on the field of public accounting, so the results may differ depending on which field you look into.

However, she says a lot of the findings could be transferable to other fields.

“It’s the culture that says ‘hey we value you as a person, we understand you have a life outside the office and want you to have a good balance outside your life,’” said Dr. Jackson.

She also says companies can sometimes have organizational pockets, where one supervisor is supportive of the benefits package and another is not, which can lead to mixed messages across the company.

“If one department is doing it [supporting benefits] and not another, that is not sending the right message,” said Dr. Jackson. “It needs to start at the top down, with evaluation of supervisors on their performance.”

There’s still a long way to go, as women are still not seeing equality in the top ranks of the public accounting field, but Dr. Jackson says its nowhere where it used to be.

“It was a tough life. Back then when your child was sick, you didn’t even think about calling into work. Today it’s different,” said Dr. Jackson. “Things have changed so much.”