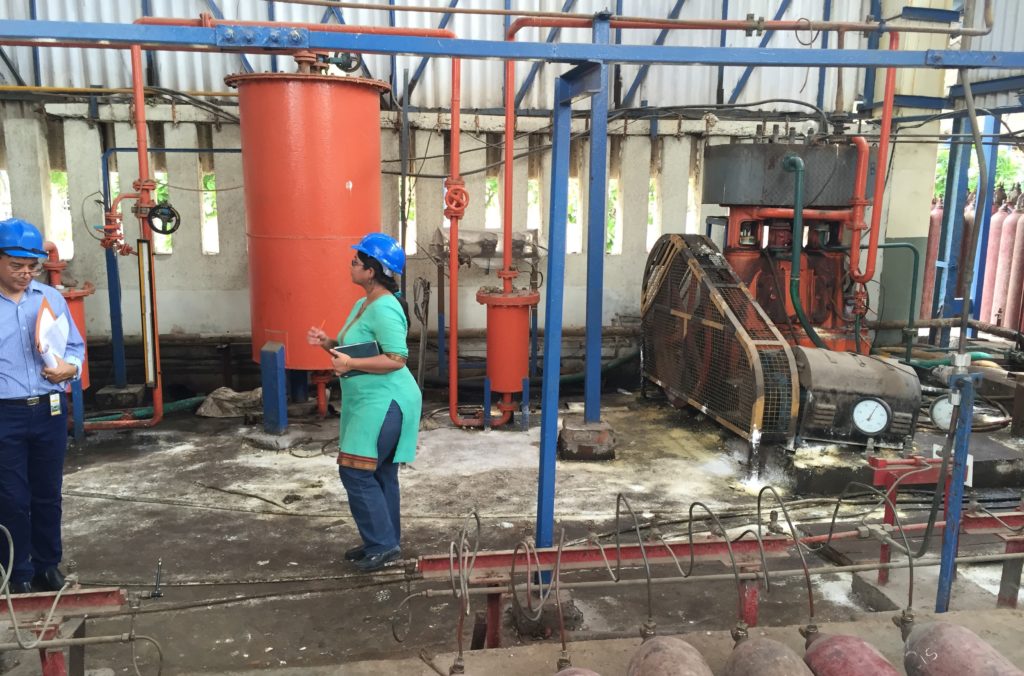 Twelve years ago, tired, nervous and a little bit anxious, Shail Derashri would wait for the 2 a.m. train to take her to her job site in India.

Her day was going to consist of going to a factory and telling men how to better operate their equipment, something they weren’t going to take well, especially since it was coming from a woman.

In some ways, that was the easy part. Other challenges proved to be greater reminders of her unprecedented position: If she needed to use the bathroom, it was a half-mile walk to the nearest women’s restroom. And if she wanted to chat with another woman at work, that too, wasn’t going to happen, as she was almost always the only woman there.

“It was unsettling,” said Derashri.  “It’s unnerving when you know you have to walk half a mile to go to a washroom in a building.”

Despite this, she knew, deep down that she was breaking down barriers, and all of this was worth it.

Shail Derashri spent most of her working life in the energy management field in India, where her father is the owner of Academy for Conservation of Energy – a company specializing in energy audits; which involves working with machinery to best optimize energy usage. 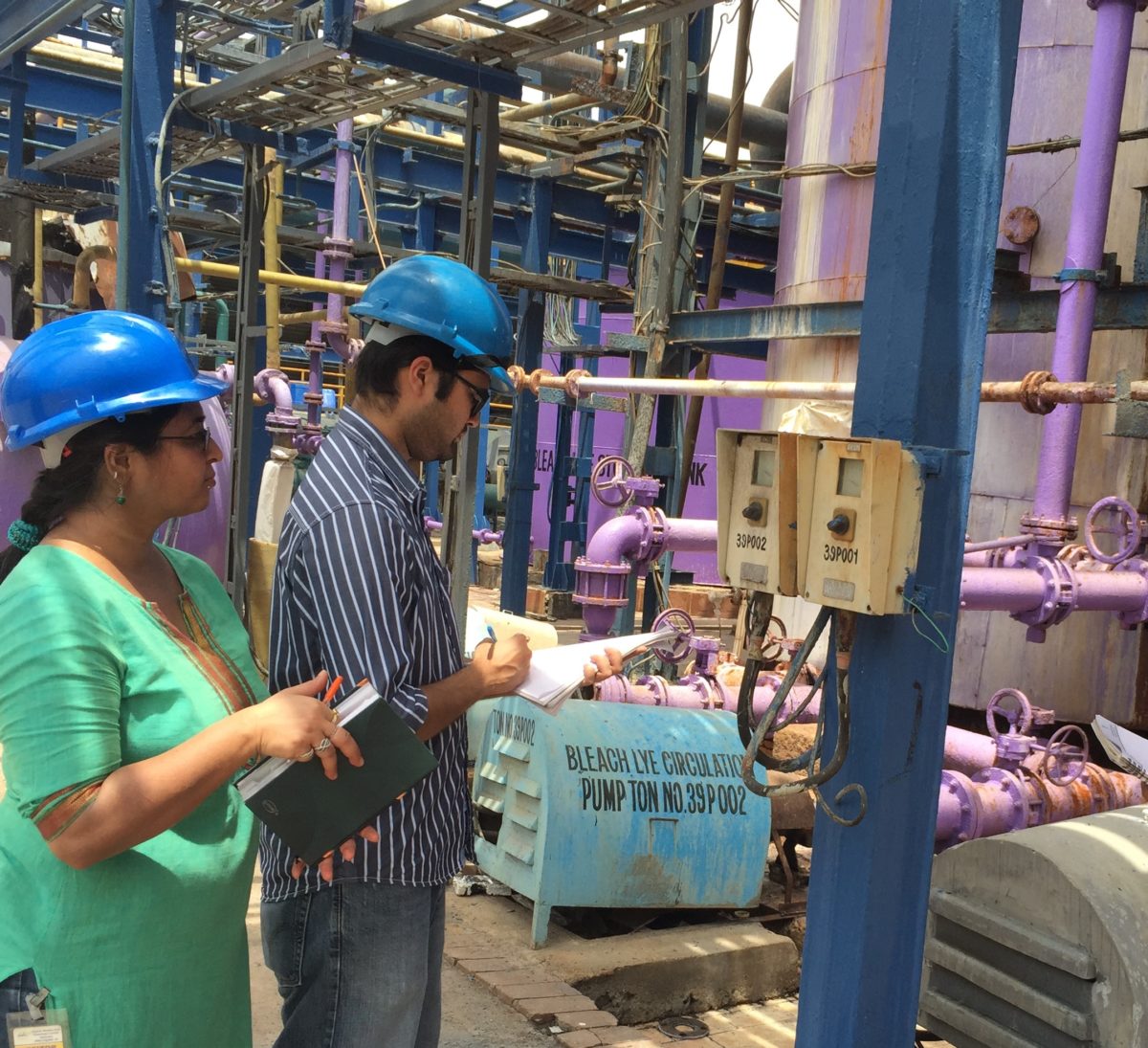 Wanting to advance her career and buff up her credentials, she traded India’s heat for Florida’s humidity and came to the Crummer Graduate School of Business for her MBA, with an emphasis in entrepreneurship and operations.

“The primary factor of coming here to Orlando was the weather since it’s similar to India’s. For Florida MBAs, Crummer is the ‘sealed-and-shut’ name as the best one,” said Derashri.

At Crummer, she found a home away from home.

“Those halls and doors are such powerful time portals,” she said as she walked through years later.

At Crummer, she learned the skills that prepared her to go back to India, where she would continue to work in a field that isn’t female-friendly.

“Crummer helped a lot, because it has the leadership classes specializations like operations and entrepreneurship that were immensely valuable later in my dealings when people weren’t cooperating and listening to what I had to say,” said Derashri.

She credits Crummer for giving her the skills to communicate better, especially with the men in India who were hesitant to listen to her advice.

“Getting people on board with what you are thinking and letting them see what’s going on in your mind, it had been a challenge to me previously. Crummer offered me this skill set that required me to see beyond that, to see beyond the gender to go out and get the job done.”

Her father, as an energy company CEO, was able to connect with his daughter better on a professional level, as well.

“The degree immensely helped my dad’s company to also venture into areas that we thought we’d rather not. The degree in entrepreneurship helped me communicate with my father better,” said Derashri. 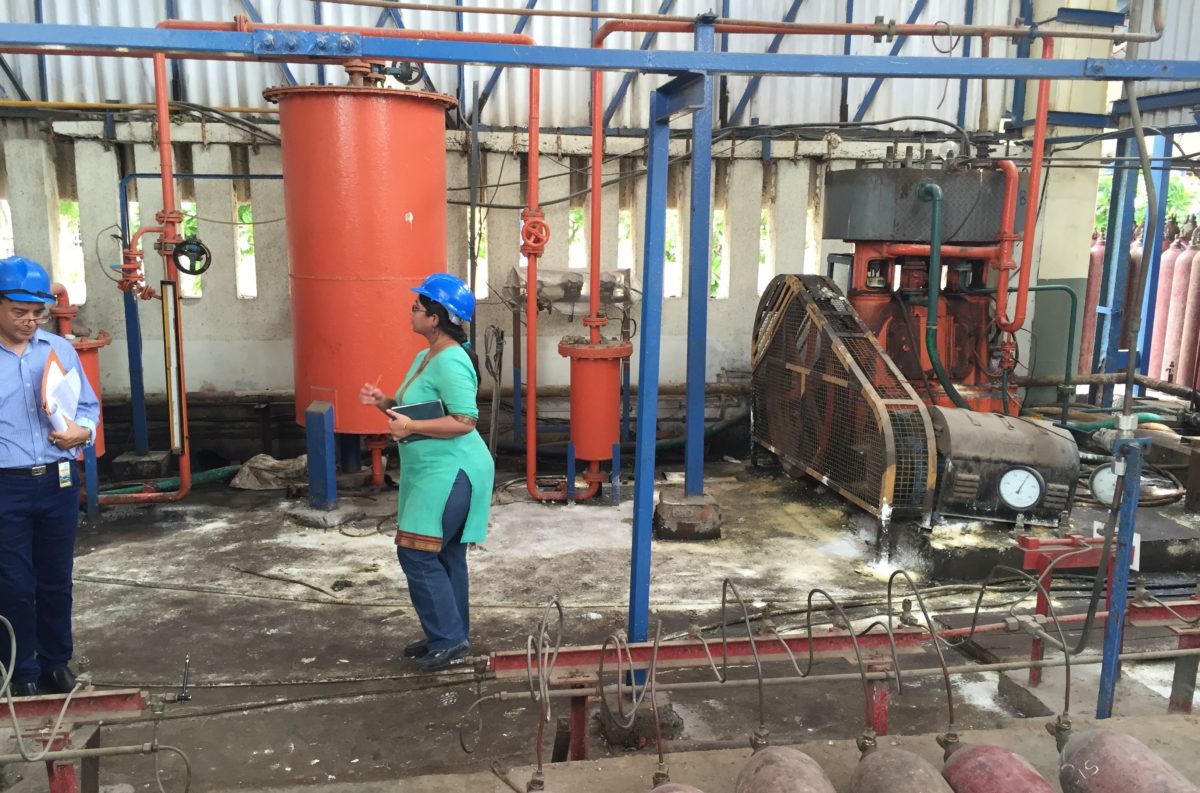 After graduating from Crummer, with the help of her support system in her husband, her brother and her parents, Derashri traveled back to India to work for her father’s business, knowing what working conditions awaited her. However, this time she was equipped with a newfound confidence.

“I realized I was doing something new to add my to resume every year. That’s when the CEM (Certified Energy Manager) came into the picture,” said Derashri.

A Certified Energy Manager is widely considered the most accepted certification in the energy conservation field. In order to obtain one, you must be an expert in everything from energy accounting, HVAC systems to boilers and steam systems.

“The CEM is a whole new ballgame,” said Derashri. “It took me a couple of years to come to terms with the fact that was am ready to take this on.”

Initially, since the passing rate is so low for the CEM exam, she viewed her first go as a prep course.

Lo and behold, after an intensive studying period, Derashri underestimated her talents and received an e-mail, congratulating her on passing.

Shortly after, she also found out she was the first woman in India to become a Certified Energy Manager.

“I was on like Cloud 21 because it really, really meant a lot,” said Derashri.

“Being the first woman CEM is more of an achievement for my parents than it is for me. I was brought up to go out there and shoot down the apprehensions of society,” said Derashri.

She says she looks back at those 2 a.m. train rides when she was a young woman just starting out, as one of her best times of personal growth.

“I’m really, really thankful all of that happened, because when I look at women my age not being offered those opportunities, I can see what we are missing out on in the world,” said Derashri.

When you ask her about the awards and the achievements she’s made in the energy conservation field, she will always pivot back to how she was raised by her parents, where her father never treated her differently because she was a woman and her mother always trusted her.

“I was never the traditional girl child growing up in India,” said Derashri. “My dad always said, let her go out there and be tough.”

After another year and a half in India, Derashri is now living back in Winter Park, FL while her husband attends school. She hopes to use her CEM certification here and to continue to advocate for women to enter fields that have the stigma of being male dominated.

Her advice to other women: “Go break down the barriers; don’t get let down by being told this is how things are,” Derashri advises. “You have to believe things will change. There are women in the field.”

Crummer celebrates the 2022 MBA and EDBA graduates at the May 7th commencement ceremony.