Being a Good Steward of Money—Yours and Your Company’s 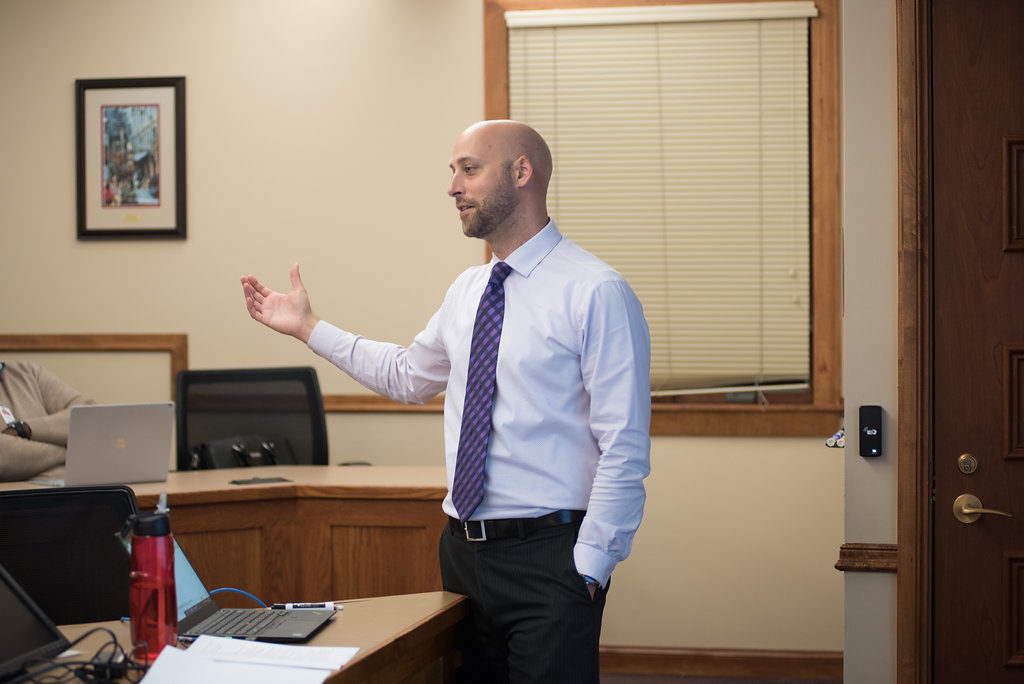 In honor of Financial Literacy Month, Associate Professor of Finance Brian Walkup ’06MBA discusses why financial literacy matters for everyone.

Brian Walkup ’06MBA’s love of finance sprung from a love of math.

“I started out as a math major because it was a subject that came naturally to me and I enjoyed in high school,” the associate professor of finance said. “But I lost interest in higher-level courses because it was all theory, and I didn’t see the application of what I was learning. I was lucky to have an advisor who suggested I consider finance because he thought I’d enjoy the quantitative nature of it and the ability to see how it applies to real decision-making.” 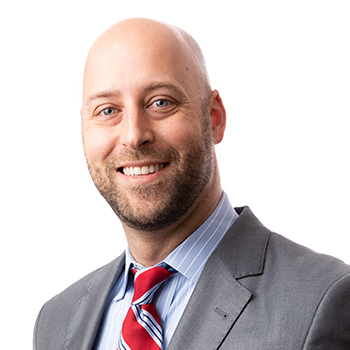 With that recommendation, Walkup applied to Crummer Graduate School of Business, where he focused in finance before moving on to University of Florida to earn a Ph.D. in finance. Today, he teaches finance classes at his alma mater. And his love of finance has expanded to include personal finance, thanks to a recent Florida house bill that will require high school students to take a money management course before graduating.

“As a professor, I get to talk through the impacts of compounded interest and similar topics that help students become aware of, for example, how dangerous going into too much debt can be,” Walkup said. “But if we could get those same principles instilled in students at the high school age, for example—before they hopefully have gotten a credit card and started to run into debt—I think that could be very beneficial for them.”

In honor of Financial Literacy Month this month, we sat down with Walkup to learn more about the impact financial literacy has on people of all ages and to share his advice on how to be more financially savvy.

How important is financial literacy for an MBA student?

We want to graduate students who are going to be good stewards of their company’s money just as they will be of their own money. It’s about understanding what the limits of the firm are, understanding how to create value for their shareholders in a responsible manner so that they’re not taking on too much risk or putting the company—and therefore their shareholders’ money—at too much risk.

With COVID, we have had this almost perfect storm of a global pandemic, the Great Resignation, and inflation. How does financial literacy help offset anxiety around all those unknowns?

The benefit of all of those is that we’ve all had to adjust. Some people were able to make changes for the better during that period. Some people made lifestyle changes that allowed them to focus on their budgets in a different perspective. One thing that we saw happen a lot was an increase in people being interested in investing. I’m sure we’re all familiar with the Robin Hood traders, but really that’s a bigger shift that happened in the market, which is that a lot of people took small amounts of money and began to set them aside.

That’s where a better understanding of financial literacy helps. If we set money aside at an earlier age, it has a longer period of time to grow. So if we can start setting aside money when we’re in our early 20s, that’ll go a long way towards setting up a substantial retirement account for when we hopefully eventually get the opportunity to retire.

Unfortunately, there are a lot of statistics that show that’s something recent generations haven’t done a great job of. A very large percentage of Americans have either no retirement savings or substantially less than they need to be able to retire at the age they would like to be able to retire.

What are the three biggest steps people can take to change their financial situation?

Once you have a good understanding of your financial position, then being able to pay down any existing high-interest debt should be the next step. It becomes a bit of a cycle if you have credit card debt because a lot of times the interest rates on these can be 20% or more. That means that you’re paying essentially one-fifth of the value of the debt annually just in interest and makes it difficult to eliminate the actual debt. That interest in of itself becomes a huge cost.

My third piece of advice is to start setting aside money as early as possible, because again, compounding interest becomes your friend when you’re on the receiving end of that interest. If you can set aside money into the market or into other investment assets, that compounding allows you to grow a reasonable amount today into a substantial amount in the future.

Can you talk about the role investing plays in personal finance?

Realistically, if you can diversify, and you’re a passive investor—which means you’re not necessarily trying to beat the market, you’re just trying to participate in the market—then you can over time generate a good return without substantial amounts of risk. The stock markets are going to go up and down. There are going to be bull markets and bear markets, but if you’re a long-term passive investor, your goal isn’t necessarily to time the market, you’re just riding the wave of the stock market.

Over time, the peaks and valleys will average out and you’ll have a pretty good average return on your money. For a lot of investors, it’s getting over that hurdle and recognizing you can participate as well. You don’t have to try to beat the market. You don’t have to be smarter than mutual fund managers and hedge fund managers. You just need to own a portion of the stock market and participate—and rather than beat it, ride the market and use it to your benefit.

How do things like NFTs and cryptocurrency play into the investing world these days?

I think those are the flashy terms right now. I get asked a lot by my students about cryptocurrency and wanting to talk about it. A lot of them are starting to play with Bitcoin, Ethereum, and some of the other alternatives. There is great potential upside for investing in them, but they’re also very volatile. If we go back to that idea of saving for retirement, you don’t want to put a substantial amount of your money in a really volatile investment. Crypto might be a small portion of your investment portfolio, but it shouldn’t be a substantial portion because that volatility could pay off or it could come back to haunt you.

We’re still scratching the surface on what NFTs look like, what kind of value they have, what they’re going to be most useful for, the technology behind cryptocurrency blockchain, things like that. Being aware of that environment is valuable, but I don’t think it should be a substantial part of your retirement plan at this point because of purely the volatility that it represents. If you can become knowledgeable about it, then by all means it can be a good investment, but you do have to view it with a little bit of caution and enter into that world with a little bit of caution.

We’re all just feeling it out and seeing what the opportunities are. How businesses use it will be really interesting. It opens up all kinds of new marketing opportunities, ways to be in front of potential shareholders, potential consumers, different ways to create revenue. How that plays out, at this point, your guess is probably as good as mine, but it will be intriguing. It’s a potentially disruptive technology. It could alter how people shop, how people view physical goods and merchandise, and how we interact with each other, so there’s a lot of opportunity there.

What specifically are you excited about or feeling optimistic about right now, in terms of culture and personal finance and what people are learning or have access to?

First of all, I think that some of the younger generations are engaging in unique ways, which is a good sign. Going back to the idea of Robin Hood traders and app-based investing, another example would be, currently, we had the Venture Competition at Crummer and this year’s winner was an app called Ostrich, which deals with personal finances and helps users achieve personal finance goals. We’re using technology to engage individuals in how to think about preparing for their financial future. How to think about saving at an early age, how to prioritize spending, and how we can use new technology to our benefit.

For example, credit cards have been around for a really long time, but the ease of getting one—and becoming burdened by debt at a young age—is very simple at this stage. We’re trying to reverse some of that by using technology to educate, provide resources, and allow people to prepare for those decisions easier and in a more friendly fashion.

On the education front, we’re seeing more and more states prioritizing financial literacy, which is obviously a good thing. We’re also seeing more emphasis being put on low-income areas and minority demographics, as far as ensuring that education and resources are available for everyone to make good financial decisions as they move forward.

What resources do you recommend for people who want to learn more?

There are currently so many good resources out there, so this isn’t even close to an exhaustive list, but I would start with the organizations Junior Achievement, 8 Cents in a Jar, and the Florida Literacy Coalition. I would also check out the following books: Dave Ramsey’s The Total Money Makeover, Ed Baker’s The Elephant in the Room, and Cary Siegel’s Why Didn’t They Teach Me This in School? I also like the podcasts The Dave Ramsey Show, How to Money, and Optimal Finance Daily.

Dr. Brian Walkup brings an entrepreneurial spirit and a unique perspective to Crummer.