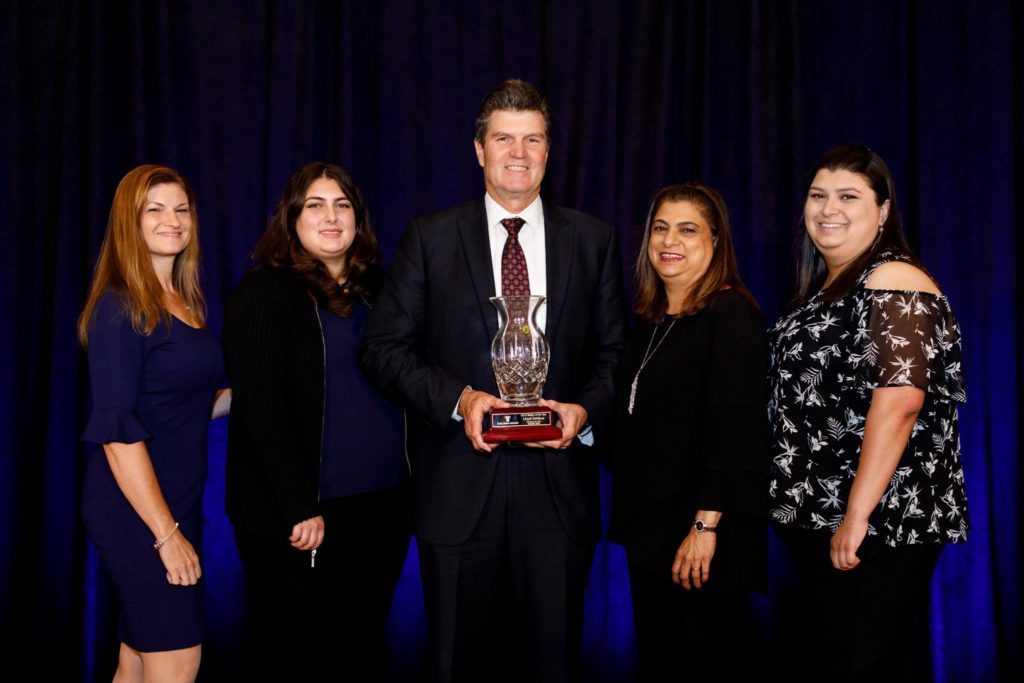 With graduation day inching closer and closer, an 18-year old Lloyd DeVaux was blowing off some steam, putting up some jump shots in the high school gym.

Those late nights shooting hundreds of jumpers until 1 o’clock in the morning after a shift at the local hamburger restaurant were paying off.

Lloyd was starting to break a sweat and he was catching a rhythm.

He noticed the high school basketball coach watching him in the corner.

“Who are you?” said the coach.

Catching his breath, Lloyd grabs his rebound and pauses his workout.

“I’m Lloyd DeVaux, graduating in a couple of weeks,” he told the coach.

“Now tell me, why didn’t you come out for the basketball team?” said the coach.

“I did, two years ago. I got cut,” Lloyd said flatly. “You were in the hospital getting your appendix out and the athletic director cut me.”

Lloyd picked up the ball again, lined his feet up to the basket and fired away again.

The coach walked away and Lloyd heard him muttering under his breath.

“If I don’t do things myself, it doesn’t get done right.” 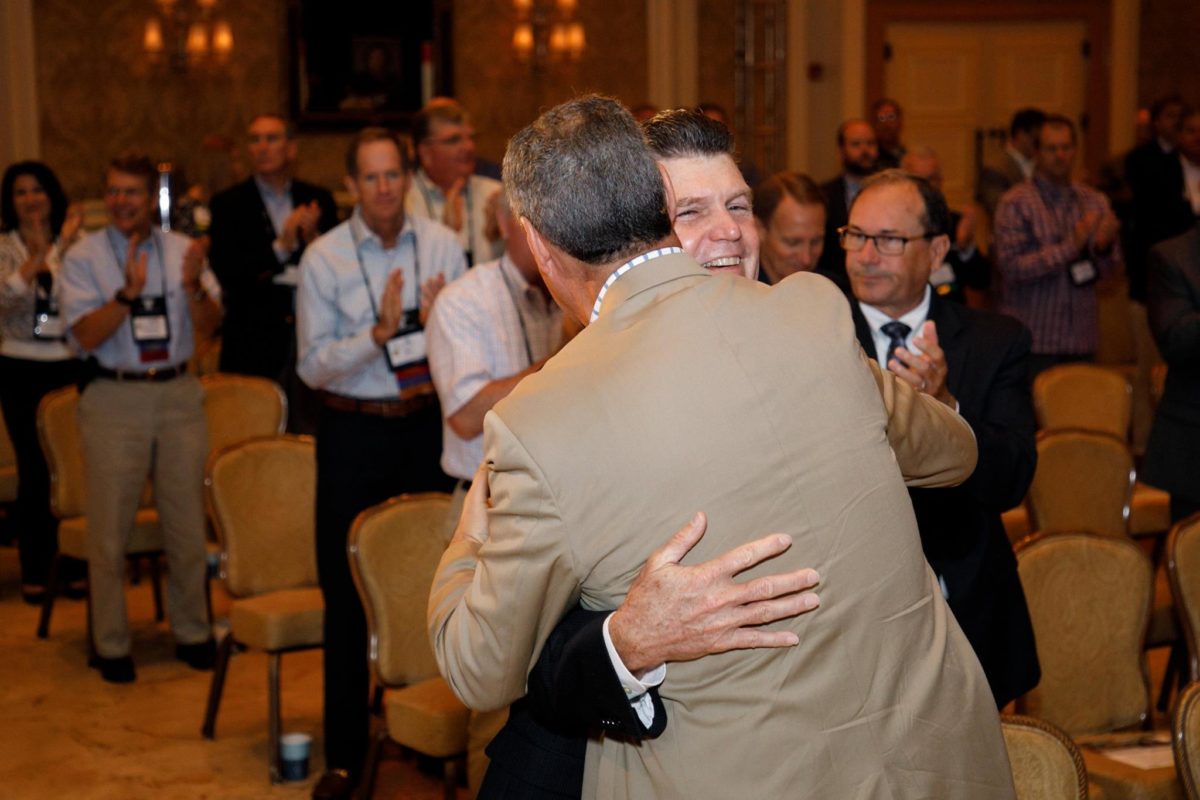 Lloyd DeVaux likes bringing up that story about the basketball coach, because that chip-on-his-shoulder attitude stayed with him as he would manage hundreds of millions of dollars during his banking career.

Lloyd DeVaux’s career has never been short on taking leadership, being in charge, and embracing the “underdog” mentality.

As the President and CEO of SunState Bank in Miami, Lloyd DeVaux was given a unique opportunity this year.

The Florida Banker’s Association, where DeVaux had volunteered for a number of years, was asked by Congress to provide a veteran banker to travel to Washington D.C. and speak to Congress on behalf of bankers about bank secrecy and money laundering.

“When I got on stage to give me the award, I couldn’t see because of the lights, but there were probably 50 people in the back that snuck in—my  family, friends, and charities that I had worked with,” said DeVaux.

Lloyd DeVaux was born into his tough work ethic.

At the age of 5, Lloyd moved to a dairy farm in Louisiana where the mixture of southern heat and dairy cows permeated through the air.

“At 4 o’clock in the morning my brother and I would wake up and milk the cows—we were only in 8th grade, and then we had to repeat that process at 4 o’clock in the afternoon. We did that from the time we were 10 years old until I was 16,” said DeVaux.

As much as he hated it, Lloyd was becoming a relentless worker.

“We would pick cotton for $2 or $3 dollars a day and mother would take the money because we needed it. I would get a soda pop for my efforts, that was worth it to me,” said DeVaux.

As the years passed, so did Lloyd’s displeasure of milking cows (he used to go to bed at night and pray the cows would run away before morning), because it kept him out of sports and other school activities. He then started to look into joining the military just to do something different than working on that farm.

Lloyd’s father lived in New York, and at the age of 16, Lloyd’s family sold the dairy farm and he decided to finish school there, while preparing for enlistment.

In New York, his passion for basketball started to flourish and his dream of playing on the basketball team was crushed when he got cut in try-outs.

Lloyd recalls playing as much basketball as possible between his normal duties as a sailor in the Navy.

“From the time I started in the Navy, I was ready for college,” said DeVaux.

With years of practice under his belt, Lloyd found himself with a scholarship at a community college and eventually reached his dream – playing Division 1 basketball for the University of Buffalo on an athletic scholarship.

The coaches at the University of Buffalo were matching Lloyd, at 6’4”, up with the 6’10” NBA prospects in the Division 1 basketball circuit because they knew Lloyd was too scrappy and hard-working to get pushed around.

“I always like to relate things back to sports because it’s a team game. Business is a team game,” said DeVaux. He says sometimes you’re outmatched. Sometimes you fail and are told no. Always, you have to rely on your teammates to help you get the job done.

Team Crummer and Leading on the Highest Levels

Lloyd took his work ethic and innate ability to work well with others in the oil and gas industry, where he was sent all over the world helping run finance and operations for Schlumberger, as an engineer by trade.

On an assignment in Yemen, Lloyd met his future wife and decided that grad school in the U.S.A. would be the next step in advancing his career.

“I contacted my father and said I want to go back to grad school. I asked if he knew of good grad schools, and he said there is one right here in our backyard,” said DeVaux.

Thus, Lloyd ended up at Crummer where his discipline and leadership from the Navy and college basketball made him a natural fit to become his cohort’s class president.

“I think I had one A- ; everything else was an A, and I finished number 1 in the class as President,” said DeVaux.

DeVaux says Crummer’s team-oriented approach to experiential learning was the perfect MBA experience for him as he started to look into advanced banking roles out of grad school.

“When you come from a school with a good name, it matters. It matters in terms of advancing your career,” said DeVaux.

To this day, Lloyd tries to remain active with Crummer, serving 12 years on the President’s Leadership Council and doing multiple presentations for the school.

Out of Crummer, Lloyd specialized in growing bank assets, having thousands of people reporting to him in his senior leadership roles.

In 2014, DeVaux was asked by a friend to take over as CEO of his bank, SunState Bank, a much smaller bank than the one he was currently working at.

For him, it was a perfect opportunity for him to once again go up against the “big dogs” and make a difference at one of the smaller banks in the market.

True to his mentality, the new Florida Banker of the Year has grown SunState Bank by hundreds of millions of dollars in assets.

Still, Lloyd maintains his humble attitude and wants to continue in banking for as long as he can.

“When things are going really, really well that’s when you have to be the most cautious,” said DeVaux.

“When I find something that I enjoy more than what I am doing today, I might think about doing that, but right now I’m enjoying what I am doing,” said DeVaux.

The sports metaphors, however, will live on.

Lloyd has graduated from shooting jump shots on chilly New York nights until 1 a.m., to having his own half-court basketball hoop at his home in South Florida.

“In sports, you need to know how to operate in a team environment and you need to understand that hard work leads to success. Where luck and success meet is hard work,” said DeVaux.

Crummer alumni shared why they referred friends and colleagues to Crummer during the inaugural Crummer referral day.