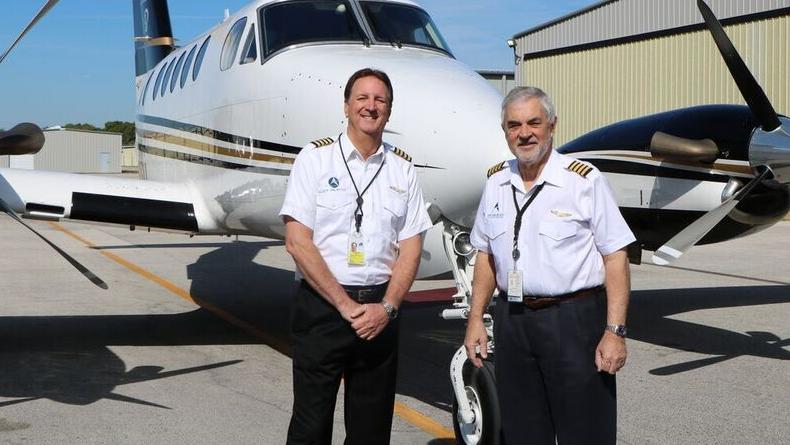 As far back as he can remember, Chick Gregg was always enamored by aviation.

A son of The Greatest Generation, Gregg’s father and both uncles flew heavy bombers like the Boeing B-17 “Flying Fortress” and B-24s in World War II.

Growing up in the cockpit, some of Gregg’s fondest childhood memories are going up in the sky in his father’s plane, sometimes even entrusted to hold the control wheel while they were thousands of feet in the air.

It was only natural that Gregg would go on to earn his pilot’s license too. 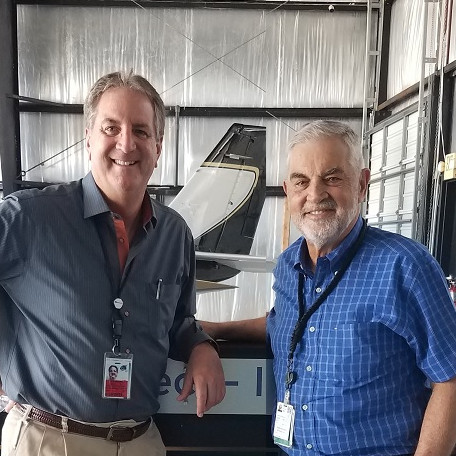 A civil engineer by trade, Gregg worked his way up to Chief Operating Officer of RS&H (Reynolds, Smith & Hills), an architecture, engineering and consulting firm. In between his executive duties, he flew any chance he could get.

After seven years, Gregg and his partners decided it was time to sell the business and settle down a little bit. Greater Homes was sold to a New York Stock Exchange listed company.

It was time to enjoy the fruits of his hard work and spend more time in the air—or so he thought.

During his retirement of about five years, Gregg was spending time flying his twin turbo prop. One of his business partners, who was also interested in aviation, partnered with Gregg to purchase and co-own a jet together. Shortly after, his partner became Ambassador to Luxembourg and no longer needed an airplane.

Gregg decided to sell off both planes and buy one jet that could fly far enough to transport his family to their vacation home in Colorado.

With the fixed costs on a jet of that size, Gregg started looking at ways to get his plane in the air more often. Having never lost his business mindset from his time at RS&H, Greater Homes, and the Crummer Executive MBA program, Gregg started talking with a colleague from his real estate days, Mark Neubauer, who was running a small air taxi operation with his own 4-seater aircraft.

“We got to talking about starting scheduled service Bahamas flights and felt like there was a big market here in Orlando,” said Gregg.

In 2013, Air Unlimited was officially launched with Gregg, his wife Lisa, and Neubauer as the co-owners and founders. With no previous experience in commercial airlines, the Greggs and Neubauer were in for a “trial by fire” business venture.

They started “by the seat” direct flights to and from the Abacos, Bahamas and Orlando Sanford International Airport. With a flight time at just over an hour, they were confident there was a market out there for those services.

However, it did not seem like it at first.

For the first three to four years, the costs and upfront expenses of starting an aviation business, coupled with a lack of visibility, made for a struggle.

“It really had to be built up through word of mouth,” said Gregg. “There’s also a lot of FAA and government red tape involved when you start up.”

Air Unlimited focused on building great relationships with their initial customers, focusing on providing an end-to-end personalized travel experience. They also utilized digital marketing and built relationships with business operators in the Bahamas that could refer their safety records and exemplary service.

After years of perseverance, Gregg and Neubauer had solidified their market share in the airline business, developing a reliable customer base, and peaking at around 1,000 passengers per month.

Like all entrepreneurs have to do, Air Unlimited had to pivot after Hurricane Dorian unfortunately ravaged much of the Bahamas in 2019, bringing to a screeching halt their hard work and proven success as a scheduled service airline.

“Fortunately, and with perfect timing, we received a call from a broker in Tampa who asked us if we had ever done medevac flights before,” said Gregg.

A new opportunity awaited in the way of saving lives.

Many times, Air Unlimited is tasked with transporting an organ like the human heart, which only has a few hours to be viable outside the human body. They must execute efficiently, effectively and safely in order to successfully get that heart to a waiting recipient.

“You think about one family grieving and one family waiting for a life to be saved and the role you play in that,” said Gregg. “It’s good to get paid to do this, but it’s one of those things that makes you feel good just by doing.”

Throughout the course of the COVID-19 pandemic, Air Unlimited was declared essential business, and medevac services became the bulk of their business. 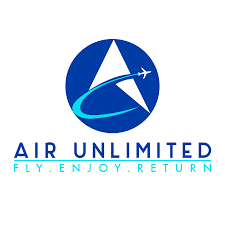 When the N-95 mask shortage for medical professionals was occurring across the country, Gregg and Neubauer were tasked with transporting 20,000 masks from Newark, NJ to St. Louis, MO.

“The weather was horrible up there and winds were gusting at 52 miles an hour, but we safely delivered the masks” he recalls. “With these types of medevac services, you feel a sense of urgency.”

With the COVID-19 pandemic slowing down, Air Unlimited plans to continue its medevac services, and with travel starting to become more comfortable for people again, the hope is to see scheduled service flights on the upswing again.

Chick Gregg is thankful for the opportunities he’s had in his life and has always made sure to give back to the community.

Having previously served as Chairman of the Lake County Commission and as the Mayor of Leesburg, Gregg found ways to continue to give back.

He and Lisa continue to serve on the AdventHealth for Children Foundation Board. He also set up the Chick and Lisa Gregg Endowed Scholarship, which benefits students who work full-time while attending the Crummer MBA program.

“Going to Crummer helped me in so many ways and really opened my eyes,” said Gregg. “This scholarship is a way to pay back for the opportunities I’ve had in my life.”

Current recipient of the scholarship, PMBA student Bruce Reid, was furloughed from his financial analyst role at Disney during the pandemic, and the Greggs’ scholarship was pivotal for him.

“Financial security can be taxing and as 2020 exemplified, can be very unpredictable. Obtaining the Chick & Lisa Gregg Endowed scholarship has alleviated some of the stress of financing my tuition by helping me bear the cost of my postgraduate education. This allowed me to achieve my dreams of continuing my lifelong journey of learning. I no longer had to wish to go to Crummer, but am now privileged to attend,” said Reid.

“Hearing from the students themselves and how the scholarship is changing their lives is really what it is about,” said Gregg.

Net Conversion co-founder Ryan Fitzgerald `99MBA has grown the analytic-driven marketing agency, Net Conversion, to over 60 employees. Roughly a fifth of them are Crummer graduates.

Crummer Ranked No. 1 in Leadership Development Four Years in a Row

For the fourth consecutive year, the Crummer Graduate School of Business at Rollins College was named the country’s top master’s program for leadership and organizational development.