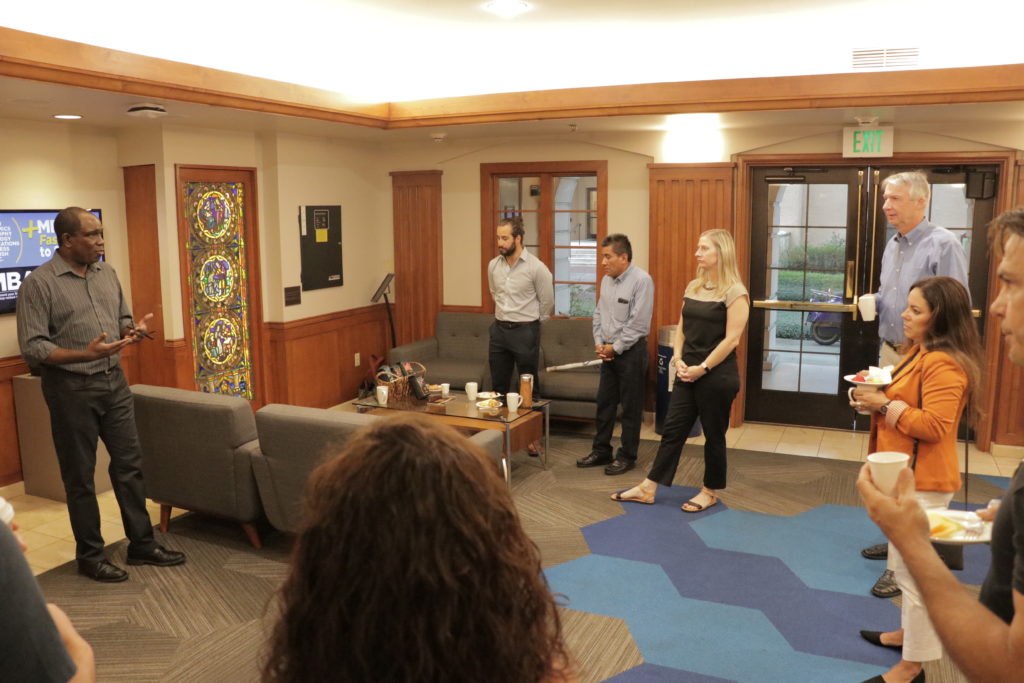 The wet soils allow the coffee trees to thrive and have made Costa Rica one of the world’s premier coffee exporters.

The coffee farmers trudge through the steep mountainous regions, picking the coffee tree’s fruit – called coffee cherries. Often times, they strap 60-plus pounds of coffee cherries on their backs and head down the mountain as they bring the fruit to a lower elevation. 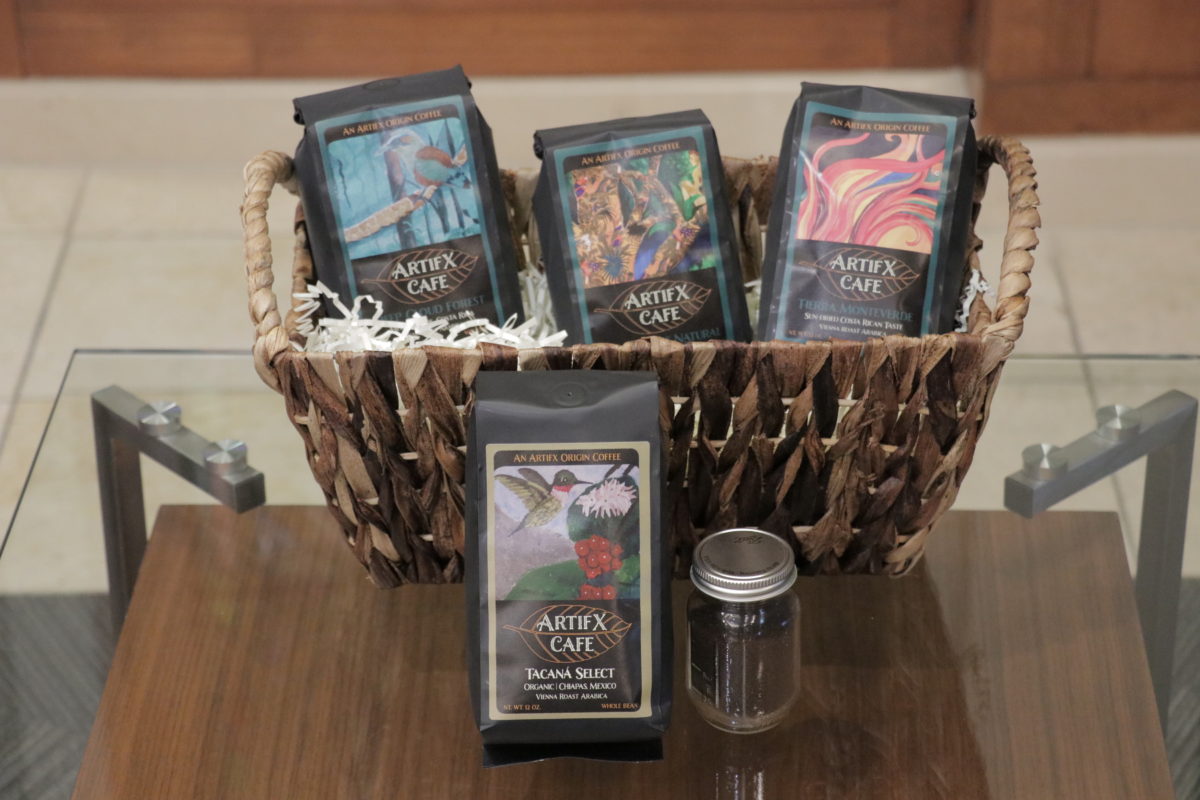 Once at a lower elevation, the coffee is sun-dried and warehoused for up to two months before it is exported.

Along the way, brokers, distributors, roasters and finally cafés all get their share of profits from the world’s most popular beverage. The average coffee farmer, however, doesn’t see a big cut of those profits.

It’s a system Dr. Keith Whittingham noticed years ago when he started taking Crummer cohorts to Costa Rica for consulting projects. His years working with teams on the Nespresso Global MBA Challenge, further highlighted this issue.

Now he’s putting theory into practice, with the launch of Artifx Cafe, hoping to cut out the middle-man and generate awareness around where your cup of coffee actually comes from.

An engineer by trade, Dr. Whittingham’s interest in sustainability was first piqued when he started learning about renewable energy.

It’s an interest that evolved into a lifestyle and led him to becoming one of Crummer’s leading voices on the importance of sustainability.

With experiential learning at the forefront of Crummer’s mission, Dr. Whittingham first visited Monteverde, Costa Rica, 11 years ago as he searched for opportunities for student-led consulting projects.

He met a coffee farmer who mentioned that his family was looking into bringing visitors to their farm to teach them about sustainable living, but they didn’t know how to curate that idea into a business.

It was a perfect project for Crummer MBA students to work on.

Within 9 months, Dr. Whittingham had brought down a team of students and was helping this family bring their business idea to life.

His work with this community and the connections he formed made him realize this wasn’t going to be a one-off project.

“I had a strong sense that it was important to build a deep relationship with a community, and I decided let’s go back, let’s dig deeper,” said Dr. Whittingham.

Seven consulting projects and 9 Global Sustainability courses later, visits to Monteverde, Costa Rica, have become premier Crummer experiences for sustainably-minded students. Along the way, the partnership between Crummer and Monteverde became an important part of each community. Crummer is welcomed with open arms every time a new team of MBA students touch down in Costa Rica.

“After three years of visiting, I realized many people come by once and never go back again,” said Dr. Whittingham. “Now the reception there is totally different; they know we are here to stay.”

Years of working with and around coffee farmers in Latin America brought the idea of creating a sustainable coffee to the forefront of Dr. Whittingham’s mind.

He saw first-hand the stories of farmers and their families struggling to get by, while other large companies made huge profits on the coffee the farmers produced.

“This was something over the years that I said I need to do. There was something inside of me where I had to do it,” said Dr. Whittingham.

Artifx Cafe, was launched to bring more sustainable income to coffee farmers and help lift their communities out of poverty. 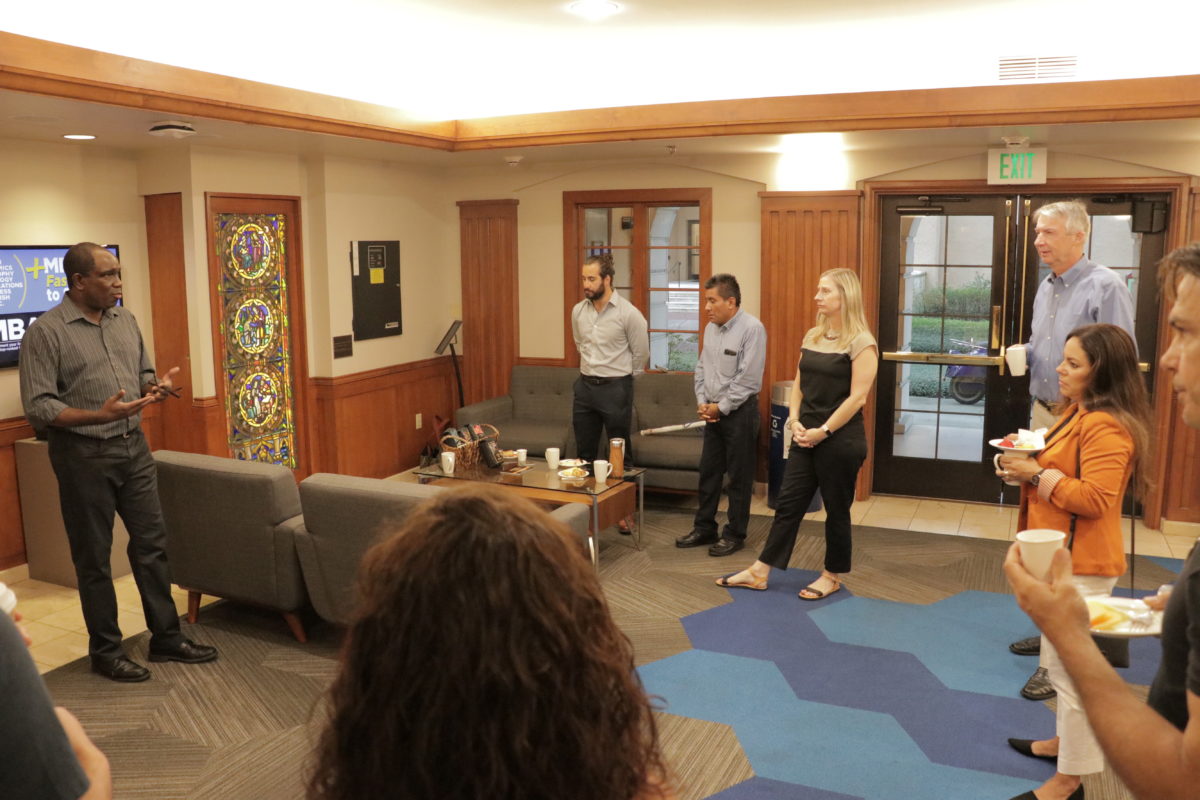 Admittedly, Dr. Whittingham says it’s a little unorthodox for a professor to start a company, but he says that being a part of the Crummer and Rollins “ecosystems” has been instrumental in helping launch Artifx Cafe.

“The more and more I’ve spoken with Crummer Dean Deborah Crown and Rollins College President Grant Cornwell, it just fits so well with our mission,” said Dr. Whittingham. “I am very, very appreciative of the support I’ve received from the Crummer and Rollins community.”

The Ancient Olive, a premium oil and gourmet food shop on Park Avenue is one of the first partners to start carrying Artifx Cafe.

“Keith came into the store and approached me, told me what he was about and what he was doing. I was sold as soon as he started to talk about it as far as carrying the product,” said Tracy Kuch, co-general manager of the store.

She says they always have people coming into the store to peddle their products, but the story of Artifx Cafe and the mission behind it made it an easy choice to add to the products they carry.

“With people like Keith, it’s not about the money; it’s about the story and the community. That’s a big reason why Keith is a part of the Ancient Olive family,” said Joel Couto, co-general manager of The Ancient Olive.

Operating Artifx Cafe with the support of the Crummer community is already opening up doors for Dr. Whittingham.

Realizing they had similar missions, values, and goals, TOKS and Artifx Cafe were able to secure a partnership, bringing a Mexican coffee to the line of products that Artifx Cafe carries.

They just recently held a product launch at Crummer in late October.

“It’s been many months working on this and trying to get the coffee here from Mexico; it’s really nice to see all of this come to fruition,” said Ricardo Medina, TOKS Corporate Social Responsibility Manager.

The coffee, coming from Chiapas, Mexico, broadens the scope of regions that Artifx Cafe is helping.

“We don’t want the products in Chiapas to be dependent on one customer, which is TOKS. We want them to have options and to be able to get their coffee to other countries,” said Medina.

As for marketing and selling the coffee, Dr. Whittingham knows it’s a crowded marketplace. That’s why they focusing on the farmers when selling the product.

“There’s no better marketing than being able to tell the farmer’s story,” said Jenifer Ruby, director of marketing and community relations for Artifx Cafe. “We compete in such a vast world of coffee—it’s expansive. The real opportunity to get people interested in buying the product is the story. When folks come up to us during tastings and say ‘I don’t drink coffee,’ they still stand there and listen to the story.”

To learn more about Artifx Cafe, click here. They are on social media at @artifxcafe

As The Global Links Initiative celebrates 10 years of success as a cross-cultural program empowering women through education and entrepreneurship, we share 10 exciting updates from the program.

Dr. Mitchell Isert '91 ’18 Executive DBA examines how important listening is to the long-term success of salespeople.