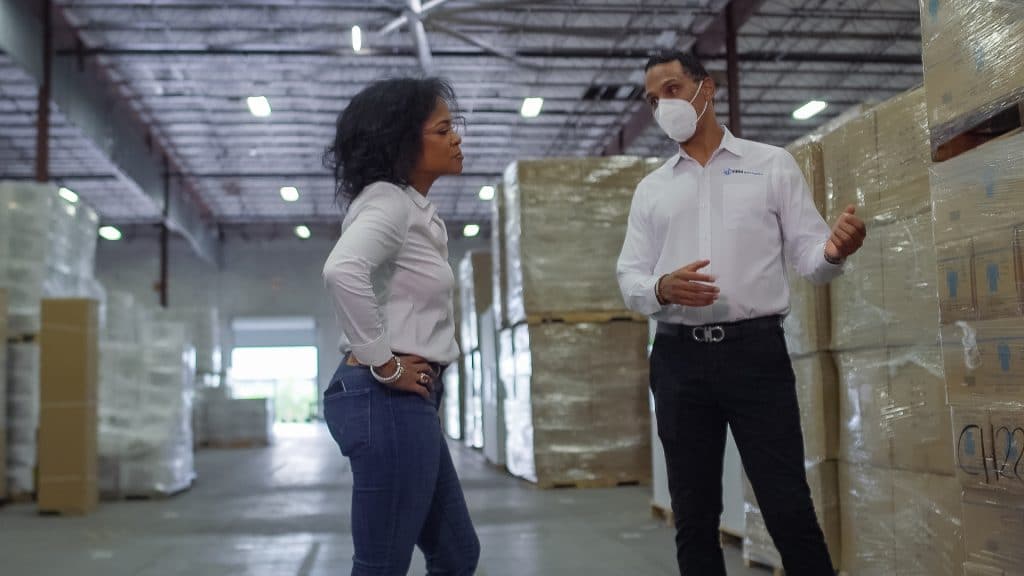 As a four-year old driving into New York City with her parents, she asked them, “when  is a skyline not a skyline anymore?” 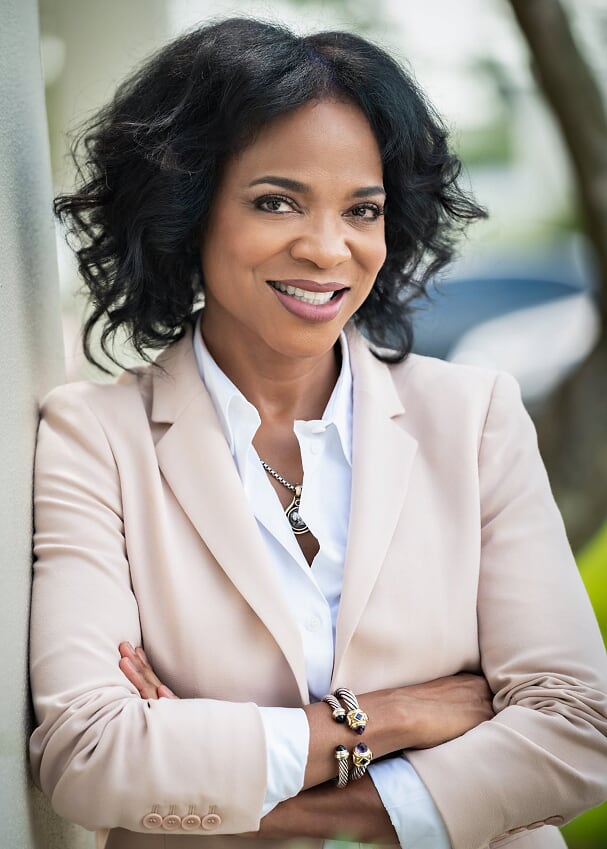 Impressed by her thought process at such a young age, her parents occasionally told that story to her as she grew up to remind her of her propensity for visionary thinking. They also immersed her in the creative arts including art, music and dance.

Roda’s parents divorced and she attended Watkinson school in Hartford, CT which was not easy on her working mother’s budget, so during her junior and senior years she worked a few evenings and on Saturday mornings as a waitress to have extra spending money. Today she recalls how those experiences being creative, resourceful and admiring her career driven mother nurtured her entrepreneurial spirit.

Roda believes her visionary mindset was further influenced by the lifestyles and careers of her parents. Her father, a passionate union organizer and political activist, and her mother, who became the Affirmative Action Officer of the Department of Economic Development were instrumental in her development.

“My parents provided a foundation of creativity and work ethic. They showed me that everyone regardless of their background has the right to be all they can be,” said Carter.

Carter-Health Disposables is now celebrating its 10-year anniversary as a thriving, multi-million-dollar company built off of an initial investment of $175,000.

The MBDA awards are the highest level of national recognition that a U.S. minority-owned business can receive from the U.S. Department of Commerce.

“It’s my business experience plus my education, the collaboration with my business partner, Rodney Carter supportive, silent board, strategic partnerships and talented staff members that allowed me to take it to the next level, and I am so happy that we won this award especially during our 10th year in business and under such uncertain times,” said Carter.

Blazing her Own Path

Growing up in New York, Carter attended the Fashion Institute of Technology in Manhattan.

While working in sales for a large cosmetics company, she realized there were no women of color in upper management.

“I was on the floor, and didn’t notice any women that looked like me,” she said. “It made me wonder what I was going to do. Because I was not satisfied with where I was.”

With a tenacity for networking and continually putting herself out there – she manifested her own luck, meeting her childhood idol, beauty icon Naomi Sims at a trade show and subsequently went on to work for her, working her way up to VP of Product Development.

Flourishing in her role with the Naomi Sims Brand, Carter’s entrepreneurial spirit kicked in, and she left to start her own company – Universal Color Cosmetics.

Her first company, which specialized in beauty products for diverse ethnicities, gained a celebrity following and was the product of choice on the Broadway show “The Lion King” for three years.

“We had dermatologist recommendations, and the product itself was great,” she said. “The issue was supply chain. I didn’t understand the importance of making sure the end user had easy access to it.”

She recalls putting the product on Amazon in the early 2000s, long before anyone was actually purchasing products on the online retail giant.

Although it was a cutting-edge idea at the time, it wasn’t how people bought products.

“That was a lesson in supply chain,” she said. “You have to understand your customers’ buying habits.”

Carter had to give up on Universal Color Cosmetics after about five years, but her knowledge and lessons learned from her first business venture proved invaluable as she started her next.

Leveraging relationships she developed in the healthcare supply chain industry, Carter started a new company, this time transitioning from beauty products to healthcare.

“People often wonder how I went from fashion, to cosmetics, to healthcare, and it was all organic,” said Carter. “It was never about love for a particular industry; it’s the love I have for business. The love for solving a problem, creating a product from inception to branding/development, and getting it to end users.”

Carter started with marketing and business development for the design and engineering of cleanrooms, which are sterile environments for pharmaceutical compounding. The problem she discovered was that healthcare companies needing a better way to find the right supplies for to maintain their cleanrooms.

“Everything I did before this was a stepping stone for my next venture,” said Carter.

This time, Carter focused heavily on the supply chain aspect of the product.

“Ease of purchase is an incredibly important aspect to how we do business,” she said.

Earning her Crummer MBA is what she describes as “icing on the cake” to building Carter-Health Disposables into a thriving, multi-million dollar business.

“My Crummer MBA made things crystal clear in terms of what I knew and what I didn’t know,” said Carter. “I wasn’t good at finance, accounting and fundraising.”

During her time at Crummer, Carter made her weaknesses strengths, learning about how strong accounting can teach you how certain products are good for you, while other products aren’t.

“Previously, I was always about the product. I thought if the product was great everyone would want it, but that’s not true,” said Carter. 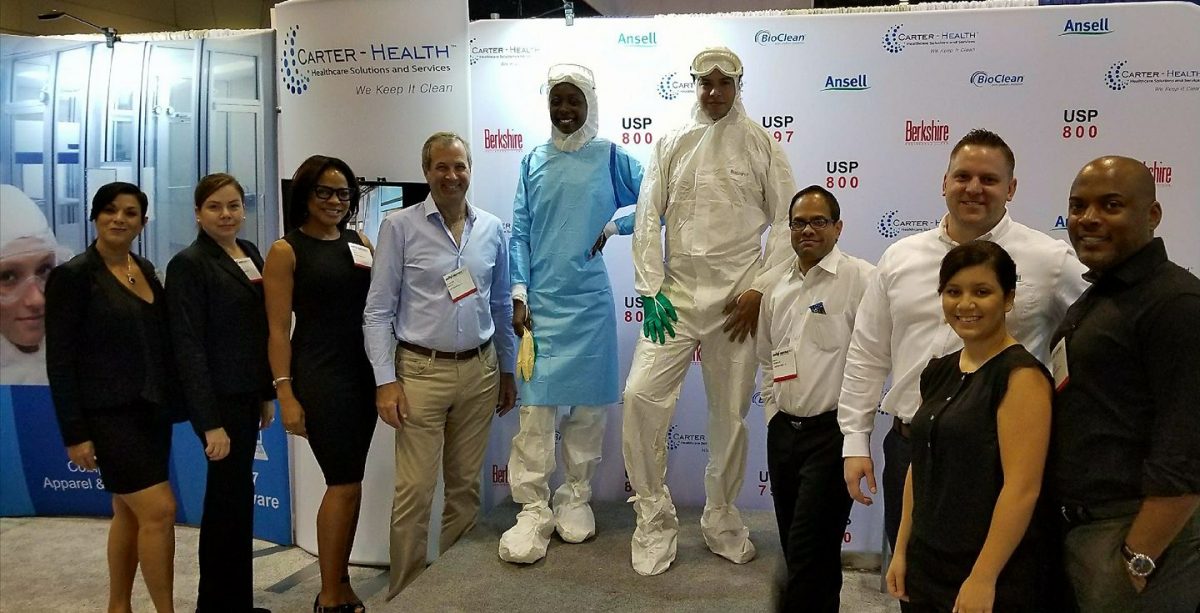 Carter applied the lessons from her first business venture along with her education, creating a business model that makes Carter-Health Disposables a preferred choice over the rest of the competition for many healthcare companies.

“You can’t learn this stuff overnight, and you don’t learn it on your first rodeo,” she said. “We were prepared at the right time, and now our customers know how to get our products the way they want them.”

As the 2020 recipient of the Robert J. Brown Minority Business Enterprise of the Year Award, Carter recalls sitting in a Crummer classroom as a previous winner of the award, human resources company Zero Chaos, presented to her cohort.

She remembers listening to their presentation with enthusiasm, thinking it was unfathomable to reach their level of success one day.

“Just over 10 years later we are celebrating our 10th anniversary, and winning that same award, it is all kind of happening at the same time,” she said.

With a mind always focused on the future, Carter is now focused on making sure Carter-Health Disposables can enjoy another 10 years of profitable business.

“How do we sustain this growth? That’s the big question and the big challenge,” she said. “Now it is making sure our customer mix is diverse, and we are putting innovative ideas to work.”

Challenging Times for the Entrepreneur

Center for Advanced Entrepreneurship Board of Advisors member and venVelo's John Caron discusses the challenging times ahead for entrepreneurs.

Dr. Mary Conway Dato-on is the first female faculty President in Crummer’s history – and that’s just one of the many barriers she has broken throughout her decorated career.