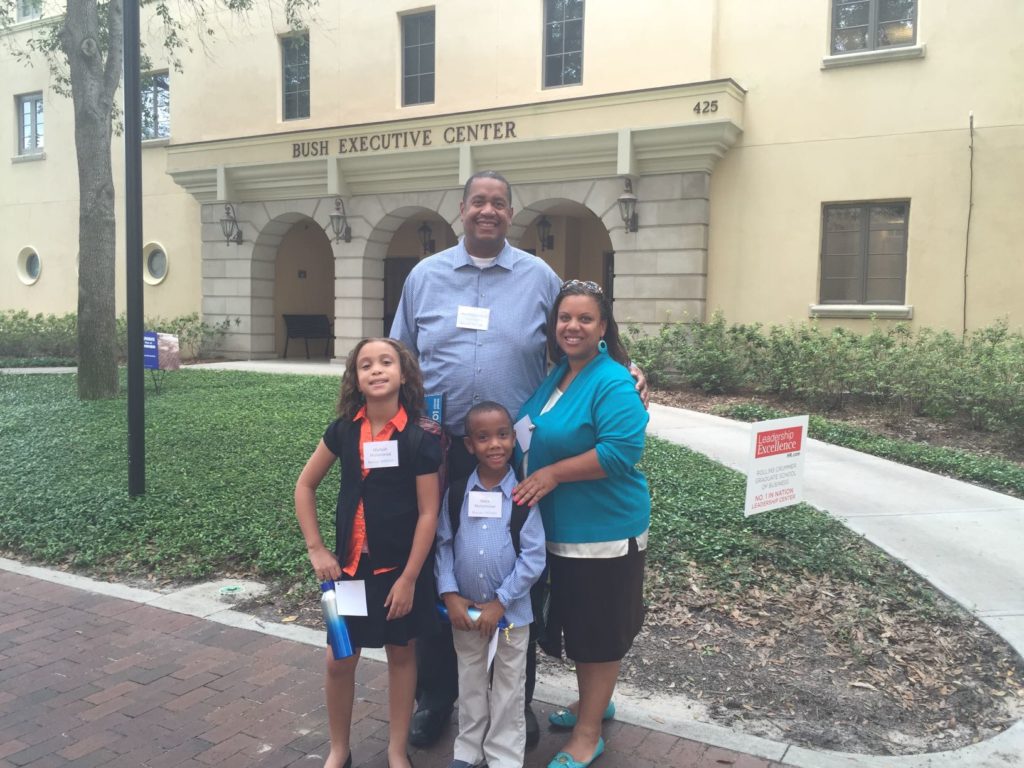 Starting from humble beginnings, Tadar Muhmmad `17MBA, leveraged his MBA to continue his life of service and start a new venture as an entrepreneur.

Tadar Muhammad’s story begins by almost not having a story at all.

The doctors told his parents he and his mother both wouldn’t survive the pregnancy – so his parents had a choice to make.

“It was a very, very difficult time, but my mother was resilient,” said Muhammad. “We didn’t know who was going to make it, but fortunately we both did.”

Tadar, meaning “warrior” in Arabic, grew up in tough surroundings on the south side of Chicago until his mother moved the family to Orlando on a whim in search of a fresh start.

Despite tight finances and a tumultuous home life, from an early age, Tadar knew he wanted to be somebody. At age 15, he started his first job and has never stopped working since. In high school, he finished in the top 10 percent of his class and started taking courses at a community college as he pursued a college degree.

However, again, he faced adversity.

He was unable to support himself and take college classes full-time in Tallahassee, so he moved to Maryland, where he was able to get into the workforce helping juvenile justice kids and eventually finding enough money and time to earn his college degree at 30 years old.

“For me, the career path was going to work and finding a way to figure it out from there, and I didn’t know how to do it to be honest,” said Muhammad. “The pathway was to always work hard.” 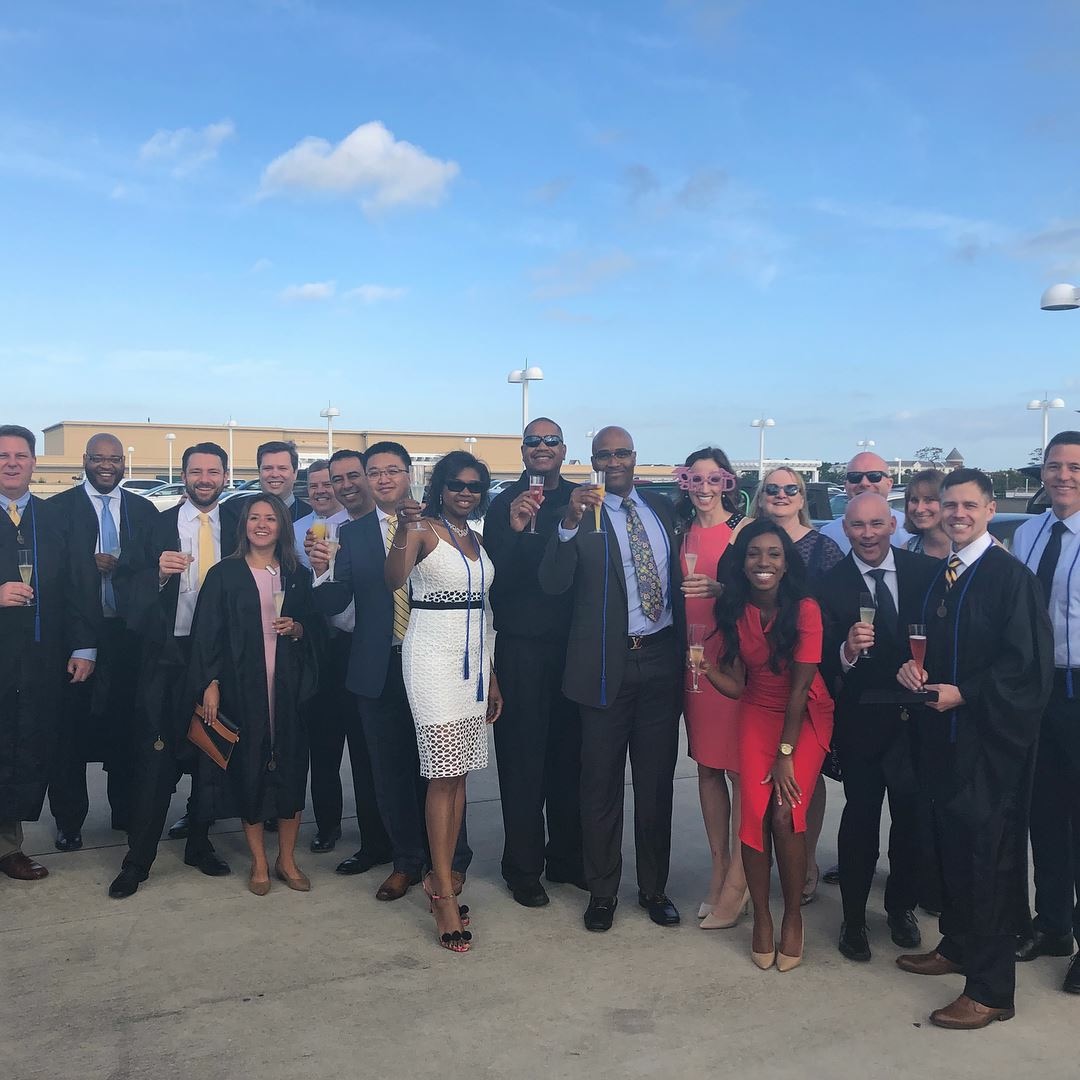 A Life of Service, Discovering Crummer

Tadar is currently a VP at Home Builders Institute, where he helps individuals in need of a second chance achieve careers in the residential construction industry.

He’s spent 16 years at the Home Builders Institute, the last six as a VP, and his entire career helping people who want to find a better path in life.

Tadar notes in his 16 years at the Home Builders Institute, he has rarely ever worn a hardhat and knows little about how to build a house, but his passion to help others and effectively communicate is what has made him so successful.

“The construction side of it is trade specific; what I’ve been able to do is work with individuals who have high-technical skills and pair it with my high passion for career development. I don’t necessarily have to know the technical side of it, but I can lead and manage others with the technical capacities,” said Muhammad.

As Tadar grew in his role as a VP at the Home Builders Institute, the idea was floated for him to look into executive education courses. He started to look at programs with his HR department and found he did not want to be a part of a large group or take something online. Instead he wanted to take part in a program that emphasized small class sizes and direct, interpersonal learning.

Shortly after, he opened his inbox to see an email from the Crummer Graduate School of Business at Rollins College inviting him to come to Preview Saturday to learn about the program.

He was immediately intrigued.

“I sent it over to my HR department and CEO; they thought it would be a great idea to attend Preview Saturday and see if it was something I was interested in,” said Muhammad. “I took my family (a wife and two kids), and on the ride home, we all said that this had to be the right thing.”

Going for a Master’s in Business Administration degree was something that Tadar never dreamed of during all those years in his 20’s fighting to earn enough credits for his bachelor’s degree.

“When I got into the program I was nervous. I was surrounded by peers who had largely worked in for-profit companies from everywhere in Central Florida. I was from a non-profit so it was a little bit different for me,” said Muhammad.

Early on in his MBA journey, Tadar found a second home at Crummer and relied on his strong work ethic as he balanced full-time work and his MBA.

“I was able to achieve balance by getting up early in the morning to do my school work before I went to work, and then when I was travelling, I was doing work in the hotel room,” said Muhammad. “Of course, I had the cohort, which was helpful and a great part of the program because it really helped me learn as a leader in an environment where you have other leaders working with you.”

Perhaps the most impactful part of the Crummer experience for Tadar was discovering the world outside of the United States and seeing things from a new perspective via the program’s global immersion experience.

“Looking at things from a global perspective was something I had never thought about. I only thought about what was right in front of me every day. What I learned about business and entrepreneurship, as well as the exposure to other leaders was transformational, and resulted in my wanting to make a difference upon leaving Crummer,” said Muhammad. 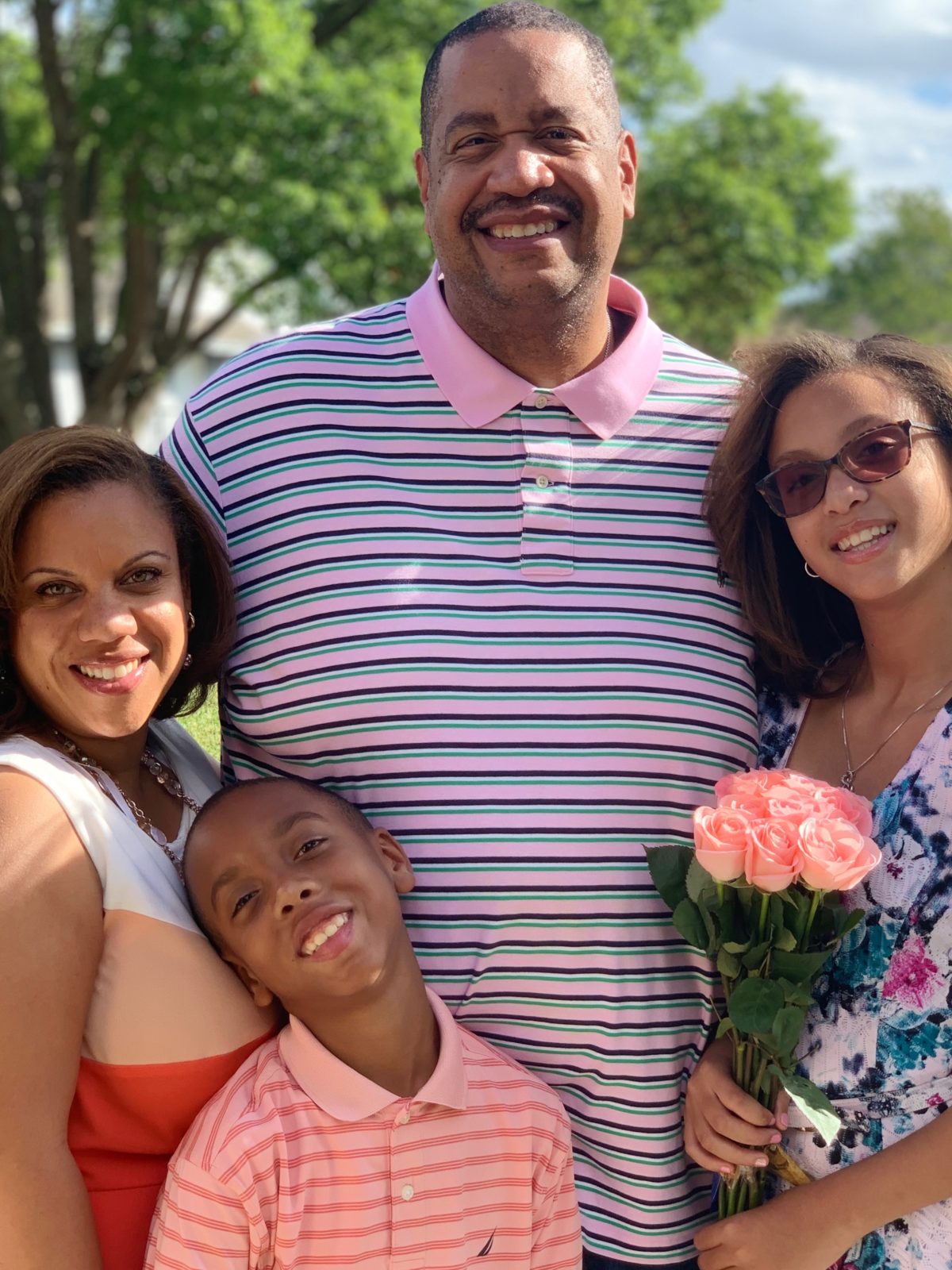 Crummer’s Executive MBA program director, Dr. Keenan Yoho, says that the executives who come through the program are often asking themselves about the legacy they will leave behind.

“They want to expand in their community. They are at a point in their careers where they want to have meaningful engagement and impact with their environment, and they are also thinking about the legacy they will leave behind,” said Dr. Yoho.

For Tadar, it was creating something for his family.

“For me, family is everything. Life is all about memories and milestones,” he said.

The program empowered Tadar to realize not only was he great at motivating individuals to succeed in their careers, but he could also be entrepreneurial and create something for his family.

His wife has always had a passion in event planning and event design, so he channeled his business learnings to give his wife her dream job – her own family business, the Unique Touch Event Center.

“The Crummer experience for me helped me understand a business, understand what you need in terms of being strategic,” said Muhammad. “That was transformational for me. My wife is now working full-time on the family business.”

“I tell people, ‘Why Crummer?’ Because of the fact that you get to experience things in business from people who are actually doing business themselves. The professors are real, the business is real, their experiences are real, and the exposure to other things is tangible. It’s something you can use right away,” said Muhammad.

Institute’s pandemic assessment finds that over two-thirds of nonprofits surveyed only have up to six months of operating capacity.