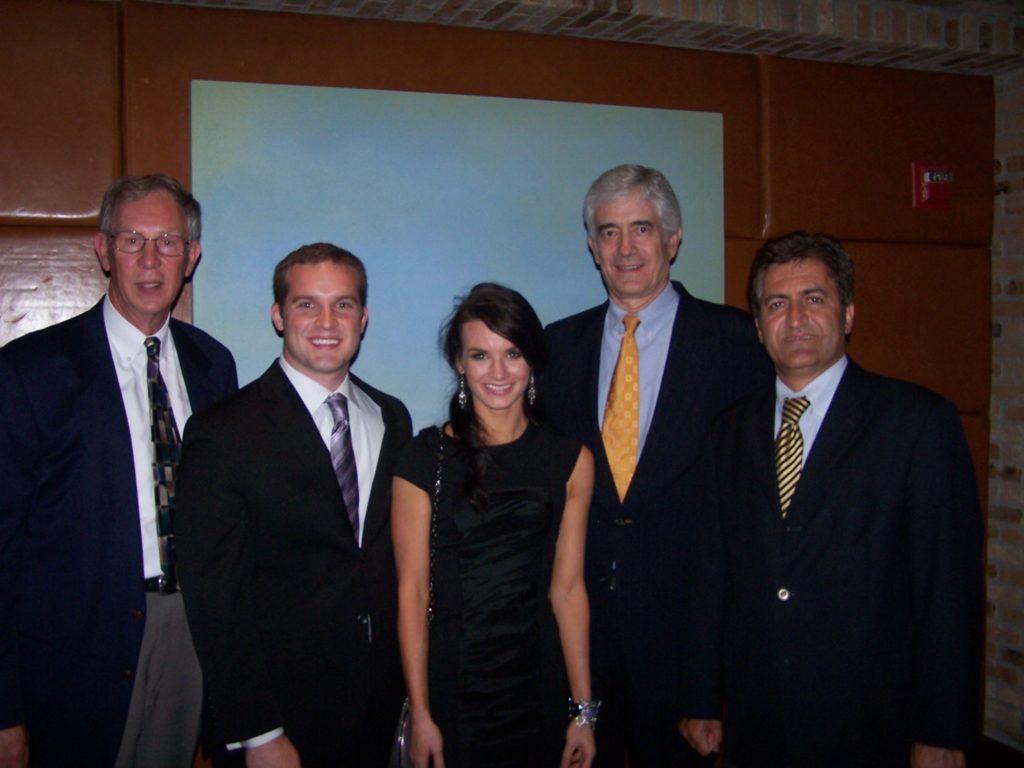 Except she originally envisioned dancing in the performance capital of the world, not working on Wall Street.

“I never originally intended to go to college because I was a professional dancer,” said Dawson. “But then I got injured and said I have to do something.”

Coming off of her injury, Dawson enrolled at Rollins for her undergrad, majoring in economics and minoring in dance.

“I wanted to be academically driven, but still had my interest in dance,” said Dawson.

Completing her degree early and graduating as valedictorian of her class, she found that she still wanted more education to go along with her bachelor’s degree in economics. Plus, it was during the 2008 financial crisis, so the job market wasn’t looking promising for college graduates.

She had friends who were in the 3/2 Accelerated Management Program, where students spend their first three years working on their undergraduate degrees at Rollins, while the final two years are spent in the EAMBA program at Crummer. After some encouragement from her friends, she decided she would take that route as well.

She admits it was daunting at first going for a Master’s in Business, while not having a business-related undergraduate degree. 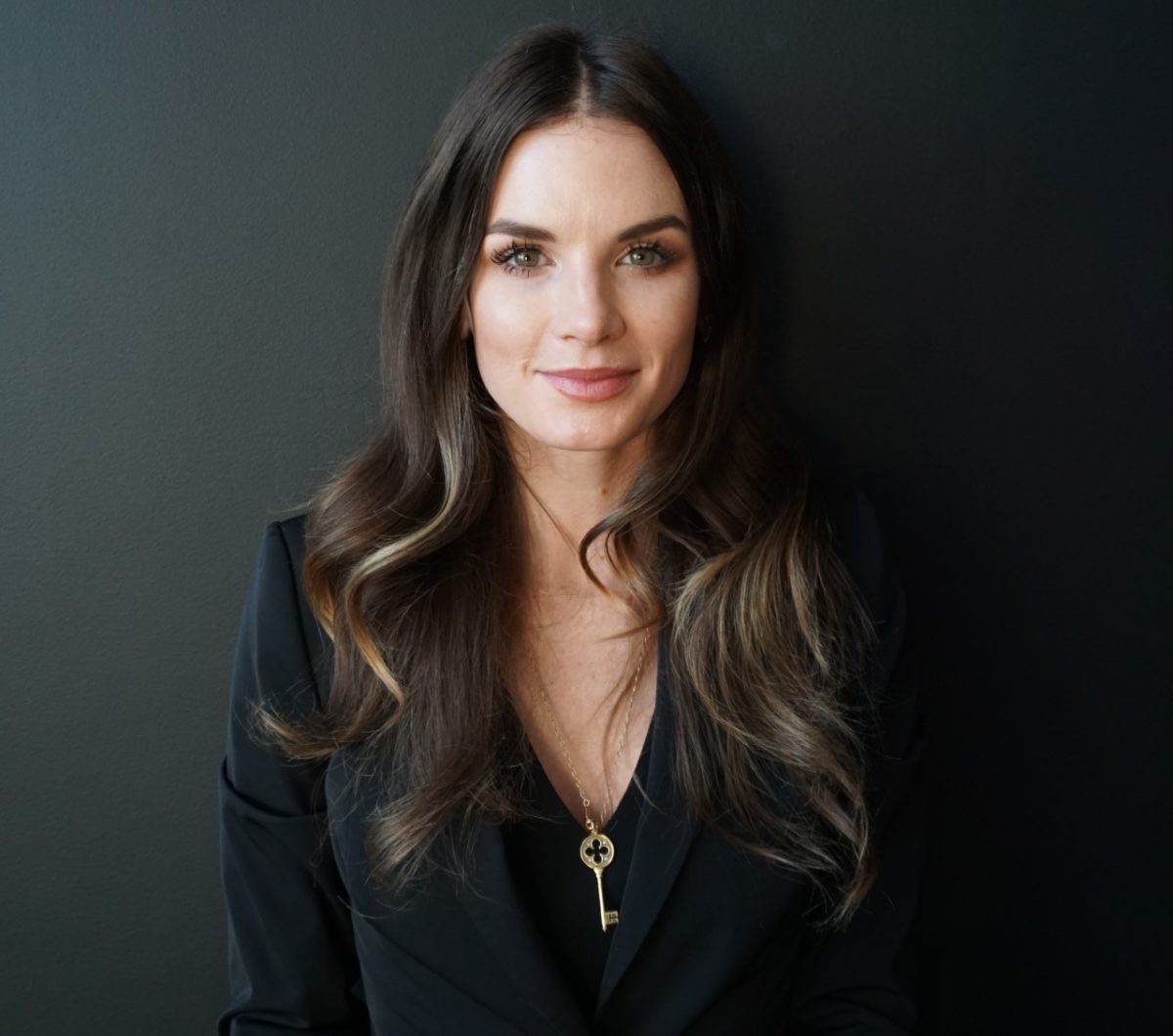 “I had never taken an accounting class or a finance class. Accounting sounded daunting to me, and I would have peers in my classes with years of accounting experience,” said Dawson. “I was nervous I wouldn’t be able to keep up.”

Upon entering Crummer, she quickly realized that as a non-business major, the program was set up so that she wouldn’t be left behind in her classes.

“The team structure meant you could always rely on people and learn from your peers,” said Dawson. “The smaller class sizes also meant you could get one-on-one time, and it made the learning process a lot quicker.”

Dawson’s original intent was to go the marketing route, as she had a creative background and was an artist. However, she found that finance was where her talents were, even though she had zero finance experience prior to Crummer and had no intention of concentrating on finance.

But, once she got a taste of finance, she wanted more.

“I was really hungry for that intense academic experience,” said Dawson. “I asked what the hardest class I could take at Crummer was, and everyone said Dr. Singleton’s finance class. I was immediately hooked.”

Just as Cameron was hooked on finance, her professor and mentor, Dr. Clay Singleton realized her natural talent as well.

“Cameron was an extraordinary student.  She was passionate about learning and not afraid to try new things.  My classes are a practical and hands-on experience in finance.  When she did a great job on all her assignments in my security analysis class, I knew she had the potential to do well in finance,” said Dr. Singleton,

He says even though she didn’t have finance experience prior to his classes, they are set up so anyone can succeed as long as they are able to solve new problems. Success in finance does require a level of ability to work with numbers, but there is more to it than just being mathematically-driven.

“Thinking beyond the numbers is essential.  The new problems you will encounter will not be solved by math alone.  To be successful, you will need a broad view of your enterprise and its role in the world,” said Dr. Singleton.

Bitten by the finance bug, Cameron excelled to the extent that she received the Dr. Edward Moses Distinguished Finance Award, given to the top finance scholar at Crummer post-graduation.

Knowing she wanted to end up in New York City, the scholarship allowed Cameron to be patient as she searched for the right opportunity.

The best advice she said she received was to take the CFA Exam (Chartered Financial Analyst Exam) and recommends anyone interested in a career in finance to do the same.

The CFA Program opened the door for Cameron to land a job with U.S. Trust, Bank of America – which eventually promoted her to New York City four years ago after she passed Level Three of the exam.

“They gave me a call and said they’d love to have me come up and work on their equity research team, so now I am the lead equity analyst for the industrial sector at U.S. Trust, Bank of America in New York City,” said Dawson.

Although Dawson has found her niche in finance, she reiterates that not all is lost from her days in the performing arts. In fact, it has become an important part of her professional repertoire.

“The dance and performance background I had in my Rollins undergrad was extraordinarily helpful because I am often on the road presenting to clients. These presentations
can only be helped by my time on the stage at the Annie Russel Theater,” said Dawson.

As time has gone on she has noticed the melding off all the skills from the performing arts, economics and now business finance has set her up with a unique skillset that’s been a major contributor to her success.

“The performing arts gave me the confidence to get out in front of people,” said Dawson. “All of my different skills have come together, so it’s been quite fun.”

For other non-business undergrad majors looking to succeed at Crummer, Cameron recommends to first of all come in with an open mind about what you want to focus in.

“I didn’t know what I wanted to do when I started Crummer, and I would think that lot of my peers felt the same,” said Dawson. “Having the ability to be exposed to all these different subject areas in the world of business is really helpful in the first year to help you identify where your skillset is aligned.”

She recommends to leverage the Crummer network to your advantage. It’s not out of the realm of possibility to enter Crummer without an idea of where you want to go, and then end up in the finance hub of the world.

“The Crummer alumni network was vital to me as I was trying to break into the New York finance industry, providing invaluable advice and industry contacts.  I hope that I can do the same for future graduates,” said Dawson.

Crummer Welcomes Six New Members to the Crummer Alumni Board

Neely spearheaded the founding of the Student Ambassador Program at Crummer, among other leadership roles.