Omnimodal: Connecting Public Transit Riders to the Mobility as a Service (MaaS) Revolution

This article appears in the August 2020 edition of the Center for Advanced Entrepreneurship newsletter.

It’s difficult to deny that there is a considerable equity gap between riding the bus and driving in Orlando – especially if you are a hospitality worker dependent on public transit. The time it takes to get from Point A to Point B, whether it is going to work or to school or to the doctor’s office, all adds up. It’s one of the leading indicators of someone’s ability to escape poverty, according to a recent Harvard study.

This commute time problem is what motivated co-founders David Thomas Moran and Nathan Selikoff to find a mobility tech startup and social venture called Omnimodal.  They believe that public transit is the backbone of the coming Mobility as a Service (MaaS) revolution and that it is critical to center the public transit rider experience in mobility tech innovation. 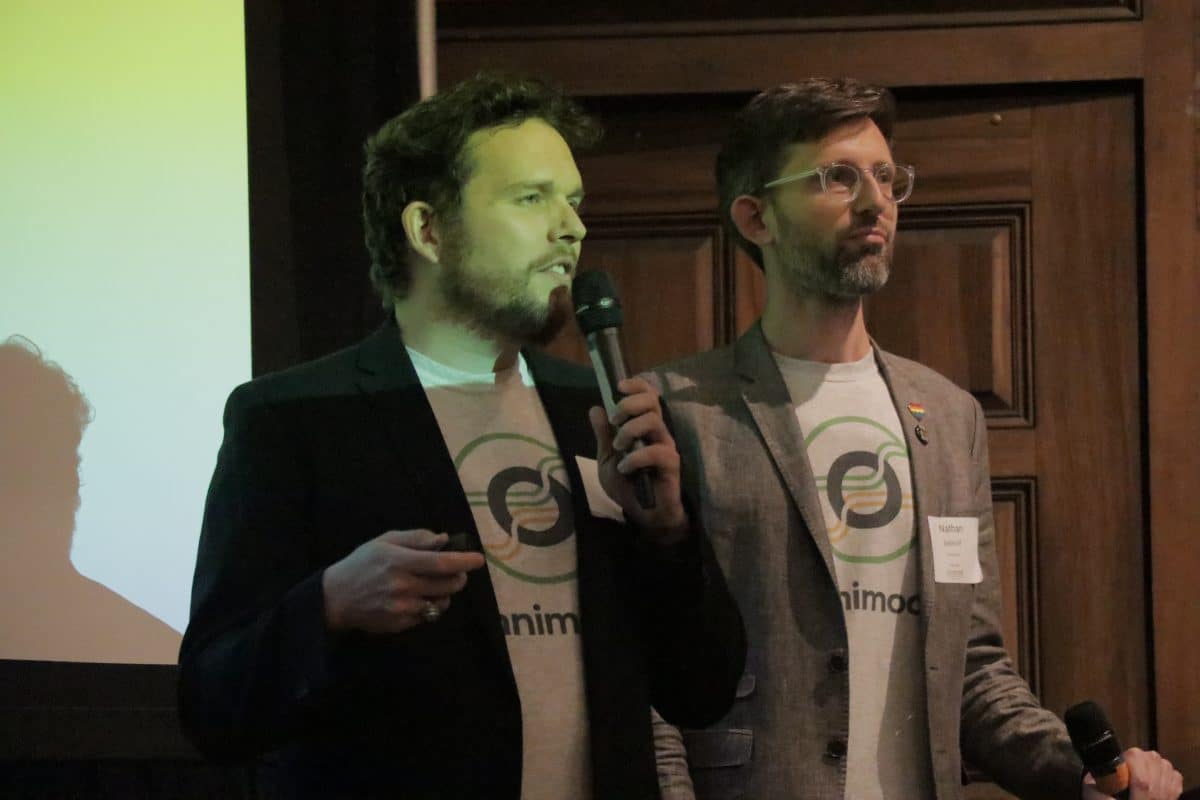 While they can’t solve these service problems overnight, they believe they can put high-quality, real-time information into the hands of public transit riders and other commuters to work to reduce congestion and commute times for everyone.

David Thomas Moran and Nathan Selikoff are two names that have since become synonymous with social entrepreneurship in the Orlando entrepreneurial ecosystem through their work with Ominmodal.

They are using their diverse skill sets:  for David that includes strategic communications, multimedia production and community engagement as well as the knowledge he has gained in pursuing his PhD with specializations in transit equity, open mobility data and trip planning app UX/UI, and for Nathan, it’s systems architecture, data visualization, digital mapmaking, full stack web development and more to change how mobility tech serves public transit riders and multimodal commuters.

Omnimodal’s current solutions out on the market are TheTransitClock prediction engine and the Mobilize OS platform.

TheTransitClock is an open-source software that optimizes real-time predictions to share with transit riders across digital platforms (apps, digital signage, websites, SMS texting, etc.). They’ve deployed TheTransitClock for both the City of Sanford and FDOT District 5.

Mobilize OS – which Omnimodal has been piloting with the City of Orlando over the past two years – is an integrated mobility management tool for city staff that, in addition to transit, plugs in parking and shared mobility data. The multimodal platform provides dashboard views of real-time operations, historical trends, and real-time commuter information for transit arrivals, parking availability and shared mobility locations (i.e. bike share and scooter share). The value proposition for Mobilize OS is that it empowers city staff to make data-driven decisions about investment in multimodal capital projects and operations that also center public transit riders. The long-term result is more equitable, safer, cleaner, and more efficient travel as well as improved multimodal quality of life for all neighborhoods and communities.

There is more work to be done, according to Moran.

“Cities and governments around the country are facing a pain point in terms of how to remain relevant in a mobility tech space that keeps changing,” he said. “Mobility as a Service is a big buzz phrase. There is a need to better integrate and connect transportation infrastructure and mobility tech as a whole; to revolutionize it to become a more frictionless experience for commuters with reliable, real-time information and seamless payment across all modes of transport – transit, parking, toll roads, traffic, etc.”

Moran boils it down to the three “I”s: iteration, interoperability, and impact – the importance for tech solutions to be iterative and easily adaptable to changing technologies, to be interoperable in data sharing across modes, platforms and applications and meaningfully impactful on the commuter experience particularly centering the needs of public transit riders and transportation equity.

As a social enterprise, in 2017, Omnimodal applied for and became a member of the first cohort of Rally: The Social Enterprise Accelerator. Rally provides mentorship and curriculum to social enterprises over the course of four months.

“It was a tremendous experience,” said Moran. “To find a community of people who believed in our vision was very affirming. The mentorship provided by Rally was the most impactful piece. We established relationships with two of the mentors; Robert Ramos Carney and Rajiv Menon. Rob Panepinto and John Caron have also kept in touch regularly since Entrepreneurs in Action (EiA) actually made the investment we received via Rally.”

In 2018, Omnimodal won the Rally Pitch Competition, providing the company with $25,000.

“This was the year to really scale up. It was very helpful to have a cohort of peers who valued social entrepreneurship. It made us rethink entrepreneurship from the perspective of social impact,” said Moran.

In 2019, they entered and came in second place in the Venture Plan Competition at the Crummer Graduate School of Business at Rollins College.

“The filter and framing were different in this competition. They wanted to know our numbers. This brought clarity to the business and struck a balance between our business model and social entrepreneurship. We had to convey our value proposition and make it resonate and relevant to a wider audience,” said Moran.

Over the past few years, they have continued to be involved in the entrepreneurial ecosystem and have either worked with or received funding through: UCF’s I-Corp, UCF’s Center for Entrepreneurial Leadership, The Joust New Venture Competition at UCF, Starter Studio, and Venture ScaleUp.

In the fall of 2019, the company rekindled its ties to Crummer and brought on a Crummer MBA intern, Gerardo Abril.

“It was wonderful having a Rollins student on board.  Gerardo was an awesome addition to the team working both on market research and software dev tasks. Having an intern also challenged us as co-founders to re-think our management and leadership styles.  It’s one thing to be co-founders, it’s another thing to intentionally make room in in your company for other people – to be an effective manager and colleague. I learned so much about myself too,” said Moran.

In October of 2019 the company completed its first development milestone for Mobilize OS with the City of Orlando pilot. And, in February 2020, it’s second. There is still work to do. They are awaiting news from Orlando on whether the pilot will be extending. They know they need additional funding for development and staffing.

“When you work with other people who believe in you, you don’t always realize that others may not see you in the same way and may not be ready or willing to invest. As with most entrepreneurs we have three options: pivot, persevere or exit,” said Moran. “Hopefully, the first or second option will be a fit.”

Time will tell which option is best for Omnimodal.

“I’m hopeful that we can continue to persevere, grow our team and expand our impact beyond Orlando.  Regardless, our journey with Omnimodal has been life-changing and wouldn’t have been possible without Rally and the support of the social entrepreneurship community in Orlando. For that Nathan and I are both forever grateful,” said Moran.

Forbes Once Again Ranks the Crummer MBA #1 in Florida

For the second time in a row, the Crummer Graduate School of Business at Rollins College has been named the number one MBA program in Florida by Forbes magazine.