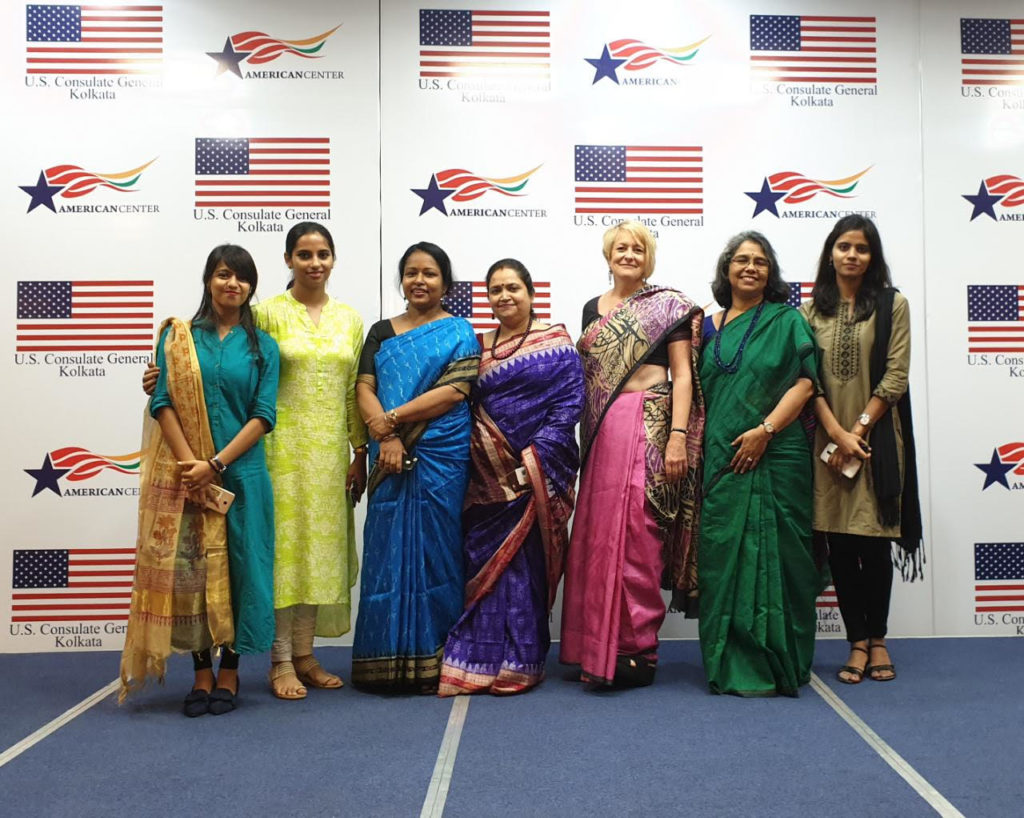 As a new Program Manager is hired, lofty goals are set for the Tupperware-Rollins partnership, including bringing in another international scholar.

When Yasmin Mesbah ‘18MBA found out about the Program Manager opening at Global Links, she didn’t hesitate to apply.

Previously a Graduate Assistant for Global Links and a recipient of the SunTrust Distinguished Leader of Merit award, her love for the program ran too deep to walk away.

Global Links was started in 2011, as a public private partnership between Rollins College, Tupperware Brands, and the U.S. Secretary of State’s Office of Global Women’s Issues. The program sponsors female professors from developing and post-conflict nations to grow their entrepreneurial skills and knowledge.

What starts as one international scholar making her way to Rollins for a 6-month immersion experience, ends with that scholar sharing her learnings with over 2,000 women who are impacted by Global Links.

“We as change makers—as  individuals—we start with one idea, one action and it ripples out, resulting in positive changes for people across the world,” said Dr. Mary Conway Dato-on, Faculty Mentor for Global Links. “Global Links is the manifestation of the Crummer mission.”

Dr. Conway Dato-on has worked closely with Yasmin as she was the Graduate Assistant for Global Links over the past two years. 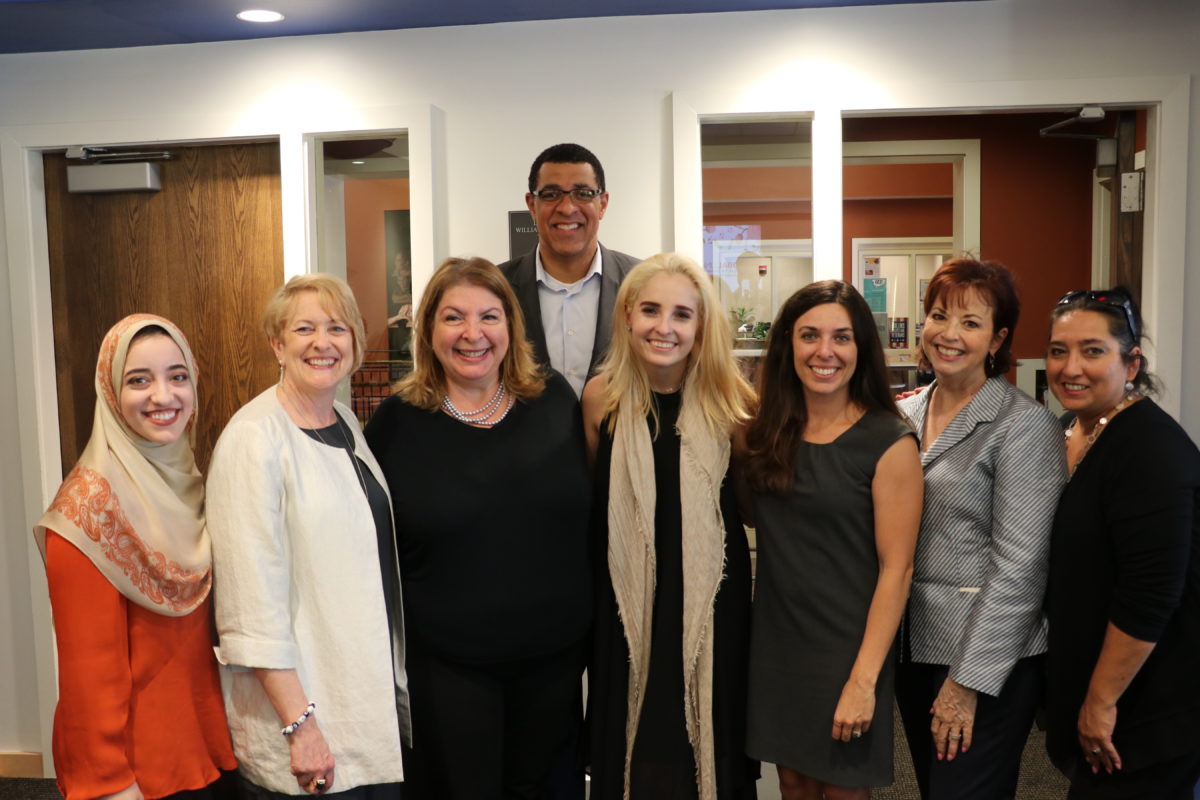 “As the SunTrust Distinguished Leader of Merit, as someone who is passionate about changing the world, especially women’s empowerment in the world, it’s just a perfect match, and I can’t think of anyone better stepping into that role,” said Dr. Conway Dato-on. “The only way to continue our success is by having someone who wakes up every day and thinks, ‘this is my job. This is what I’m here to do, first and foremost.’ That’s how we grow.”

As someone with a resume as impressive as Yasmin’s, her opportunities to land a splashy job at a large company were there, but she can’t envision doing anything else than helping this program grow.

“Most of my MBA colleagues, went on to big companies with big names and big salaries, but I couldn’t walk away from the program yet because I love it so much,” said Mesbah.  “I couldn’t just walk away from it knowing the potential it had and the change I could make by working with it.”

The Global Links experience is broken down into three phases: in the first phase, the female international scholar comes to Rollins College, audits graduate courses, and completes a professional externship.

In Phase 2, she returns to her home country to train and mentor her students in social entrepreneurship. During this phase the scholar and students partner with local NGOs to provide business assistance to local female entrepreneurs.

Finally, in Phase 3, which starts this September, the scholar returns to Rollins College with five of her students for a two-week immersion program to further enhance their social entrepreneurship training.

“The students will attend classes, events, social activities, cultural activities; we will immerse them in the Rollins culture as much as possible,” said Mesbah. “When they go back to India, they can continue to build the cycle of learning and pass along what they absorbed here to continue building upon their work.”

The ripple effect of social change that Global Links has doesn’t stop there, either.

“Last year, when the students who [participated in] Phase 3 went back to India they were so inspired and touched by the work they did, they didn’t think it was right for the efforts to end with the program there,” said Mesbah.

She said the five student Changemakers took it upon themselves to start making change at their home universities in India.

With no funding or outward support whatsoever, the five students organized a competition.

“They created a Facebook page and they announced it at their university; it was a poster, video, and essay competition around the theme of female empowerment,” said Mesbah.

In just one month, they received over 50 submissions.

So impressed by the work of these five students, the U.S. Consul General in Kolkata, Dr. Craig Hall, hosted the awards ceremony at the American Center to honor the winners of the competition.

“It was amazing; they did that with no funding or anything.  It wasn’t required of them at all. They were just so inspired by the work,” said Mesbah. “That’s really the goal of this program.

The 2017-2019 scholar, Dr. Rumpa Chakraborty, will return to Rollins College with five student Changemakers to participate in phase three during Fall 2018, between the dates of September 15-30.

With the success that Global Links has received thus far, it’s only natural that the goal of the program is to expand and make social change in new markets.

So far, the program has been focused on India, where the female-to-male labor force participation is roughly 36%, according to an Indian labor force study. That same study showed that if women participated in the labor force at the same level of men, they could be worth $900 billion to the economy by 2020.

Gianna Hernandez, EAMBA 32, joined the team as the new Graduate Assistant this year. She said her initial meeting with Yasmin solidified her choice to help with the efforts of expanding the Global Links program into new markets.

She said, “This is it, this is making legitimate change. To be able to lift up other women from across the globe is, I think, spectacular. I wouldn’t get that experience anywhere else,” said Hernandez. “It’s not a crazy dream to have two or three scholars at one time. It’s completely doable, it’s completely manageable; it just needed someone to put the time and the effort in.”

Dr. Conway Dato-on says the driving force behind expansion ultimately comes down to more funding, but also showing off the success of the program and how many people are affected by each Global Links cycle.

The call for applications for the 2019 Global Links scholar and the location transition announcement will be released in the coming months.

‘Slowbalisation’: A Side-Effect of COVID-19

EDBA student Gustavo Miotti, researching globalization for his doctoral dissertation, says we need to continue global innovation despite the pandemic