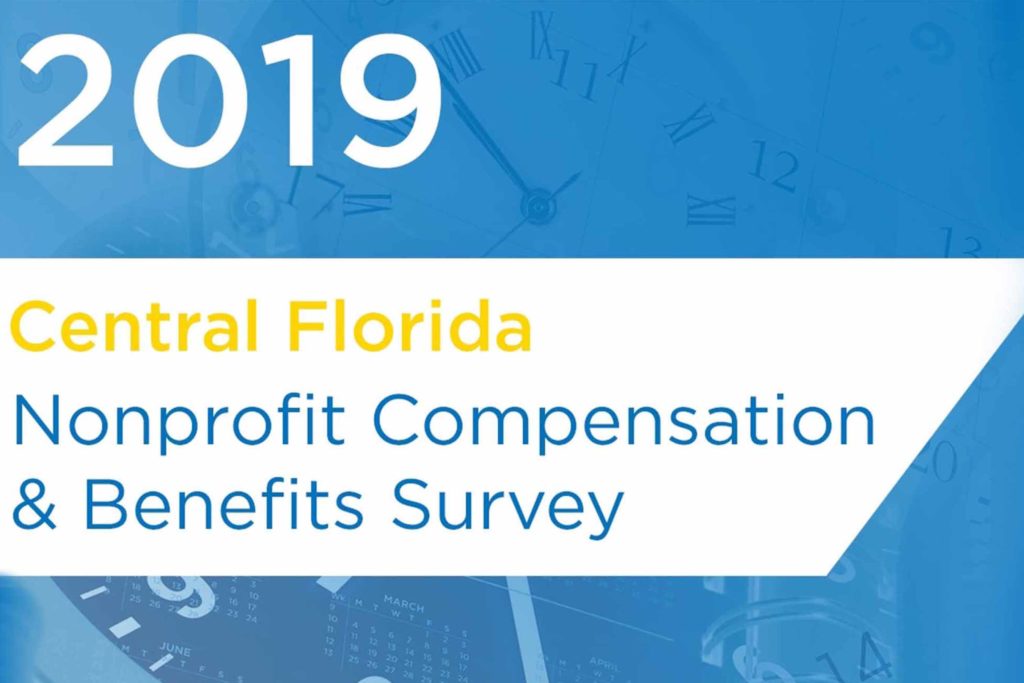 Right now, it doesn’t get much better.

“Every nonprofit needs great people who believe in the mission of the organization and want to help move that mission forward everyday” said Blanchette. “The 2019 report shows it’s a good time to enter the sector. Wages are up and nonprofits are healthier.” 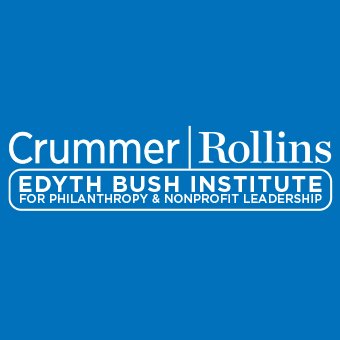 The bi-annual Central Florida Nonprofit Compensation & Benefits Report issued by the Edyth Bush Institute at the Crummer Graduate School of Business shows growth across the board on salaries and operating budgets.

This is similar with the overall economy, which supports the findings of the report, according to Dr. Bill Seyfried, Associate Dean for Academics and George D. and Harriet W. Cornell Professor of Economics at the Crummer Graduate School of Business.

“The report shows the nonprofit sector is competing in a labor market similar to the rest of the economy, which resulted in comparable increases in the employee turnover rate and wages,” said Dr. Seyfried.

According to the 2019 Central Florida Nonprofit Compensation & Benefits Report, 78 percent of survey participants reported salary increase budgets in their current fiscal year at an increase of 2.53 percent. Since 2011, there has been a steady rise in overall budget increases, with projections over the next year looking optimistic as well.

While wages and budgets have risen, challenges still remain for Central Florida nonprofits.

Diversity in c-suite positions has plenty of room for improvement.

For all four c-suite positions, there is more than a 75% representation of white/Caucasian for each position (CEO/Executive Directors at 90%, COOs at 77%, CFOs at 83% and CDOs at 94%).

African-Americans are represented at only 5% of the CEO/Executive Director positions, Hispanics at 2% and 1% for Asian-Americans and Native Americans.

There is the most ethic representation at the COO position, which has 77% white/Caucasian, 12% Hispanic, 8% African-American and 4% mixed-race.

There is the least amount of ethnic representation at the CDO position, which is 94% white/Caucasian and 6% Hispanic.

Another interesting note in the report is the increase in turnover among employees in the nonprofit sector. However, there is an increase across the board in turnover in the general job economy, according to Compdata.

The report published by Compdata, a Salary.com company, reports turnover at 19.3% in 2018, rising a full percentage point from 2017 and more than 3.5 percentage points since 2014.

Dr. Seyfried says when the job market is strong as it is now, higher employee turnover is the result.

“With unemployment near a 50-year low nationally and below 3% in Central Florida according to the most recent job market report (for May 2019), companies and organizations are competing for qualified workers. Thus, it has become more difficult to retain workers, resulting in increased turnover,” said Dr. Seyfried.

Despite the rise in total turnover, 19% of nonprofits surveyed in the 2019 report say that turnover is a significant problem.

“Today’s leaders of nonprofits have to be intentional and strategic in ways to retain their staff,” said Blanchette. “If you have a staff a 10, a loss of two hurts. The challenge nonprofits face is not only to provide appropriate compensation – we must invest in our associates! The Edyth Bush Institute offers trainings, certifications, and workshops, and those are all ways to let your staff know that you want them and need them.”

“In line with Rollins and Crummer’s tradition of excellence, the Edyth Bush Institute strives to be a convener of great people and a curator of information to be able to share with local nonprofits. We are proud to continue to be an excellent source for all nonprofits for premier training, coaching, and certification and counsel to help them be the best they can be” said Blanchette.

For more on the 2019 Central Florida Nonprofit Compensation & Benefits Report, you can order the report here.

Associate professor of finance, Dr. Koray Simsek, outlines the challenges facing SRI investors as well as how Crummer navigates the ambiguity with its SunTrust Portfolio