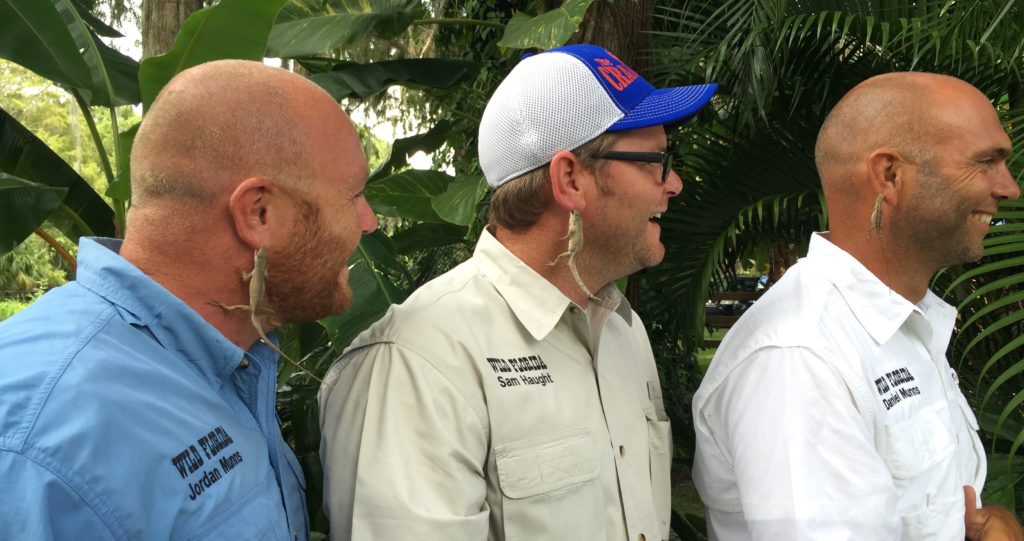 As he shows you Wild Florida’s expansive collection of alligators and starts rattling off facts about the natural ecosystem of Florida, you’d think Sam Haught ’08MBA has lived here his whole life.

Instead, it wasn’t too long ago that Haught was over 2,000 miles away. Instead of his now-standard khaki outdoor shirt and lakefront view, he found himself sporting a traditional necktie in a cubicle.

Just over 10 years ago, Haught was already very successful in his own right, holding a secure finance job at Goldman Sachs in Salt Lake City, Utah.

He grew up in the Western United States, working on a family-owned cattle ranch in Arizona and completing his undergrad in Utah, developing a love for the outdoors in some of the United States’ most beautiful natural scenery.

As much as he loved it out West, he found a new climate to explore and enjoy when he met his future wife, who had Southern roots.

“I met my wife out there [in Utah] and got married. What I learned with Southern girls is that they always go home. It wasn’t too long after we were married that we moved out here to Orlando,” said Haught. 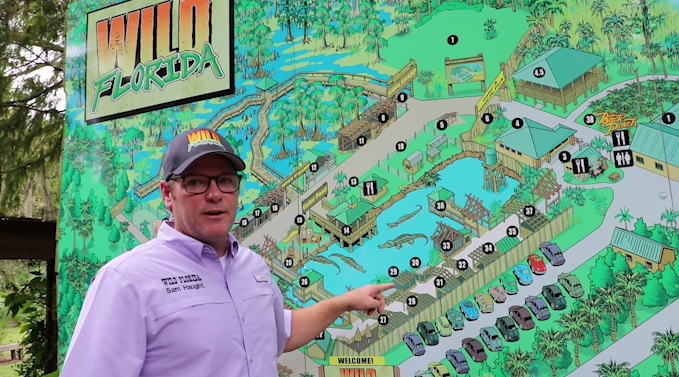 Relocated to Central Florida, Sam Haught started to explore getting his MBA.

“I always wanted to get an MBA; that was a life goal for me. When we moved back here to the Orlando area, Crummer was at the top of my list because it has the best reputation, the best ranking, and the campus is beautiful,” said Haught.

Already with years of professional finance experience under his belt at one of the most recognizable names in investment banking, Haught credits Crummer to developing his entrepreneurial spirit as he took night classes in the Professional MBA program.

“I think that my undergrad experience was really good at teaching me broad spectrum business skills, but Crummer allowed me to hone in on entrepreneur-like skills and gave me real-life experience that I needed to be able to start a business like this,” said Haught.

He got his first taste of entrepreneurship when he started developing, flipping and entitling Central Florida real estate during the housing boom.

It was going great, but everyone knows what happened next.

“The market crashed, and we were left with a lot of property, not knowing what to do with it,” said Haught.

Instead of collapsing under the pressure of the housing crisis, Haught looked at it as an opportunity and started dreaming of combining his passion of the outdoors with his newfound entrepreneurial spirit.

“The idea of a tourist attraction came up, with a chunk of 50 acres in Osceola County, in-between Disney and the beach,” said Haught.

At the time the land of what would become Wild Florida was a fish camp, a cheap place for northerners to park their RVs, escape the cold, and fish off the shores of Lake Cypress. Noticing the potential of something more than a fish camp, Haught started thinking. 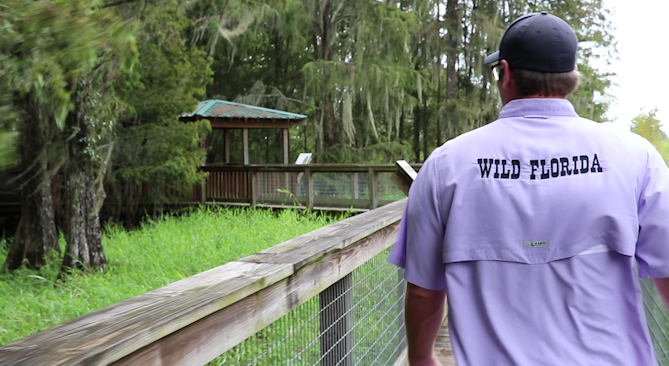 “We started to dream that the retention pond in the middle of the property could be a gator pond,” said Haught. “We dreamed people from all over the world could see native, Florida animals in the wild. We would manage an airboat operation, maybe open a restaurant, and build meeting spaces.”

Haught found quickly that when you combine your passion with hard work, success happens.

Right at the time Haught decided he was going to go for it and create Wild Florida, Goldman Sachs came knocking at his door again, offering him a new position as a manager of a team they were creating. He says it was a very attractive offer and left him at a crossroads.

However, he decided he couldn’t leave behind what he was building in Florida.

“I love the outdoors and the passion really drives this—my passion is the outdoors. If I had my choice, I’d be hunting, fishing, camping, airboating and doing all that sort of stuff any given day. This is a lot closer to that than a desk job at Goldman Sachs,” said Haught.

It wasn’t always easy, as Haught says he heard time and time again that Wild Florida wasn’t a great business model, and they would be a “two or three years and done” kind of company.

“Everyone said you’re too far out, you’re in the middle of nowhere and nobody will drive out that far to come see you,” said Haught, who says Wild Florida had over 150,000 visitors last year.

One of the best aspects of his Crummer connection, is that Haught says he can come back at any time to bounce ideas off of the faculty and his fellow grads and to audit classes.

“The best part about it, and the thing Crummer does really well, is they utilize people who are in the business of what they are teaching and are currently involved in it. You’re not getting someone who just has book training in a subject; it’s someone who has actually lived it,” said Haught.

Going back to class has been especially important now, as Haught looks to make the largest ecotourism expansion in Osceola County history.

Wild Florida bought 80 acres of surrounding property, and plans to develop a drive-thru safari park, which Haught says will be a nice escape from the Florida heat after a day air boating or walking through the wildlife exhibits.

“We have an idea of this place being a destination, where we have a lodge and people can stay and use it as a launching pad for all the other things Central Florida has to offer,” said Haught. “They can go to the parks, go to the beach if they want to, but come back here and really live in this or vacation in this wild environment that is true, natural Florida.”

At the end of the day, Haught wants to give the millions of tourists who visit Florida every year a taste of what Florida really is.

“Our goal here is to make a connection with the Everglades and with animals in general. I don’t care if it’s a sloth, fox, or zebra, I just hope it’s something that makes you say ‘wow’ and want to learn more about it so you can preserve and protect that animal,” said Haught.

Crediting the connections he made at Crummer and Rollins, Allan Keen `70 `71MBA `10H was able to secure the deal that made him the exclusive real estate broker for Universal Studios.

Social Enterprise and Rally: Making Positive Change in our Community