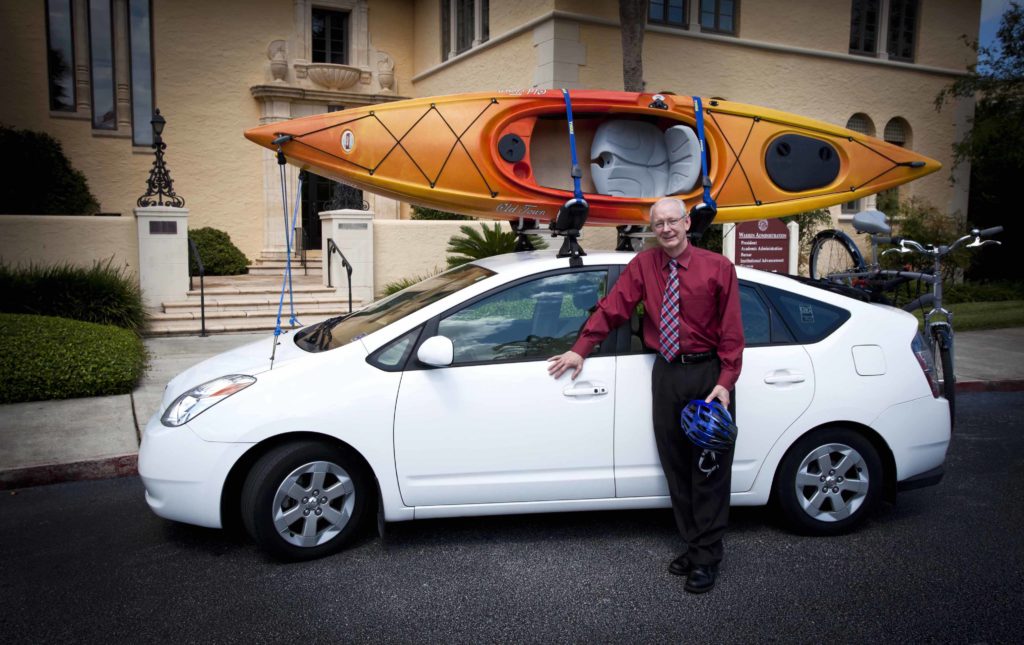 Dedicated, empathetic, generous, and a genuine person to be around are just a few of the ways his colleagues and friends use to describe Steve Gauthier’s legacy.

There are countless stories about Steve’s compassion and commitment to Crummer, how his dedication to enriching the lives of every business student who walked through that door drove his passion, spanning nearly four decades at Crummer. 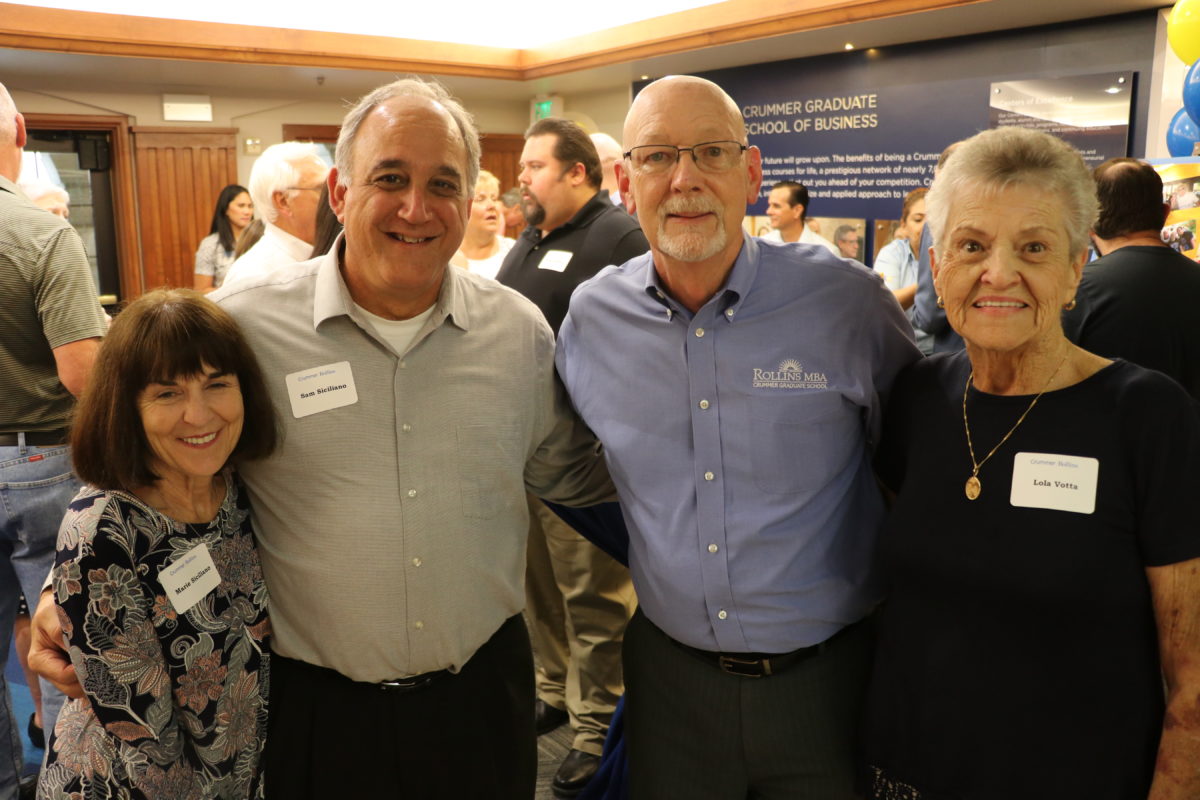 The late Craig Poore, shared a story at Steve’s retirement party in the spring of 2019 about how he personally affected his life. With both of Poore’s parents unable to attend his Crummer graduation due to cancer, Steve ensured to make Poore’s graduation as special as possible.

When he was returning his unused graduation tickets, Poore told Gauthier the two people he most wanted to see him graduate were his parents.

“Steve listened, expressed sincere sympathy for my family and thanked me for returning the tickets. A few days later he stopped me in the hall and made one of the kindest offers I’ve ever received,” Poore said.

Later that week, Gauthier and the late Dean Emeritus Crummer Dean Dr. Ed Moses personally showed up at Poore’s house, presenting him with his diploma, induction into the Beta Gamma Sigma honor society, and ensured Poore’s parents got to see him receive his MBA.

Hiring Ketteringham over 15 years ago, Gauthier was always known to do whatever what was necessary to ensure the smoothest experience for students.

He was known to come in on Saturdays during MBA orientations, and even as the associate dean, he was working alongside everyone else, moving tables, cleaning classrooms, and hauling cases of water bottles from the parking lot to the Crummer building. Whatever needed to get done, he was ready to step in. 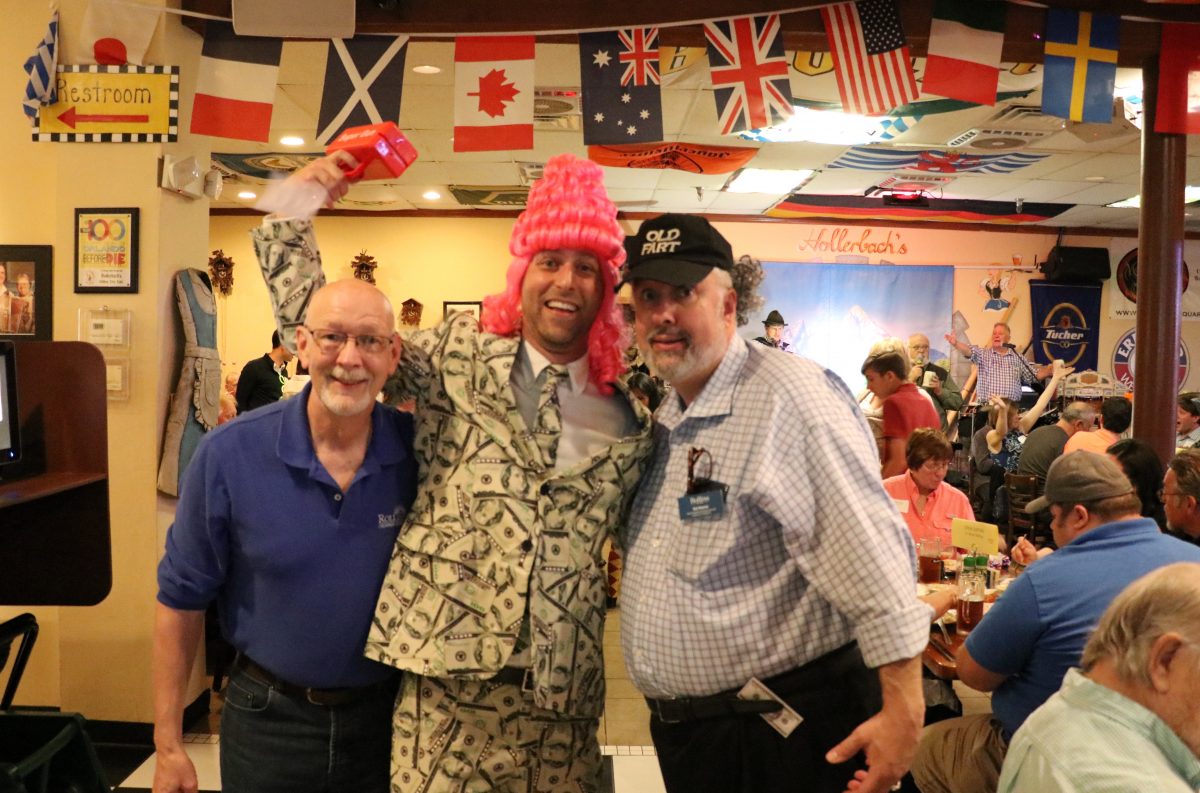 Outside of work, Ketteringham had no idea who the “real” Steve was until she attended her first Crummer Oktoberfest Scholarship Fundraiser.

“He had always been approachable, but very professional and proper,” she recalls. “At Oktoberfest, I seriously did not know who he was when he came out dressed in an outlandish outfit, and then proceeded to change into six different fun costumes!”

Gauthier’s enthusiasm for Crummer Oktoberfest was legendary, and he blazed the path for the future celebrity servers to have as much fun with it as he did.

“I will always remember my first Crummer Oktoberfest because of Steve. I was a server, and it was Steve’s first time attending as a non-server,” said Dr. Brian Walkup, associate professor of finance at Crummer. “I was assigned to his table, and he indoctrinated me by bringing a full box of wigs for me to rotate through during the night. It made my first Crummer Oktoberfest experience beyond special.”

Amongst Crummer’s staff, Gauthier was known to show up to work with a kayak strapped to the roof of his Toytota Prius, an avid sportsman as well as sports fan—his office was strewn with memorabilia from Boston sports teams and Michigan State University (his undergraduate alma mater).

Inside of his decorated office, he was all business.

Throughout his years at Crummer, Gauthier became well-versed in all aspects of running a business school. From admissions, to marketing, to student services, and internal finances – Gauthier wore nearly every hat that’s vital to a successful business school.

He was proud of developing lockstep programming at Crummer, the way students today go through the program. Instead of individually choosing classes, students remain in teams and go through the curriculum as a cohort.

After redesigning the curriculum to become more cohort focused, the Crummer School became accredited, opening the doors for the prestigious rankings we are so proud of today, including #1 MBA in Florida for Return on Investment by Forbes and #1 in the Nation for Leadership Excellence by HR.com.

“Steve Gauthier was a Crummer treasure,” said Dr. Elwell. “Will his passing create an impossible void to fill in the Crummer/Rollins community? You may be surprised to read that I definitely think not! – – and I think not because I firmly believe – – like all great leaders – – Steve both explicitly and implicitly infused his outstanding leadership skills into the fabric of the Crummer/Rollins modus operandi. Steve has already filled the void. Great leaders do that – – and Steve Gauthier was definitely a great leader.”

The Executive Evolution: From EMBA to EDBA

Drs. Rhonda Bartlett `15MBA `19DBA and Monica Clayton `15MBA ‘19DBA relied on each other as they made their way through the Executive MBA program, and five years later defended their doctoral disserta

Recently retired from her position as a Senior Vice President at Morgan Stanley, Crummer Alumnae Sandee Smith shares her keys to success.