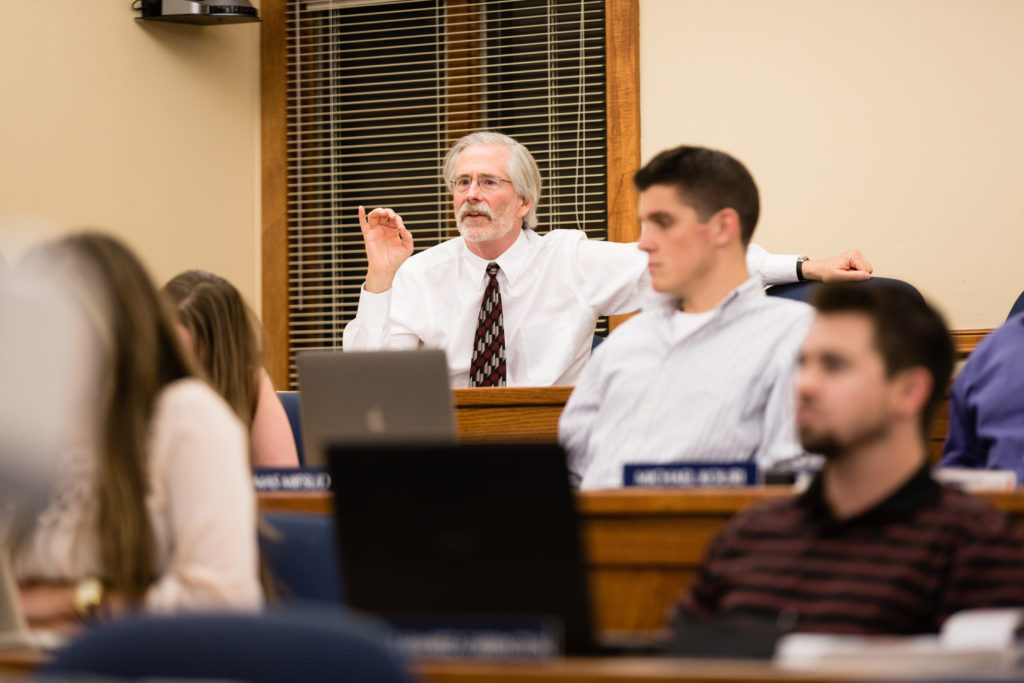 When Crummer EAMBA students Christian Panier and Chrissy Schreiber took an interview for an opportunity to begin working with Charles Harwood Professor of Marketing and Strategy Dr. Greg Marshall, they both knew it would be a great opportunity to learn from a renowned marketing professor—but they didn’t realize just how important the actual work itself would be or that it would lead to working with another highly accomplished Crummer professor as well as several of the top publishing firms in higher education.

“I am trying to get into marketing and market research, so if there’s someone to ride the coattails of for the next couple of years, there’s no better choice than Dr. Marshall,” said Panier.

Initially thinking the graduate assistantship positions might include busy work and completing menial tasks, both Panier and Schreiber were surprised to see the high-level work they were immediately assigned. 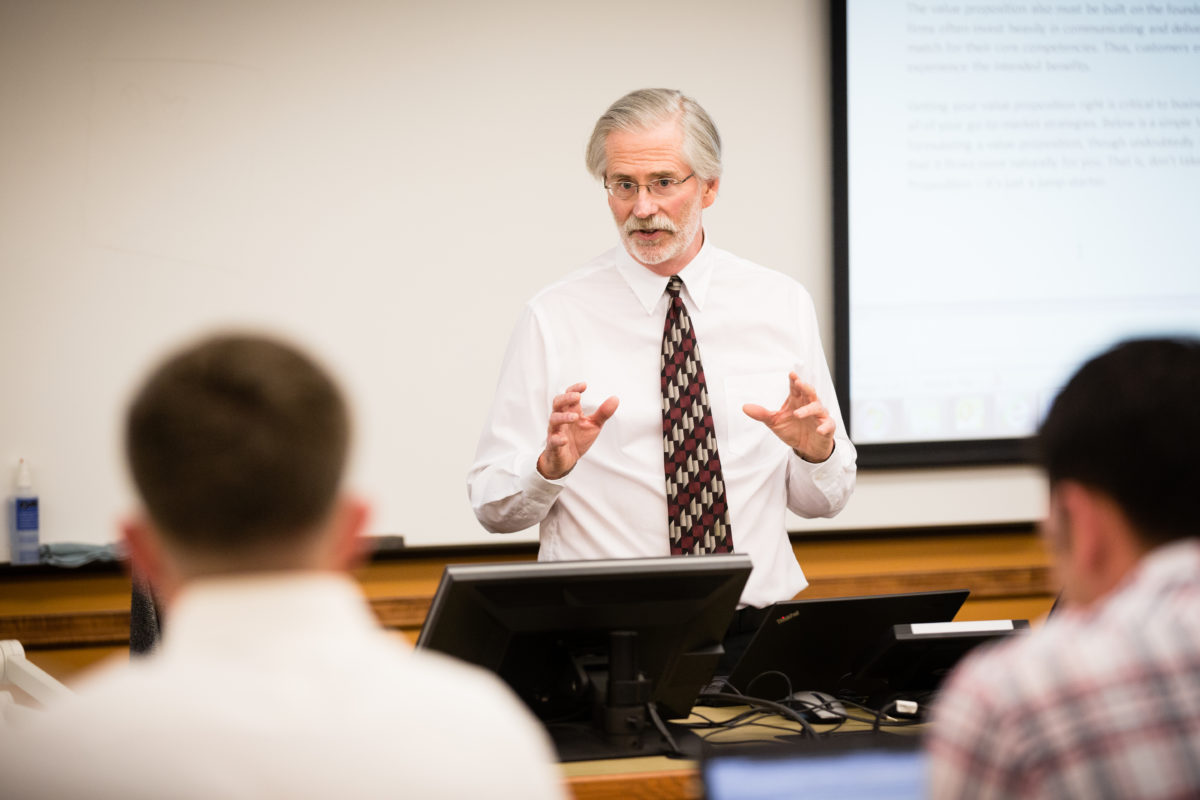 “I learned a long time ago that when students come into roles working with professors they often hold stereotypical views that their role will be more clerical than strategic,” said Dr. Marshall. “I emphasized to both students in their interviews that this was a real professional opportunity, so I’m really glad they have approached it that way from day one.”

Out of the gate, they were assigned to start contributing to a new edition of the Marketing Management book written by Dr. Marshall and Crummer’s Alan and Sandra Gerry Professor of Marketing and Ethics, Dr. Mark Johnston. The book is widely used around the country in both MBA and upper-level undergraduate courses.

“That was great because we were using the current edition of the textbook in our marketing course here at Crummer, so we were learning about it in class, while also diving deeper into updating content for a new version of it,” said Schreiber. 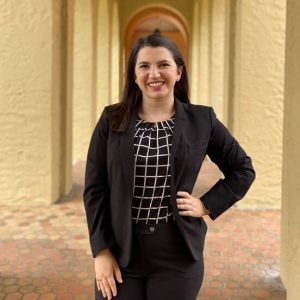 In tandem, Panier and Schreiber also initially worked on updating Drs. Johnston and Marshall’s Sales Force Management and Contemporary Selling books, which are published by Routledge.

“One is more for graduate level and the other one [Contemporary Selling] is mostly undergraduate level, so that one was more of looking at references, data, and concepts that come that come up in sales,” said Schreiber.

And as if all those topics weren’t enough marketing immersion for the students, they also jumped onto a revision of Dr. Marshall’s principles of marketing book Marketing: Real People, Real Choices, which he coauthors with two colleagues outside of Crummer. “That book is a real bear,” said Dr. Marshall, “mainly because it’s a super mainstream basic marketing textbook for undergrads, most of whom are not marketing majors, so it’s the only exposure they get to marketing in their entire educational experience!” The book is published by Pearson.

But that’s still not all!  When he talked to them about coming on board Dr. Marshall also told them he wanted to entrust them to contribute to a brand new venture that he was set to collaborate on called the Ultimate Gig, a research and writing project focused on better understanding the gig economy.

On signing the project, the publisher (Emerald) and the book’s editorial team absolutely loved the fact that two outstanding MBA students from a school with Crummer’s strong reputation would be willing to chip in their insights and expertise as the book developed from scratch.

Originally, the pair of students were mostly going to fill in work gaps here and there as the project unfolded, but their prowess for more substantive contribution quickly impressed Ultimate Gig managing editors John Fleming and Lauren Lawley Head.

“The entire Ultimate Gig team was thrilled to have an opportunity to work with Chrissy and Christian. We started out working together on some preliminary information and research gathering, but it was quickly apparent that they could contribute at a higher level,” said Lawley Head.

By the end of the project, they became significant contributors to one of the book chapters.

“They brought a fresh perspective to the project that helped to elevate the final manuscript,” said Lawley Head. “It’s been an incredible journey and I’m excited to watch what they do next.”

The opportunities gained from working on Ultimate Gig gave Schreiber and Panier a front-row view to the changing habits of the American workforce – real time.

“We’ve had some amazing opportunities to talk directly with companies that have revolutionized the workforce,” said Schreiber. “I’ve talked with the CEO of Rover, the press team on Rover, Etsy store owners, Uber drivers and more. It was interesting to chat with them and see where the gig economy is going.”

What has impressed Dr. Marshall the most throughout this process has been Panier and Schreiber’s ability to adjust their writing styles depending on each project.

“They had to be able to recalibrate their tones in their writing style,” said Dr. Marshall. “On Contemporary Selling and Marketing: Real People, Real Choices, their audience was undergraduates. The other two textbooks are graduate level and upper-level undergraduate, more heavily focused on lots of research and journal article sourcing. And Ultimate Gig is a trade book and thus more of a conversational tone.”

What is especially impressive is that since work on these different books overlapped to some extent, Panier and Schreiber quickly realized that they had to be mindful of the different tones and toggle their contributions appropriately to fit each book’s unique character. 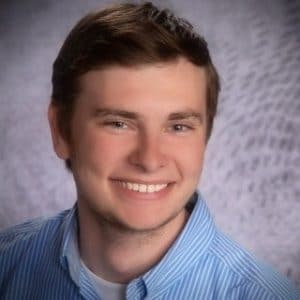 Panier, who didn’t have a business or marketing background prior to Crummer, is getting a deeper dive into the intricacies on the marketing field through these projects.

“Taking the marketing classes itself are great as a foundation, but if marketing is the lane you want to go down, there’s no better way than doing what we’ve been doing,” said Panier.  It’s worth noting that both students had the unusual opportunity of taking the Crummer Marketing Management course in a team-taught format from both Dr. Marshall and Dr. Johnston.  “Mark and I have been at Crummer together a good while, but we’d never actually both taught a course together before,” said Dr. Marshall.  “It was a real treat.”

It also doesn’t hurt their resumes to say they’re contributing writers on a several marketing and sales textbooks before even graduating with the Crummer MBAs.

“As graduate students, you should be actively pursuing more information on what you are learning about in the classroom, so when something like this piques your interest, you ask for more information,” said Schreiber.

Next up, the pair will be working on a brand new product that Dr. Marshall has signed along with a professor in the UK. This Strategic Marketing book is being created from the ground up based on a strong market need for a book that connects strategy with analytical tools.

A tall task, especially with the pandemic changing the marketing strategies of so many companies.

“This entire time has been engaging; we’ve felt like we are part of the conversation more than just doing assigned work,” said Schreiber.

Dr. Clinton Daley `20DBA, a businessowner in Jamaica, examined the role of competitive advantage to help small businesses succeed against large corporations on the island.