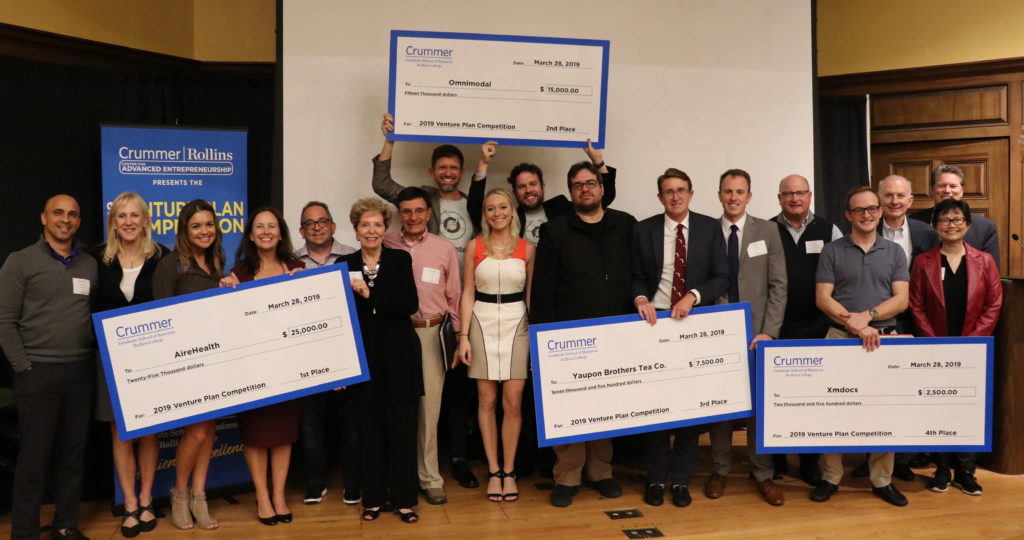 Finalists will vie for their share of a total prize valued at over $100,000.

During this exciting event you will watch the 3 competition finalists present their product or service in front of a panel of distinguished judges all of whom are successful investors and/or entrepreneurs.

Event location: Online. Login instructions will be emailed to registrants prior to the event.

Your voice is important to us. Therefore, you will also be able to vote for your favorite pitch tonight. Please fill out this survey: https://drpete.wufoo.com/forms/m6fdg5i0hw1m01/

Join us for the 2021 Annual Venture Plan Competition

Register below to attend the exciting virtual live event on Thursday, March 18 at 5:30 PM.

Fill out my online form.

About the Annual Venture Plan Competition

The annual competition, hosted by Crummer every year since 2015, is Central Florida’s largest, most prestigious, and comprehensive business plan and pitch competition for startups. Open to all regionally headquartered startups, the annual competition is where teams battle for funding, exposure, and mentorship in front of the region’s top entrepreneurs, leaders, and venture capitalists. Participants compete for prize money before multiple distinguished judges panels, all of whom are successful investors and entrepreneurs. The competition continues to serve as the platform for Central Florida startup companies to gain exposure and funding.

Fast Facts About the Competition 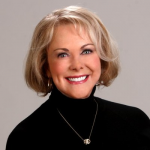 Judi founded Awsumb Enterprises in 2003 to assist CEO’s and business owners to examine all facets of their business in order to take it to the next level of growth. Judi has worked with CEO’s and executives in a number of innovative and high-growth companies. Her prior experience in Corporate America, as a Vice President where she grew from 16 million to over $200 million in Florida provides the necessary background and skill set to understand each threshold of business growth for the corporate and entrepreneurial environments.  Awsumb was one of three founding partners in launching GRAND Media, a national media company targeting first-time baby boomer grandparents. In four years as Executive VP, she drove all elements of growth for the new enterprise.

In 2017, Judi founded, WE-Women Entrepreneurs, powered by CEO Nexus.  This group of women owned businesses are generating a minimum of $1 million-plus in annual revenues.

She serves as a board member for Florida Executive Women and Chair, of Programs 2018-2021, and Rollins College Athena Powerlink Governing board 2010-present. She is a member of the Seminole State College Women’s Business Center Advisory Committee.  She serves on i4 Business Magazine Advisory Board. She was the keynote speaker for Ricoh International North Region, for 2019 International Women’s Day. 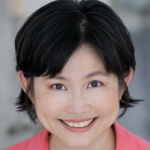 Kathy Chiu is a Founding Partner of DeepWork Capital, formerly the FAN Fund, an early-stage investment fund that launched in November 2015 that invests in high growth early-stage companies in Florida. Prior to DeepWork Capital, Kathy was the president and founder of Venture Catapult, a strategy and business development consulting practice that specializes in new market entry and has clients ranging from US based Fortune 500 to Asian technology companies. She was also a wireless venture capitalist with Denver-based iSherpa Capital and served in a variety of roles at Lefthand Networks, Cornerstone Research, and Compaq Computers. Prior to her business roles, Kathy was an electrical engineer and worked in technical positions at Superconducting Supercollider Laboratory, Tektronix, and MIT’s Media Lab. Kathy has an MBA from Stanford Graduate School of Business, and an BS and an MS in Electrical Engineering from Massachusetts Institute of Technology. 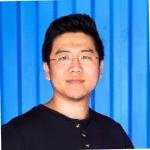 Jacques is CTO and co-founder at the fintech startup Fattmerchant, author of “Time Hacks”, and co-founder of Orlando Devs, the largest developer meetup in Orlando. He has a passion for building products, bringing them to market, and scaling them.

Jacques has co-founded several successful startups, creating hundreds of jobs across the Greater Orlando region. As Chief Technology Officer and co-founder at Fattmerchant, his team has built an integrated payments platform that processes $10B in payments annually while scaling the business 1 to 150 employees. His companies have been recognized at events such as Rollins Pitch Competition, GrowFL, Starter Studio Demo Day, Orlando Tech Demo Day, and YPO Fastpitch and have gone on to create hundreds of new jobs in Orlando region and beyond.

Jacques has expertise in product strategy and scaling out product teams and infrastructure for growth. He loves building products that people enjoy while making them more productive. 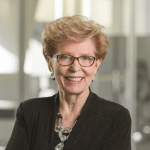 Diana LaTour is an astute business executive and visionary, a builder of successful new enterprises, an experienced board member and investment strategist. Ms. LaTour has served the high technology, healthcare, and consumer industries for over 30 years. Currently she serves as the Managing Partner of LaTour & Associates, an international consulting firm focused on innovative business strategies and development, Operating Partner for LFE Capital, a private equity firm with a focus on investments in innovative health and wellness companies and CEO of X-lumin Corporation, providing Optical Wireless Communications solutions to the telecommunications industry with a focus on 5G/6G backhaul. Ms. LaTour has demonstrated leadership skills and extensive business and marketing management experience in entrepreneurial business ventures, turn-around management and corporate operations. She has been successful in starting and building new ventures, repositioning under-performing organizations, identifying and negotiating mergers and acquisitions for successful companies, and restarting failing businesses.
Richard Licursi, Managing Partner, VenVelo 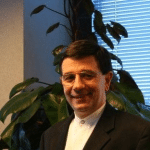 Richard Licursi has co-founded 5 companies in Central Florida, creating more than 700 career opportunities. For most of his 35-year career, he has worked with early-stage companies, raising nearly $80M in venture capital and has provided investors with more than 8 times the return on their investments. He has successfully exited 4 Companies, 3 of which he co-founded and 4 of which he was president and CEO.
He is a Managing Partner at venVelo, a seed stage venture capital fund making early-stage investments in management teams with a creative vision and the skills to effectively scale that vision into a profitable business venture. He currently serves on the Boards of 5 early-stage companies. 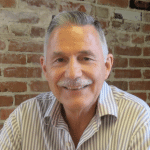 Dennis is cofounder and CEO of SeedFundersOrlando, a seed capital firm in Orlando investing in pre-revenue technology startups. For over 30 years Dennis has been involved with starting and advising new technology ventures. He founded and scaled a VC-backed optical information processing firm, Photonic Systems, in Melbourne before joining a VC-backed corporate technology commercialization firm, Milcom Technologies, in Maitland. He founded and managed a coworking space in downtown Orlando, Catalyst Spaces, and currently edits two online news publications, Florida Venture Sourcing and Orlando Venture Sourcing. He is on the Board of Advisors of the Rollins College Crummer Graduate School of Business Center for Advanced Entrepreneurship as well as a member of the Orlando Technology Council. Dennis has an A. B. in Physics from Cornell University and a Ph.D. in Physics from Duke University.
Richard Powell, Co-Founder Sr. Managing Director, Project Black Ariel Alternatives, LLC 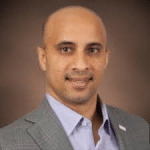 Richard Powell is Senior Managing Director of Ariel Alternatives, LLC and Co-Founder of Project Black Management Company, LLC. He was formerly Co-Founder and Sr. Managing Director of APC Holdings, LLC. He has 18 years of private equity experience. Richard has served on one public and 12 private company boards, including ZeroChaos ($1.2 billion in revenue at exit). He has corporate finance and M&A experience with Bear Stearns and UBS Warburg, and he serves as Advisor to the Billion Dollar Roundtable (29 leading F500 firms) on capital access for minority and women-owned companies.

He is a frequent speaker at M&A and diversity events on capital access for MWBE’s. Richard is a member of the Young Presidents Organization (YPO), the Harvard Alumni Association, the Andover Alumni Council, World Economic Forum (YGL ‘09) and Nexus Global Philanthropic Network. He is a Board member of ACG Orlando and Nexus Caribbean. He holds a BA in Economics from Harvard University.

Mr. Riley founded Legacy Fund in 2006 for the purpose of investing in privately held businesses and commercial real estate. Mr. Riley founded ZeroChaos in 1999 and sold the company in 2005.  ZeroChaos, with annual revenues exceeding 3 billion dollars, pioneered a new staffing model changing the way Fortune 200 Companies source, manage and administer their contract labor workforce.  The company provides services in 14 countries around the word. Prior to ZeroChaos, Riley founded and held several positions in Transworld Services Group in Orlando, Florida.  Over the course of 11 years, Transworld grew into one of the largest independently owned staffing companies in the Southeast.  Transworld was the innovator of “insourcing” where they took day-to-day departmental control within a diverse Fortune 500 client base.  The company was sold in 1996. He serves on several boards of private and non-profit organizations including Rollins Crummer Graduate School of Business, ABC Fine Wine & Spirits, Edyth Bush Charitable Foundation, PlanSource and The Geneva School.  Mr. Riley received his bachelor’s degree in liberal arts from Rollins College in 1982 and a bachelor’s degree in chemical engineering from Georgia Tech in 1984.
Ben Patz, Managing General Partner, DeepWork Capital 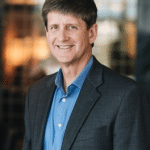 Ben Patz has a career developing entrepreneurial technology companies in aerospace systems engineering, information technology, and electronic systems. He is currently Managing Partner at DeepWork Capital, focused on early-stage technology investment in Florida. He has a diverse engineering background with particular interest in artificial intelligence and data analytics He was principal investigator on a number Small Business Innovative Research (SBIR) grants relating to the application of Fuzzy Logic and Neural Networks to decision systems. His roles have included highly technical positions to executive leadership positions in multi-thousand-person organization, but he currently spends his time helping to build the entrepreneurial ecosystem in Florida. He has received the University of Central Florida Professional Achievement Award for the College of Engineering and Computer Science in 2006 and 2016 and was named CECS distinguished Alumni in 2011.

Thank you to our 2021 Competition Sponsors

Our mission is to develop global business leaders and innovators through a high quality, integrated, experiential education that prepares them to add significant value to their organizations and communities.