This workshop series provided by the Center for Advanced Entrepreneurship at the Crummer Graduate School of Business at Rollins College offers you the opportunity to expand your skills and drive your business towards accelerated growth.

These workshops, taught by experts and successful entrepreneurs, are designed to provide you with knowledge and tools you will be able to immediately apply to your business.

Program Schedule: The workshops below are intended to help growth stage companies boost operating efficiency and revenue. Our workshops are designed to be highly interactive and are built and run by experts in the field.

Selling is one of the most important functions of any business. Today’s environment has created the necessity to sell and pitch virtually. Learn the tools needed to be effective in this new realm including the fundamentals of virtual presentations, advanced techniques for getting and keeping engagement and the secret to giving a great pitch. 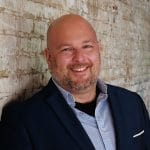 Gabe Zichermann is an entrepreneur, author, public speaker, mentor and teacher. His 3 books and dozens of workshops on Gamification and Behavioral Design have set the standard in teaching how to build for engagement across many industries and countries. Gabe has co-founded 6 high-tech companies in his career, always at the forefront of emerging technologies such as gaming, artificial intelligence, machine learning and their interface to human behavior. His latest project, Failosophy, looks closely at why people, companies and industries fail, and the lessons from those that have positively leveraged their mistakes to foster a true culture of innovation.

Gabe is a polyglot and frequent, expert keynoter with a culinary streak. Originally from Canada, he’s visited over 100 countries and counting and currently resides in Los Angeles.

Are you utilizing your employees in the best way possible? Or are there areas of your business that should be outsourced? Join us as we review development plans and factors to consider when outsourcing. 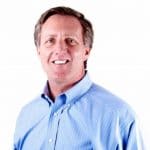 Joe Raymond has proven his success as a business leader and innovator in a diverse array of environments. Adept in all areas of operational and financial management, he counts his problem solving competencies among his greatest strengths. He is also extremely knowledgeable in systems and process development, improvement and implementation.

A natural leader, his easy-going and adaptive style lends itself well to the ever-changing environment of the corporate world. He invokes the trust and confidence of colleagues and subordinates alike, and is identified as someone who can meet and overcome challenges of any degree.

Currently, Raymond serves as a Managing Partner of RVR Consulting Group, a business management services company that provides executive level management solutions for small to midsize companies that are either in high growth or turnaround situations. RVR has experience and expertise in various sectors including medical fields, technology, staffing, customer service, manufacturing and distribution.
Raymond served as the President of ASG, a performance based staffing company, overseeing the sales and operations from 2004-2007. Under his leadership, the company grew from $3 million to $150 million in revenue. In 2007 Raymond sold ASG to a publicly-traded, private equity-backed, technology-based human resources management firm. Prior to ASG, Raymond founded Transworld Services Group, a strategic staffing firm responsible for placing workers in temporary staffing positions. Under his leadership, the company grew from $0 and 4 employees to over $45 million and 4,000 employees.

Raymond revolutionized the temporary staffing industry when he developed a performance-based staffing program geared toward production environments. In 1994, the company was named Inc. Magazines’ 53rd fastest growing privately-held company. He then went on to facilitate the company’s ISO 9002 certification, an internationally-recognized standard of quality achieved by only a few of the thousands of staffing companies worldwide. In 1996, he prepared the company for sale to Core Staff, Inc, for the purpose of utilizing its product and disseminating it through its 140 offices nationwide, the end result being a higher internal growth and profitability margin to CoreStaff.

After the sale of Transworld, prior to joining ASG, Raymond owned a consulting company specializing in public and private companies that needed financial, management, and organizational restructuring.

Raymond earned his Bachelor of Arts degree from Rollins College in 1984, with dual majors in Business and Economics. He then started his career as a consultant with JJR, Inc., an independent financial consulting firm specializing in providing financial, operational, and administrative business growth solutions for companies nationwide.

Raymond is committed to community involvement. He is a board member of several Central Florida organizations, a continued supporter of Rollins College and a local soccer coach. Raymond is the chair for the Conductive Education Center of Orlando (CECO), which opened its doors in 2001 with the support of local families who wanted a program that would challenge their children with motor disabilities to acquire new skills. CECO’s mission is to combine physical and social educational methods to meet the unique needs of children with motor and cognitive disabilities.

For over 30 years, Dennis Pape, Ph.D. has been starting and advising new technology ventures. He is focused on providing startups and early-stage technology businesses with the tools they need to get noticed and funded.

Currently, Dennis is the cofounder and CEO of SeedFundersOrlando, a group of accredited angel investors with a mission to partner with Central Florida’s most promising scalable, pre-revenue technology startups – supplying seed capital, mentoring, and connections to accelerate their growth and position them for success.

After working in engineering leadership positions at Texas Instruments and Harris Corp., Dennis founded his first company, Photonic Systems Inc. He then went on to become a key player in a number of corporate technology spin-outs while at Milcom Technologies and later cofounded and directed Catalyst Spaces, a coworking space in downtown Orlando which also housed VentureScaleUp, a technology accelerator for advanced startups. 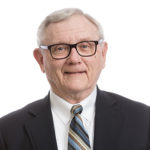 William A. Grimm, J.D. is a faculty member of the Rollins College Crummer Graduate School of Business as Executive-in-Residence for Negotiation and Entrepreneurial Finance where he brings many years of experience with venture capital, public offerings, mergers and acquisitions, corporate governance, and negotiation into the classroom.

Mr. Grimm retired as a partner in 2009 from the GrayRobinson law firm in order to become a full time faculty member at Rollins.  Before entering law school, he was the chief financial officer of a publicly held company and later a vice president of corporate finance for an investment banking firm. He served as an officer in the U.S. Navy after graduation from Penn State, serving as the Supply Officer of a destroyer.

Mr. Grimm is vice chancellor of the Episcopal Diocese of Central Florida and is a member of the Florida Bar.  He is the author of What Entrepreneurs Need to Know; Avoiding Big Mistakes That Can Prevent Success.

He holds a Bachelor of Science degree in Mechanical Engineering from Penn State, a Master of Business Administration degree from the University of Florida and a Juris Doctor degree from Stetson University, College of Law.

Market Diversification: Strategies for Executing in a New Marketplace – November 10 | 8:30am - 10am

Diversification can happen by choice or by factors beyond our control (economic, health related, political). Either way, you need a strategy to alter the course of your business. Learn what to consider before you act and how to execute once the strategy has been defined. 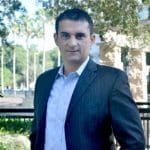 Andre Uribe is the Executive Vice President of Sales and Marketing for Qualus Power Services, (formerly Power Grid Engineering). Uribe is responsible for developing business strategies tailored to market needs, while proactively initiating new partnerships and aligning business goals with company objectives. Serving as a brand ambassador, Uribe’s vision is to lead the organization’s strategic growth and expansion of its services lines and empower his team to continue building and maintaining long-lasting partnerships to make a positive impact in the power industry. Uribe’s areas of expertise include business intelligence, strategic planning, account development and acquisition, sales and market analysis, corporate social responsibility and branding.

Fill out the form below to register.

Fill out my online form.