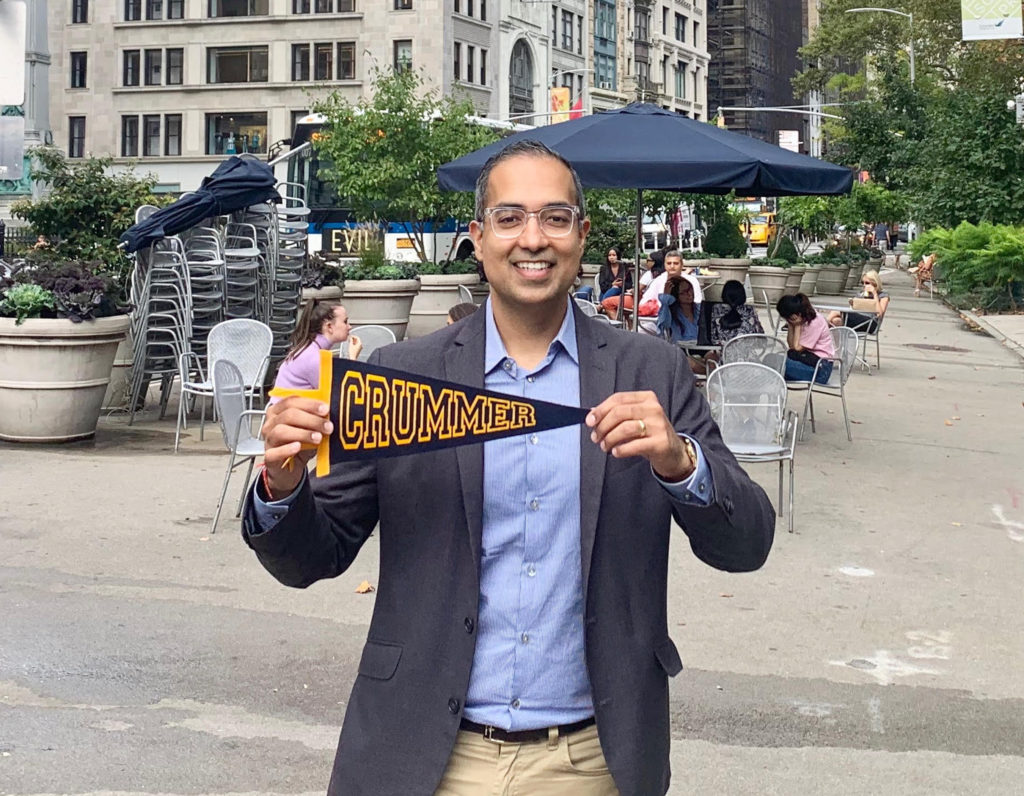 This article appears in the 2020 September edition of the Center for Advanced Entrepreneurship newsletter.

If there was a genetic code for entrepreneurship, Sachin Jaitly would certainly have it. Growing up in a household of entrepreneurs, he was exposed early to the mentality of an entrepreneur.

“I always knew I’d start my own business. It was in my DNA,” says Jaitly.

With this goal in mind, Jaitly co-founded a company that continues to scale today, was apart of another company that exited to Oracle, and is currently the co-Founder of a venture capital fund.

While a student at Rollins, Jaitly put his entrepreneurial skills to work when he and a fellow classmate created a marketing and promotions company targeting hospitality venues. The business gained traction and in the early 2000’s the founders were netting about $1K a week. Not bad for budding entrepreneurs – it’s all relative!

Post Rollins, Jaitly enrolled in the Crummer Graduate School of Business to pursue an MBA. In 2003, degree in hand and a concentration in finance, he set his sights on the CFO track: analyst, financial manager, controller. He started at NBC-Universal (NBCU) in Orlando and moved up to the corporate office of GE in CT, who owned NBCU at the time. With a sharp mind, strong work ethic and willingness to learn, Sachin was climbing the ladder and gaining more responsibility.

“I was performing well enough in my jobs, but was not passionate about the field,” remembers Jaitly.

Then came a serendipitous moment that altered the course of Jaitly’s life and led him into entrepreneurship. It began with a trip to CVS to purchase a Vitamin Water.

“I walked out with the bottle and a two-foot long receipt. I thought to myself that’s a lot of paper for one product and took a hard look at what it included,” said Jaitly. “It got me thinking, what if there was a digital receipt?”

That night, Jaitly shared the idea with friends. They loved it! By night’s end, they already had a domain name; flexReceipts. The value-add was to provide offline retailers with customer data they could then use to engage customers in targeted offers through an electronic receipt.

They took a chance in 2012 and entered the Crummer Rollins Venture Plan Competition. They won the competition and a $20K check! The team continued to build out the technology and seek capital. After a rollercoaster of events, the team was able to successfully raise capital and build out a meaningful roster of clients. Jaitly stepped down as CEO, but remains an advisor and investor to the company. flexReceipts has been renamed flexEngage to encompass their expanded product line.

With a growing interest in data analytics, Jaitly joined Datalogix early in the development of the company. Datalogix aggregated and provided targeted insights to marketers on over $2 trillion in consumer spending from 1,500 data partners. Jaitly managed relationships with several of the company’s largest clients in the digital advertising industry. The company was acquired by Oracle in late 2014. 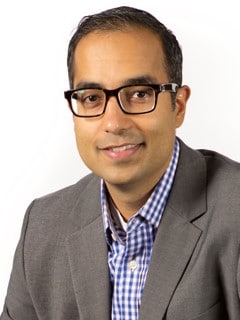 This was a great time in Jaitly’s life. He had basically “stumbled” into the world of data analytics the day he walked out of CVS with a bottle of Vitamin Water and a receipt. He had been scaling and growing companies and felt in control of his destiny. Things were only going to get better. Another serendipitous moment was about to take place…

This time, Jaitly was out with a friend who was just finishing up graduate business school. They got talking and Sachin asked, “What do you plan to do when you finish school?” The friend replied, “Start a venture capital fund.”

Coincidentally, Jaitly had been working behind the scenes on a business plan for a VC firm but shelved it. The two friends set about to create an investment thesis and strategy. Six months later, in January 2018, the two friends formerly launched Tessera Venture Partners with a focus on blockchain and artificial intelligence companies. With connections to tech entrepreneurs and access to capital, they set out to prove their thesis worked. They ended up with a “proof of concept” fund and raised $2.5M, which was spread across five companies. In the first two years, they tripled the value of the funds and are on track to return 5-10x capital for their investors. Recently, the company launched their second fund with a goal of $30M.

“We are hitting every milestone along the way and having a ball!” said Jaitly.

When asked whether Jaitly preferred the role of VC founder or tech entrepreneur, Jaitly replied, “Being a VC founder is very different than being a tech startup founder. Being a VC founder is like driving a car with power steering. You’re working with CEO’s to provide guidance. As a tech startup founder, it’s like you’re going downhill with no power steering and there are landmines everywhere! You must raise capital and obtain clients at the same time which can be painful. As a VC founder, you still have to raise the capital, but you don’t have to fight as hard to get portfolio companies. It’s a smoother ride.”

As a VC founder, Jaitly has been able to capitalize on the intersection of his financial and technology background.

Currently, Jaitly is working on his doctorate, with a thesis focused on how blockchain impacts global monetary policy.

With COVID-19 and the infusion of governmental cash into our economy, 2020 may be the catalyst year for cryptocurrency adoption.

“It’s a great hedge to inflation,” says Jaitly.  “With cryptocurrency, like Bitcoin, there is a limited supply and it offers unique advantages that other asset classes do not.  Such as, portability across the Internet, divisibility to buy/sell small fractions, and transparency to every transaction in the network. It’s also safe – you can trust the network. Right now, there is a movement amongst funds to begin allocating 1% – 2% of capital towards Bitcoin and you’ll see this trend in cryptocurrency continue to increase over the next decade.”

A prediction, if true, will yield great rewards for Jaitly’s VC firm.

Everything hasn’t always resulted in wins for Jaitly,

“I’ve experimented more, and failed more than I’ve succeeded. The failures have shaped my perspective and provided stepping blocks to get me where I am today,” said Jaitly. “The greatest lessons I’ve learned along the way are to 1) be comfortable making decisions even when you don’t have all the information you need; 2) have a bias for action, avoid analysis-paralysis; 3) adhere to timelines and commitments, and 4) follow your passion. Take the time to experiment with what you are passionate about.”

Jaitly continues to follow his own advice. He’s found his passion. And, he continues to act by expanding his business and his knowledge (he’s weeks away from publishing a paper on the topic of Bitcoin with a current Executive DBA student at the Crummer Graduate School of Business).

EASE Applications: A Blueprint for Success

A Message from the Dean: Celebrating Black History Month in the Crummer Community

February marks the annual start of Black History Month, a time to celebrate and honor all of the activism and achievements made in the Black community.

Dr. Clinton Daley `20DBA, a businessowner in Jamaica, examined the role of competitive advantage to help small businesses succeed against large corporations on the island.