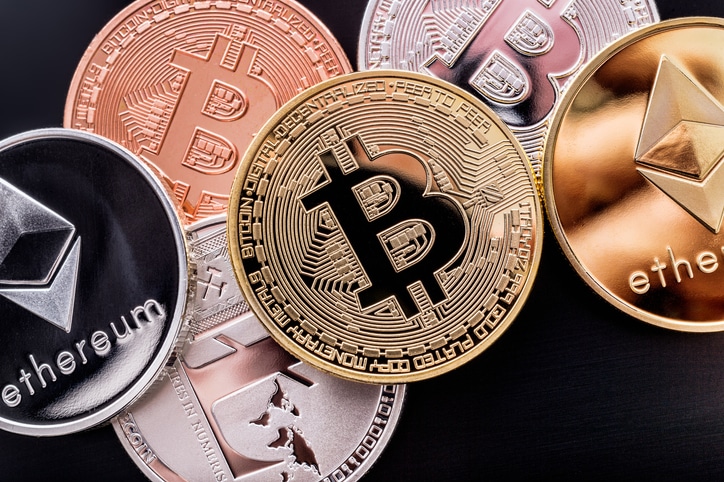 Sachin Jaitly ’02 ‘03MBA and EDBA candidate Gregory Mecca of Tessera Venture Partners make the case for Bitcoin as a store of value and hedge against inflation.

One of the biggest revelations during the ongoing pandemic recovery has been the explosion of blockchain and cryptocurrencies.

While still highly volatile, crypto leaders like Bitcoin and Ethereum are up over 600% and 2200% year-to-date, respectively.

A serial entrepreneur and managing partner of Tessera Venture Parters, a VC firm heavily focused on companies exploring blockchain technology, Sachin Jaitly ’02 ‘03MBA has long advocated for the real-world applicability of blockchain. He and Crummer EDBA candidate Gregory Mecca recently teamed up to write a research paper called The Perfect Monetary Policy? Is Bitcoin really digital gold, and can it save us from inflation.

By definition, blockchain is a digital ledger that can permanently record transactions between two parties efficiently and securely. Think of your typical supply chain system working at light-speed with no errors, and all of the data of the transactions being recorded.

Over the past year, early adopters are starting to enter the blockchain environment. The most mainstream and recent use of blockchain technology is found in the explosion of NFTs (non-fungible tokens), which are certified, unique digital assets.

Cryptocurrencies like Bitcoin are also built off of the underlying technology on blockchain.

Over the past few months, early adopters have announced their intention to start holding Bitcoin on their firm’s balance sheet. Perhaps the highest profile company to do so is Elon Musk’s Tesla, which invested $1.5 billion in Bitcoin to add to their balance sheet earlier this year.

Digital payment company Square, Inc. has also announced they have purchased Bitcoin twice to add to their balance sheet. More recently, WeWork and TIME Magazine (in partnership with Grayscale Investments) have announced plans to hold Bitcoin.

“There’s been an acceleration in adoption, fueled by COVID. In my opinion, history will judge 2020 as the catalyst year for cryptocurrency and blockchain,” said Jaitly.

Why Are Firms Doing This?

As explained in Jaitly and Mecca’s paper, companies and investors have long sought ways to protect against inflation via hedges that do not have fixed principal value, like gold. Gold has always been a conventional hedge against inflation, as it is a monetary asset with a finite supply.

“Bitcoin, in contrast, is a relatively new financial instrument sharing some attributes of gold, such as scarcity, since there is a finite supply of coins ~21 million. As such, it has drawn increasing interest from investors as an alternative hedge against inflation. If that is true in practice, Bitcoin would be a store of value,” Jaitly and Mecca said in their paper.

In the case of Tesla, they report holding Bitcoin on their balance sheet under digital assets. In Q1, they reported that they sold 10% or roughly $272 million worth of their Bitcoin holdings to “prove liquidity of Bitcoin as an alternative to holding cash on the balance sheet,” according to CEO Elon Musk.

Of course, Bitcoin comes with a much higher volatility rate than something like gold, often swinging down 80% or going up 200% in a matter of months. Jaitly justifies this as “price discovery mode” and that volatility will occur until the market settles into what Bitcoin as an asset class should be priced at.

This volatility puts Bitcoin and other cryptocurrencies in a position that they cannot realistically be used a digital currency until they start to stabilize, Jaitly said. However, as a long-term store of value, Jaitly says Bitcoin is doing exactly what you’d want it to.

“Bitcoin is often conflated as a medium of exchange,” said Jaitly. “I don’t think people will be using Bitcoin to buy pizza within the next decade; however I do think that’s the next chapter, but we are not there yet.”

Why Not Another Cryptocurrency?

A quick Google search of “cryptocurrencies” yields hundreds of different coins and projects that are being built on blockchain technology.

Ethereum, Chainlink, Litecoin, and the latest meme-crazed Dogecoin are all other crypto projects with over $30 billion market caps.

Similar to the dot-com bubble of the late 1990s, there are hundreds of cryptocurrencies out there simply getting money invested in them because they exist.

It can be a risky game attempting to speculate on which projects hold long-term value, but Jaitly points to the first-mover advantage that Bitcoin has on the rest of the market.

If there are any certain guarantees right now, it’s that the crypto space isn’t going away any time soon. The most popular exchange for buying and selling cryptocurrencies, Coinbase, went public on the NASDAQ in April with a nearly $60 billion market cap.

Jaitly and Mecca reiterate in their paper it’s a very exciting time in the FinTech space, and there’s still a long way to go.