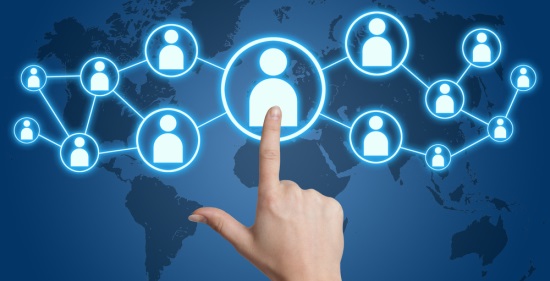 This article appears in the July 2020 edition of the Center for Advanced Entrepreneurship newsletter.

When someone’s name is mentioned several times from different sources and “funemployed” is an occupation listed on LinkedIn, curiosity sets in and you want to know more, more about Richard Harem ’04MBA, that is. 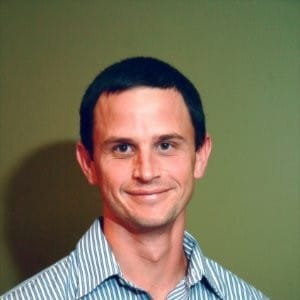 Harem is not only a Crummer alumnus and a serial entrepreneur, he is a seeker of diversity in intellectual thought.

In 2004, Harem graduated with an MBA from the Crummer Graduate School of Business at Rollins College. Thinking he was pursuing a degree solely for academic knowledge, he was pleasantly surprised that he walked away not only with a laptop, but an understanding of how technology could be used to both gather insight into and assist businesses, and the value of working in teams.

The Crummer Early Advantage program is structured around cohorts and within them is extensive teamwork. Harem quickly learned that everyone on the team would contribute to a project based on his or her strengths rather than one person doing all the work, and everyone taking credit, which had been his undergraduate experience.

He would later leverage this knowledge and build a strong team which led to a 50% growth rate in his business year-after-year. To date, he recommends the book, Wisdom of Crowds, by James Surowiecki which states, “a diverse collection of independently deciding individuals is likely to make certain types of decisions and predictions better than individuals or even experts.”

While a student, Harem was given the opportunity to participate in the Crummer Mentor Program. He was paired with Jim Barnes, a Winter Park bank founder, entrepreneur, philanthropist, active board member and supporter of the Crummer Graduate School of Business at Rollins College, and a community leader.

“One of the best things about Crummer was my mentor, Jim Barnes. Jim had a way of listening and asking questions that got to the heart of any issue. He challenged me to improve on my business skills. Networking was one thing I struggled with, so he invited me to one of his social parties and simply asked that I introduce myself to one stranger,” said Harem. “Jim, like every good mentor, found a way to push me and acquire many of the skills which I would later call on for success.”

After a few years working as a consultant, Harem went to work for Jim Barnes in the financial industry.

In 2011, after connecting with a friend in the luxury residential audio, visual, and lighting control systems market, Harem and another individual formed a partnership. Harem likes to say that every successful business is like a tripod, it must have a strong technical person, sales/marketing person, and operations/finance person. He brought the operations and finance skills to the business, while his partners completed the ‘pod.’ Seeing an opportunity, they expanded into the commercial world and as they say,” the rest is history.”

After seven years, he attributed the success of Zio to:

In year eight, Richard decided to sell and move on.

A staunch believer in capitalism, which he views as “the energy of the world;” entrepreneurs are the spark that start the fire, capital provides the fuel, and the leaders sustainably stoke the fire. Harem then set out to discover what other cultures around the world thought about entrepreneurship and leadership.

While initially wanting to travel for a year and a half, COVID-19 interrupted his plans. Nevertheless, he was able to travel to several places including New Zealand, Australia, Singapore, Cambodia, Thailand, and Vietnam. He interviewed 15 people a week including entrepreneurs, investors, business leaders, government officials, and non-profit leaders listening to their stories and asking such questions as, how you define success, and what percent of success is luck and what percent is skill.

Richard quickly learned that success is defined differently across the globe. For instance, in New Zealand success is measured in terms of the “beemer, the boat and the beach,” essentially, a BMW, a boat and a holiday home typically on the beach, but beyond that they seek the good life – quality time with family and friends, and work hard to eliminate stress in their lives.

In both Australia and New Zealand success can be affected by ‘the tall poppy syndrome’. It is based on the idea that poppies should all grow together, at the same height and speed, and if one becomes taller than the others it should be cut down to size to ensure uniformity when viewed from the outside. In the workplace, it is the practice of “cutting down” those who experience success by mocking them or criticizing them publicly, and even implying there is a reason other than merit for their success. It can lead to a lack of ambition and destroys the mentor/mentee ecosystem.

In general, Richard found people believe success is about 60% skill and 40% luck. He, however, believes success is 99% skill and 1% luck; we have control over our destinies; if we do the work, we’ll get the reward. Regardless of skill or luck, the notion that innovation comes from adversity seems universal. Trials in life drive us to discover new processes, services or products.

All in all, capitalism is alive and well in the world. Societal values and standards drive what their members view as success. There is no right or wrong view. In the U.S., we value ambition and ingenuity. In Cambodia, family and community take precedence. We must each decide what we want out of life.

“Success is not a destination it’s the journey,” said Harem. “Over time, we may need to change our definition of success. This holds true for individuals and entrepreneurs.”

Since returning to the United States, Harem has been focusing his energy on a new venture which empowers entrepreneurs to better their lives. Using components of EOS, the company designs operating platforms around the unique needs of a business so they can scale and grow.

He continues to expand his intellectually curiosity, but on this side of the hemisphere (for the time being…).

The Crummer Graduate School of Business at Rollins College held a graduation celebration for the 2020 graduating class.

Dr. Gregory Smith, Founder and CEO of Paxi Inc., was advised to go pitch his business plan at One Million Cups at the Crummer Graduate School of Business – he came back with a $15,000 check from an an